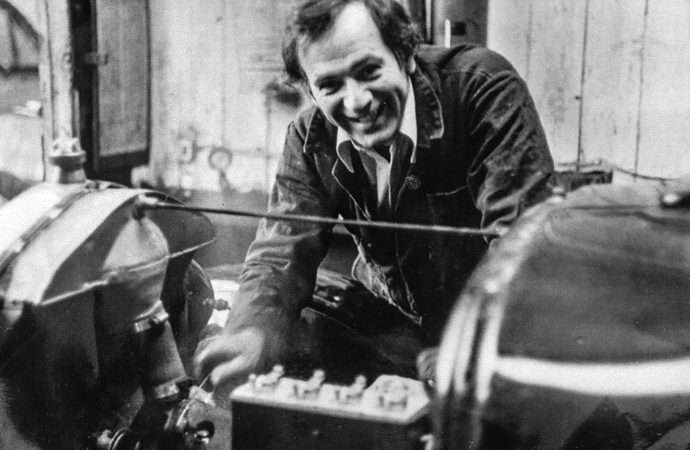 Are you of a certain age? Was your first car a Mini? If you answered ‘yes’, chances are you bought Britain’s most iconic motor from the Surbiton Mini Centre. And Rodger Florio, pictured, was probably the man who sold it to you. Rodger, his brother Tony and their father George, started in business as a

Are you of a certain age? Was your first car a Mini? If you answered ‘yes’, chances are you bought Britain’s most iconic motor from the Surbiton Mini Centre. And Rodger Florio, pictured, was probably the man who sold it to you.

Rodger, his brother Tony and their father George, started in business as a garage and car lot next to the railway bridge in Upper Brighton Road, now the home of LPK Tyres.

It was November 1968, a year after the Beatles drove around in a psychedelic Mini Cooper S in the Magical Mystery Tour, and the year before Michael Caine’s team of gold thieves raced through Turin in three Mk1 Austin Mini Coopers in the crime caper classic The Italian Job.

Tony was mechanic, and Rodger was customer service and sales. Business thrived, and in 1971 they rented a showroom at the corner of Ewell Road and Hollyfield Road from Surbiton racing driver and car designer John Cooper, the man behind the sporty Mini Cooper.

The showroom became the shop window and go-to place for anyone wanting the coolest car of its generation.

Rodger grew up in Cranborne Avenue, Tolworth, with brother Tony and sister Hazel. The youngest, Rodger was born to George and Violet Florio in Surbiton hospital in 1936. The boys were evacuated in the Second World War to Northamptonshire, returning to go to St Joseph’s secondary, Kingston. After school, Rodger was called up for national service. While he enjoyed the camaraderie, he contracted rheumatic fever and didn’t complete his two-year stint.

Back in civvy street, he became a print apprentice, working for Douglas and Gilson in Merton. But he had always shared a love of cars with his father and, realising that was where his heart lay, joined the family car business.

During this time he met bride-to-be Wendy. After a four-year courtship they married at Our Lady Immaculate, Tolworth, on June 27, 1964, with their reception at the foremost road inn of the day, the Toby Jug, before a Ramsgate honeymoon.

The couple settled down to married life in a flat in South Bank Terrace behind Surbiton station. They moved to Elmbridge Avenue, Berrylands, then Thames Ditton before finally settling in Chobham, having had children Jason, Elliot and Elton and becoming grandparents to Jacob, Tyrone and Eileithyia.
Rodger and Tony grew the Surbiton Mini Centre into a highly successful business. When Tony decided to move to Cornwall, Rodger rented out the garage, but kept the showroom.
Good Life editor Tim Harrison recalls interviewing Rodger in the showroom in the early 1980s when a D-type Jaguar (full racing history, £6,000) was on display. “I tried to persuade my father to buy it as an investment, but he thought it was too much to pay for a car,” recalls Tim. Today it would fetch more than £1m at auction.
At the time Rodger was also handling the sale of Ringo Starr’s old Mini to the Beatle City Museum. It had twin petrol tanks so the drummer could drive from London to Liverpool and back without refuelling, and risking being mobbed.

In 2000, tragedy struck. Rodger and Wendy lost 26-year-old Elton – who also worked at the car dealership. Running to catch a train, he slipped and fell under it as it pulled out of Surbiton station. He was taken to Kingston hospital but died two hours later. After that, life was never the same, and in 2003, Rodger decided to retire from the business.

He did, however, keep busy, continuing to restore and sell cars, stripping them down to a bare chassis before renovating and restoring each individual part until the car was as good, or better, than the day it drove out of the showroom. He also became a keen, active member of the Model T Ford Register of Great Britain.
Both Rodger and Wendy made many friends and shared happy times together at rallies, events and socials. Rodger loved taking part in rallies in one of his Model Ts, both in the UK and in Europe, with Wendy his navigator.

Austen Bromley, a member of the vintage car club, said: “Rodger was member 129 in the club. He was one of the early crew that helped to create the club that we all enjoy now. He related many stories over the years of how the club had changed and how it had evolved and improved.

“He joined in the days the Model T was unfashionable. He had a very infectious enthusiasm and supported a lot of people, encouraging them in his own way with the cars. He had a great sense of humour and was a really funny guy. He was a real character and lived life to the full.”

Rodger’s immaculately cared-for 1924 Model T was driven to his funeral at Randalls Park Crematorium on February 6 by son Elliot. The car had once been owned by grandad George.

Rodger’s eldest son Jason, now a photographer living in New York, recalled the times he’d phone his dad, 3,500 miles away, for advice on how to fix his old British motorbike – and how Rodger would be able to talk him through what to do, despite not having owned a Triumph 500 for 50 years.

“Now I guess I’ll have to read the manual!” he joked. “As a photographer, I definitely believe in the old adage, a picture is worth 1,000 words. In dad’s case it was his actions that were worth 1,000 words. He was from a generation of doers, always active, always in motion, just getting on with it without a fuss or fanfare. He may have committed a few of the seven deadly sins over his years, but slothfulness was not one of them.”

As well as being good with cars, Rodger was a practical man, with the ability to turn his hand to anything – renovating three family homes. He was a keen beekeeper, looking after six hives in his well-maintained gardens. He also spent happy hours walking Space, his seven-year-old Blue Bedlington-Cairn terrier, who was also at the service, whimpering occasionally, no doubt missing his master.

The 82-year-old who died of cancer on January 7, 2019, after suffering a stroke in December, was remembered by family and friends at a packed, standing-room-only memorial to Rodger’s life led by celebrant Colin Hawkins.

Mr Hawkins said: “Rodger was a man who loved cars and won many awards for the cars he owned. He was the family’s go-to person, always at hand with advice and instruction, troubleshooting and support. A kind man, always generous with his time and his offers of help, especially when cars were involved, he was hard-working, always active, always getting on with things – without fuss, without fanfare.

“Rodger had a positive effect on many lives – and that in itself is possibly the greatest tribute that can be given.” 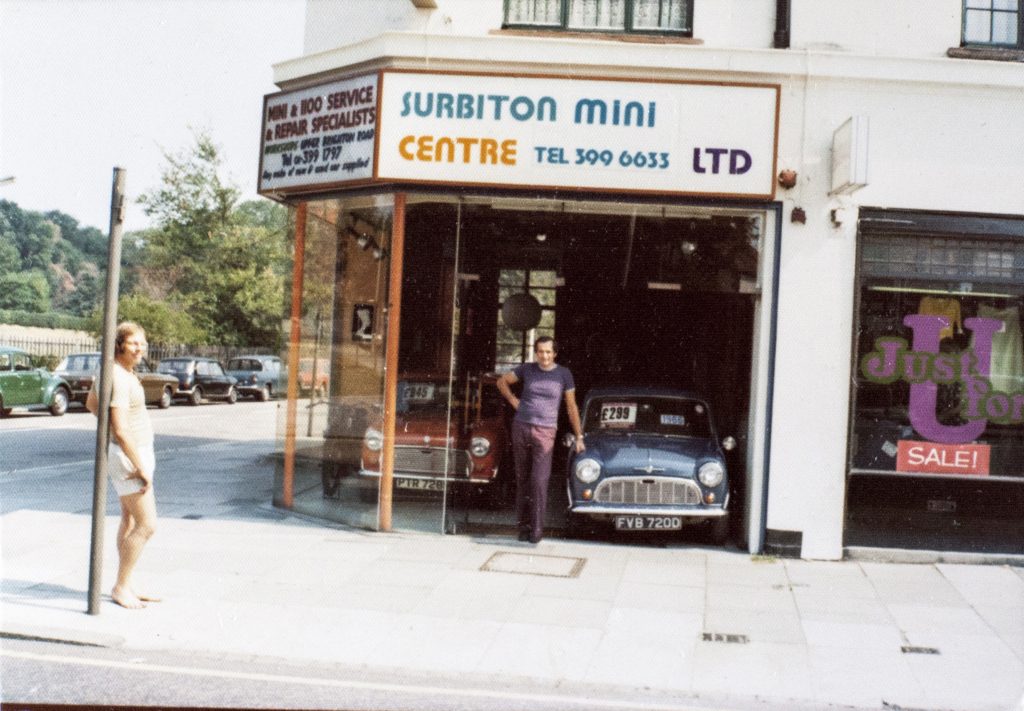 Rodger Florio at the Surbiton Mini Centre in Ewell Road 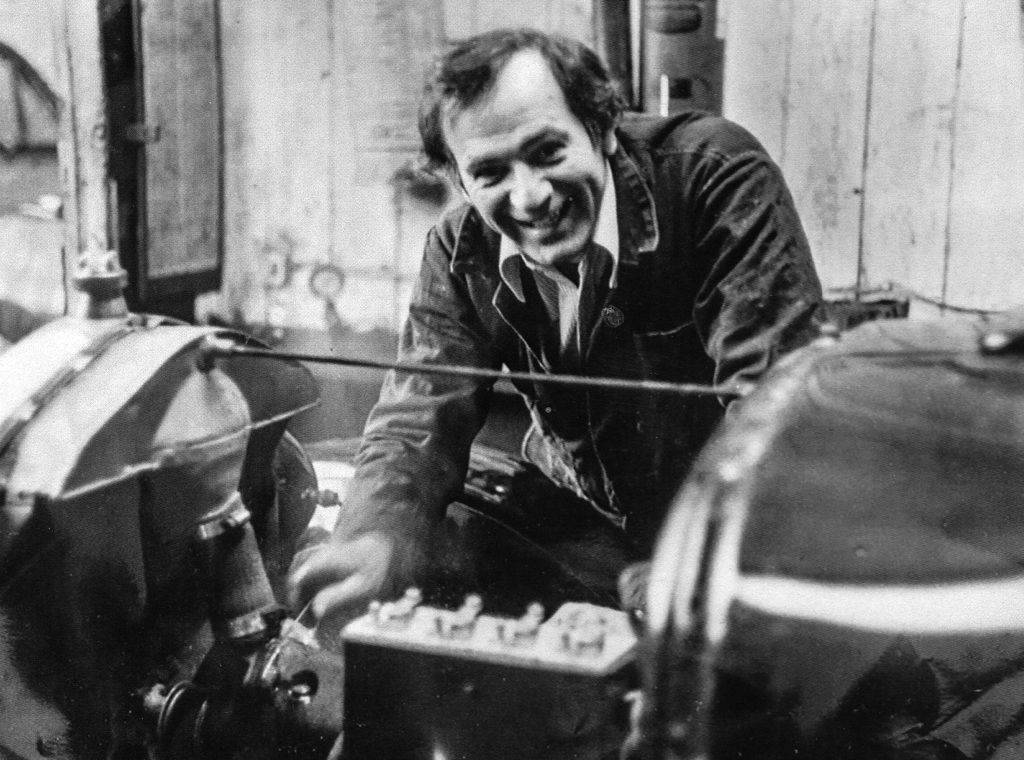