Blues grind out a point 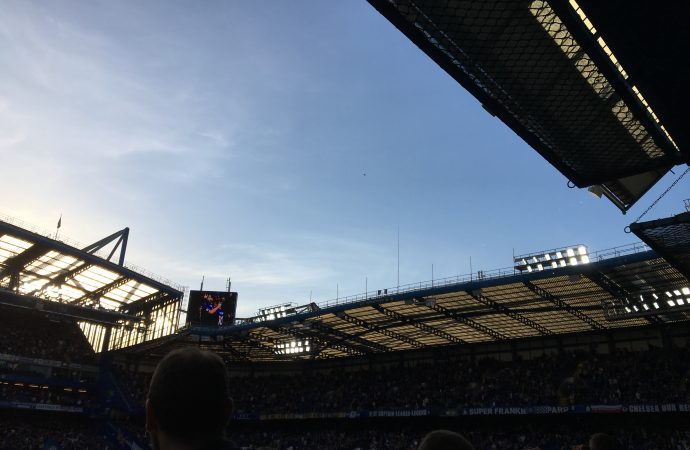 In the end, it was Brendan Rodgers, the Leicester manager, who was most disappointed at the final whistle as the duel against Chelsea, the club where he helped develop many of today’s youth stars, ended in a 2-2 draw. It means that in 14 meetings at the helm of different clubs, Rodgers has still not

In the end, it was Brendan Rodgers, the Leicester manager, who was most disappointed at the final whistle as the duel against Chelsea, the club where he helped develop many of today’s youth stars, ended in a 2-2 draw.

It means that in 14 meetings at the helm of different clubs, Rodgers has still not managed to beat the Blues.

Chelsea dominated possession for much of the first half, but with the game goalless at half-time, the chances had evened up, and we looked to be heading for a possible repeat of the same fixture last season… a 0-0 draw.

But a blur of goals in the second half saw the lead switch twice as Toni Rudiger marked his 100th game for Chelsea with a brace.

The Blues, who are seven points worse off than at this point in 2018-19, had a slightly unfamiliar look at the start. Manager Frank Lampard has reservations about Kepa’s long-term future at Stamford Bridge, so on this visit to the King Power he gave 38-year-old Willy Caballero a chance to shine between the sticks.

With the Foxes’ keeper Kasper Schmeichel staring straight into a bright, low winter sun, Chelsea should have made some of their carved-out chances count. Callum Hudson-Odoi completely missed a chance in the fifth minute, and Tammy Abraham – still playing slightly gingerly after a recent ankle knock – also failed to convert two reasonable opportunities in the 17th and 18th minutes, when the ball didn’t roll kindly for him.

Caballero earned his corn, denying Jamie Vardy, but the closest chance of all fell to Leicester’s bushy-haired Hamza Choudhury in the last seconds of first-half stoppage time… but his header went wide.

Two minutes after the restart, with Chelsea’s first corner of the second half, Mason Mount floated the ball in and Rudiger headed downwards and in for 0-1.

Caballero again showed what a good foot-stopper he is when, a minute later, he blocked a Leicester effort, but then Harvey Barnes levelled with a deflected shot on 54 minutes.

The Foxes took the lead on 64 minutes. Caballero made a rare misjudgment, coming off his line when he should have stayed back, and ending up out of position as Ben Chilwell stroked the ball into the net.

Chelsea, in black with day-glo orange socks, went back on the attack. Mount again crossed, from a free kick, and Rudiger again headed home for 2-2.

Leicester had the pick of the chances in the remaining 20 minutes, with Jonny Evans going close, and Barnes going closer.

What was encouraging for Lampard, who on Friday bemoaned his lack of success in the January transfer window, which had left him short of decent options up front, is the progress made by right back Reece James.

There’s a suggestion that James, who loves to race forward as well as being solid at the back when called on, might yet find a better berth for himself in midfield. His confidence is growing with each game, and he enjoys transitioning into back-up for Chelsea’s attack during a match.

Lamps was glad of the point, in the end. Chelsea began brighter, but faded, and again didn’t make the most of the shoal of chances that came their way.