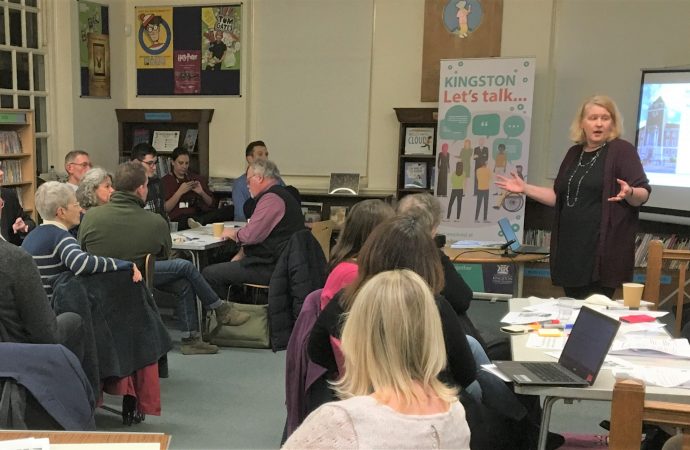 There’s been a coup at the Guildhall. As the prime minister was ordering the coronavirus lockdown of the nation, Liz Green was being unseated as Kingston Council leader. A councillor for 18 years and local Liberal Democrat leader for seven, Cllr Green was challenged, and narrowly defeated, by former ITN reporter Caroline Kerr, who became

There’s been a coup at the Guildhall. As the prime minister was ordering the coronavirus lockdown of the nation, Liz Green was being unseated as Kingston Council leader.

A councillor for 18 years and local Liberal Democrat leader for seven, Cllr Green was challenged, and narrowly defeated, by former ITN reporter Caroline Kerr, who became a councillor just two years ago in the election landslide masterminded by the person she has ousted.

The timing has been condemned as an absurd distraction as Kingston borough joins the rest of the country in focusing its resources on battling the Covid-19 outbreak.

One local Lib Dem source told The Good Life: “It’s so obviously the wrong time to do it that it’s unbelievable. It’s unnecessary, it’s beyond the pale, and it’s a coup!”

Cllr Green (pictured above, addressing a public consultation at Surbiton Library in 2019) accepted the result, although she described a leadership election at a time of national emergency as “navel-gazing”.

It means that someone with less than two years’ experience as an elected councillor is now in charge of the council. Cllr Kerr, a member of the Conservative Party until she switched allegiance to fight Kingston’s Canbury ward for the Lib Dems in 2018, is – says the official council press release announcing her election – something of a pandemic expert.

Her “background in health emergencies” makes her “ideally placed to support Kingston’s residents through Covid-19”.

Cllr Kerr runs Millbank Media from her Kingston home, a media training company offering a ‘crisis communications course’, including how to cope with reporters on your doorstep and how to ‘avoid looking evasive’.

In a statement, Cllr Kerr thanked Cllr Green for her “excellent leadership” and the way she has “led the borough through the COVID-19 pandemic up until this point”.

She said: “My sole focus for the next few months will be to get the borough through this unprecedented time and to communicate with residents about the best ways they can help each other.”

The official council press release quoted the deposed Liz Green as saying: “Over the last few weeks my efforts have been focused on the council’s response to this unprecedented health crisis and I remain committed to our residents and helping them through this crisis.”

Cllr Green’s actual quote was, however: “Over the last few weeks my efforts have been focused on the council’s response to this unprecedented health crisis. While changing council leader at this time may seem more navel-gazing than stepping up for our community, I remain committed to our residents and helping them through this crisis.”

Cllr Green, who remains a councillor for St Mark’s ward, Surbiton, wished Cllr Kerr the best “in this difficult time”.

Others have suggested that a more logical choice for a replacement leader in a time of medical emergency (if a change was needed at all) would have been Cllr Margaret Thompson, just coming to the end of her mayoral term; a member of Kingston Hospital’s governing council, a qualified pediatric nurse and the borough’s first nurse specialist for looked-after children.

Although the local Lib Dems technically hold an annual election for their local party leader every March, this is the first time since the 1990s that there has actually been a challenge to a sitting leader.

Conservative opposition leader Cllr Kevin Davis said it was “a disturbing time” for a leadership change, adding: “The borough and the nation needs leaders who know what they are doing. It seems bizarre that the Lib Dems are now so chaotic that they think having a leadership election now is a good idea.”

Andrea Craig, the Conservative candidate beaten in Canbury ward by Kerr in the May 2018 elections, said: “It seems insane to have a leadership change to a new, much less experienced one, in the middle of a huge global pandemic. Politics can be brutal.”

Friends say that Liz Green, pictured, who became leader of the council two years ago, was “totally gutted” by the outcome. Cllr Green’s carefully worded statement made the point that she had tendered her resignation as council leader after the Lib Dems’ vote. 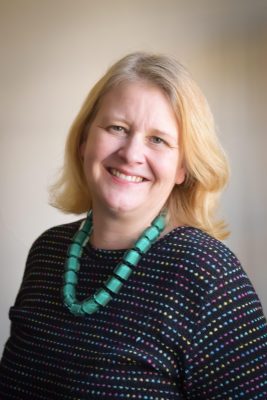 She added that “the manifesto on which we were elected in 2018, achieving a stunning victory, will be my legacy”.

Many people have taken to social media to question why a local political party with a huge majority would oust their leader during a national crisis. One likened it to Brutus assassinating Julius Caesar.

Andrew Bolton, who chairs Kingston Lib Dems, said he was “very sorry indeed” it had happened, while Liz Green’s husband Michael tweeted: “Proud of my wife; she deserved much better.”

Several have said that if Cllr Kerr has such vast experience advising public health professionals on tackling pandemics and managing the media, she could have acted as an adviser to Cllr Green, rather than supplanting her and having to rapidly get up to speed on managing a council in an emergency having never even held a portfolio position. 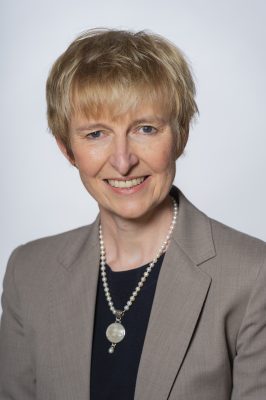 Cambridge-educated Cllr Kerr, pictured, who lived in Surbiton before moving to Kingston, spent 20 years as an ITN reporter, covering such events as earthquakes, the handover of Hong Kong to China and the fall of the Berlin Wall.