So, when did Maple Road become a trendy ‘village’? 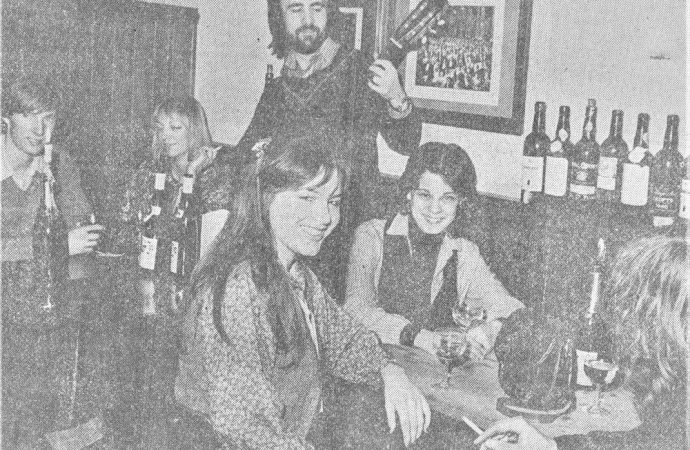 Tree-lined, elegant, stylish and, of course, the home of Surbiton’s hugely popular farmers’ market, Maple Road has had its own distinctive identity for a century and a half. But when did it gain the ‘Maple village’ tag so beloved of estate agents, and adopted by the busy Maple Village WI? Here’s a look back in

Tree-lined, elegant, stylish and, of course, the home of Surbiton’s hugely popular farmers’ market, Maple Road has had its own distinctive identity for a century and a half.

But when did it gain the ‘Maple village’ tag so beloved of estate agents, and adopted by the busy Maple Village WI?

Here’s a look back in time to one of the new wave of pioneering ventures which helped pave the way for the parade of independent shops, businesses, bars and eateries – think Shoes at Last, The French Table, The French Tarte, Cento Uno – which give the road its character today, and which are slowly but surely emerging from enforced coronavirus hibernation.

Although the street was established in mid-Victorian times, it was four decades ago that its bohemian tone was set by the arrival of an intriguing wine bar; The Tappit Hen.

This faded snap was taken shortly after the wine bar’s opening at Christmas 1978, arguably paving the way to creating ‘the village’ of today.

The Tappit Hen was at 97 Maple Road – a forerunner of today’s No97, Sam Berry’s epitome of trendiness which is just waiting to emerge from lockdown.

Set up by Sally Wheatcroft and her sis-in-law Susan Williams, it had a chic retro theme; recycled and unmatched furniture, sawdust on the floor, curious framed photos, arty paintings on the wall and a great intimate, friendly atmosphere.

And if you went down the steep stairs to the basement, you entered another mini world… a little music bar where acoustic guitarists played on Friday and Saturday nights.

That’s Kingston musician David Miles in the picture above, strumming merrily to the locals nursing their cute little 125ml glasses (today’s pub wine glasses can be 250ml – a third of a bottle) of Mateus Rose, Blue Nun and Black Tower.

Why ‘Tappit Hen’? The name was an old term for a container capable of holding three bottles of wine.

So was this new wine bar welcomed by everyone? Not a bit of it! There was ferocious opposition to the premises at 97 Maple Road even being granted a licence, with every pub in the area campaigning to stop this upstart threat to trade.

Maple Road was already something of a ‘destination’ for drinkers. The Antelope pub was thriving five doors along the road. Confusingly it had originally been called The Grove, while today’s Grove was then called The Oak. Both pubs urged magistrates to resist the licence application, with The Lamb and Black Lion piling in for good measure.

But there was also opposition to The Tappit Hen from the pub at the junction of Maple and Cleaveland. It was then the Royal Charter – a Watney’s beer house where darts was king. It changed to Gordon Bennett, with an exclamation mark, in 1999.

Justice prevailed. The Tappit Hen was granted a drinks licence – wine only at that time – on the grounds that it also offered home-made food. It opened Tues-Sat, and closed on Sundays and Mondays.

Number 97 Maple Road has been through many incarnations since the late 70s. By 1986 it had become Chez Fritz (see Christmas 1986 ad below), but it later evolved into the Rubicon bar and lounge with the basement dubbed the Comedy Cellar.

There was then a flurry of name changes. Rubicon briefly contracted to Rubi, and then in 2014 the business became [email protected] – twinned with a Marylebone cocktail lounge, and owned by cricketer Kevin Pietersen and his brother Bryan.

Finally it turned into the No97 gin bar of today. 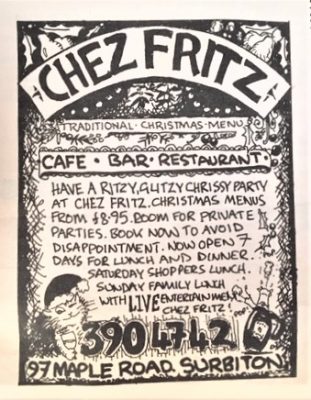