Show faith in our Beth! 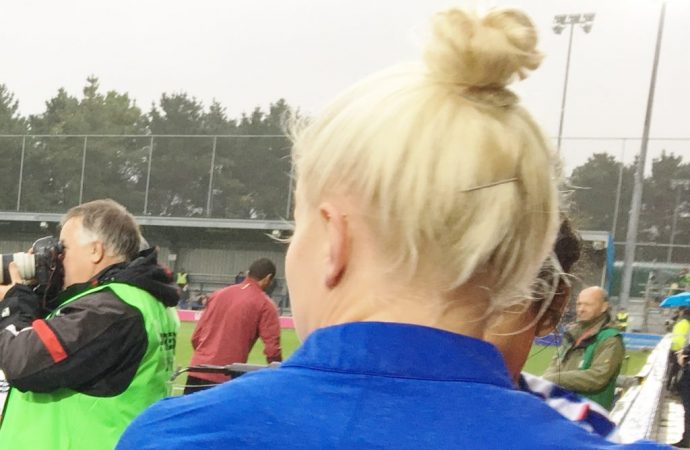 Why, oh why, can't Lionesses manager Phil Neville see what Chelsea Women fans see week in, week out? That the blonde bombshell that is Beth England is determined, adventurous, fiesty and gifted. With 74 of the 90 minutes expired, and the national side treading water, 2-0 down to Brazil in the Middlesbrough-staged friendly, Neville finally

That the blonde bombshell that is Beth England is determined, adventurous, fiesty and gifted. With 74 of the 90 minutes expired, and the national side treading water, 2-0 down to Brazil in the Middlesbrough-staged friendly, Neville finally gave the nod to the in-form Chelsea striker.

And almost instantly she delivered. An excellent deep diagonal cross from captain Steph Houghton and England was on it, heading the ball beyond the despairing dive of the otherwise excellent Brazil keeper.

That made it 2-1 with 10 minutes to go, and England came close again as she chased and harried every ball… in stark contrast to the lead-swinging performance by many of her lacklustre and apparently – at times – uninterested colleagues.

What a difference she made; not just getting her first international goal (and a cracker at that), but generally enlivening and inspiring an otherwise drab and disappointing team – galvanising everyone into action for a last breathless tilt at a leveller and possibly a winner.

Only she seemed to have the grit and vision to salvage anything from a match that Brazil dominated by their running, skill and positioning.

Give Beth England a start in the Portugal match, Phil! The England manager has watched the Blues forward in action several times at Kingsmeadow and at other grounds, and knows her match-changing capabilities. Chelsea manager Emma Hayes has told him on several occasions that she thinks the 25-year-old former Doncaster Belle is ready for a regular national squad role, but for some reason the hierarchy seem reluctant to make any major changes to the tried (and increasingly tired) formula that is verging on stale.

With new blood in the WSL in the shape of stronger debutante teams, it’s time to show a bit of faith in new faces. An England friendly shouldn’t be the time to simply wheel out the same old faces. It should be a time to test newcomers, and Beth England has shown that she’s ready, willing and able.

This disappointing defeat had few bright moments, and few positives. But one of the big, big positives was Chelsea’s No9.