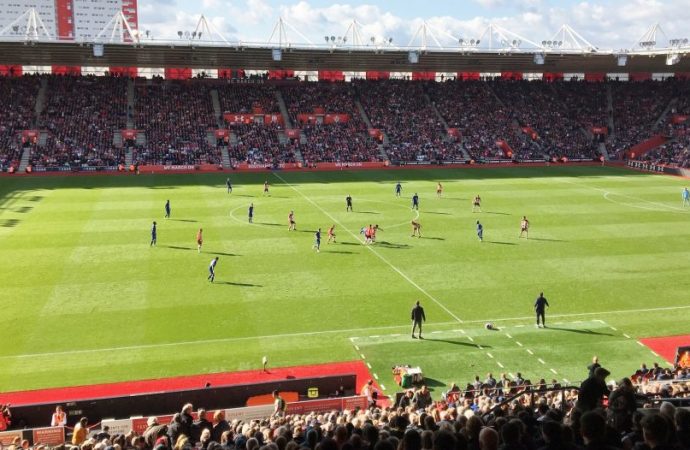 Chelsea are starting to enjoy themselves, with Sunday’s 4-1 away win down in sunny Southampton underlining just how imprecise a science it is to predict how a season will pan out. Back in August, after the Blues suffered a heavy opening-weekend 4-0 defeat to Man U, pundits were cheerfully predicting that United would do well

Chelsea are starting to enjoy themselves, with Sunday’s 4-1 away win down in sunny Southampton underlining just how imprecise a science it is to predict how a season will pan out.

Back in August, after the Blues suffered a heavy opening-weekend 4-0 defeat to Man U, pundits were cheerfully predicting that United would do well and Spurs – who had beaten Villa 3-1 in their first league fixture of the new campaign – would probably do better.

Chelsea, and Frank Lampard, both wounded by the Old Trafford result (despite it being one few thought the Blues deserved), were being written off as a basket case; a young, naive manager, out of his depth, in charge of a group of children and unable to perform after losing some Belgian or other in the summer.

Chelsea look confident, the fans are buoyant, and the chants that rang around St Mary’s on Sunday afternoon – coupled with the chit-chat as everyone streamed back up the A3 and M3 afterwards – suggests that Lampard is now steering a project with real momentum.

It’s early days still, as Liverpool gaffer Jurgen Klopp is quick to point out when anyone tells him the Reds have the title in the bag.

But every game, every week, every training session seems to be moving forward, not backward. These are exciting times in SW6.

The latest topical chant (to the tune of Beautiful South’s Rotterdam or Anywhere) goes:

It rang around St Mary’s for most of the afternoon, only to be replaced by a sustained Chelsea chorus of When The Saints Go Marching Out, as home fans opted to leave early (a curious Southampton trait) rather than watch any more goals fly past Angus Gunn. This, coupled with a jibe about being a not especially pleasant town in Portsmouth, proved too much for the remainder, and the stadium was practically Chelsea’s exclusively at the end.

Tammy Abraham got things off to a flying start in the 17th minute, lobbing Gunn… despite a gallant attempted clearance from Maya Yoshida. Ref Paul Tierney’s wrist alarm confirmed the ball had crossed the line.

Seven minutes later, Mason Mount let fly a rocket after Willian had teed him up. Although Ings flicked in a response on the half-hour mark to make it 2-1 to the Blues, the outcome never looked in doubt

N’Golo Kante made it 3-1 before the break with a deflected shot, and sub Michy Batshuayi added a fourth as the stadium began emptying.

It’s the first time in a decade that Chelsea have scored at least three goals in consecutive away league games, suggesting the forward/midfield links are really strengthening. As ever, though, the defensive guard seems to slip at set-pieces.

Afterwards, Lampard singled out Abraham for his “all-round performance and his work off the ball”, adding: “But I must say, I thought Willian was immense – he was an example in what he was doing on and off the ball. He’s a leader – not one that shouts – but in how he performs.”

As the Blues go into the international break, it’s all looking remarkably rosy for the young manager and young squad.