Who do you think you are kidding Mr Peters? 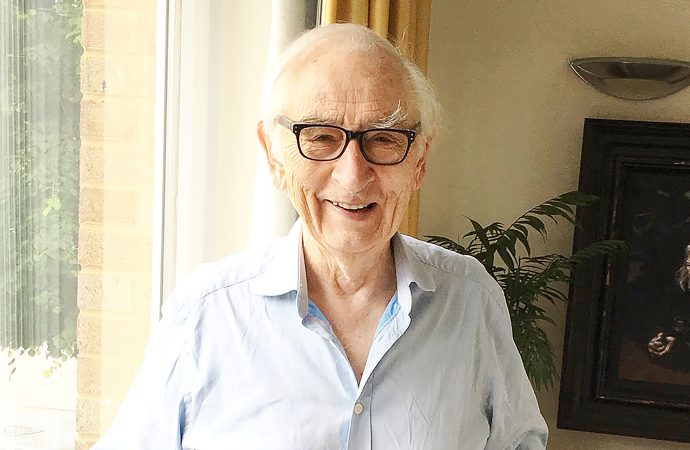 Having notched up 67 years in showbiz, you’d have thought Gordon Peters might take it easy. But as he nears his 93rd birthday, the Surbiton actor simply cannot resist the lure of the stage. Dad’s Army fans may recall the episode Put That Light Out, first screened in 1970, in which Capt Mainwaring’s platoon is

Having notched up 67 years in showbiz, you’d have thought Gordon Peters might take it easy. But as he nears his 93rd birthday, the Surbiton actor simply cannot resist the lure of the stage.

Dad’s Army fans may recall the episode Put That Light Out, first screened in 1970, in which Capt Mainwaring’s platoon is tasked with guarding the lighthouse… only to inadvertently illuminate the area as an air raid begins.

Born Gordon Peter Wilkinson in Shildon, Co Durham, in November 1926, he was the son of a butcher’s boy. “My mother was the clever one,” he said. “She was a music teacher, and had been to university.”

Young Gordon’s melodious singing voice gained him a place at Durham Cathedral School, while rehearsals for his parents’ concert party introduced the young chorister to the world of entertainment.

When the family moved to Darlington in the Second World War, his mother ran a youth club, putting on Gilbert & Sullivan’s comic operas Trial by Jury and HMS Pinafore. Gordon took the leading roles.

War intervened. Before he was 18 he volunteered for the Royal Navy (his eyesight not good enough for the RAF), and was sent to Butlins, where the camp had been commandeered for military training.

He served in the Far East; in spare time entertaining comrades and amusing audiences with his mimicry, especially playing silly, clueless officers.

Back home he rapidly tired of life as a bank clerk and applied for a job in South Africa where he entered, and won, a talent show… miming to Old MacDonald Had A Farm. He went to Johannesburg for the grand final – losing to “a singer who was bloody useless”; an injustice which still rankles 70 years on!

Back in the UK in the 1950s, he worked as a singer and stage manager in music halls and theatres. After being rejected for a part in a show at London’s Adelphi on the grounds that he wasn’t tall enough, he padded his shoes out with newspaper, brylcreemed his hair so it stood up, rejoined the queue… and got the job!

After a brief, ill-fated marriage to actress Joan Mann (“I should never have done it!”), he met and married Pat – a nurse who had come to watch one of his stage shows. The couple celebrated their 50th wedding anniversary in March with daughter Katie, a television PA.

Gordon understudied for former Crackerjack! presenter Peter Glaze, and worked with Lester Ferguson and Terry-Thomas. He also gained a reputation as a bewitching pantomime dame.

Television work followed. He hosted a quiz show for teenagers, appeared as a Black and White Minstrel, and was a warm-up man for the likes of Harry Worth and Mike Yarwood.

Dad’s Army writer David Croft knew Gordon’s versatility from summer stage shows, and so cast him in cameo roles in the first (as well as in later) series of Britain’s all-time favourite TV comedy.

He went on to make a string of appearances in Dad’s Army, as a soldier, a policeman… and as a fire chief in an episode that is now, sadly, missing.

“I kept bringing ladders on,” he recalled. “And Captain Mainwaring was hoisted up on one of the rungs!”

He still earns a crust in repeat fees for such roles as the lighthouse keeper. “I was in awe of all the main cast, although no one knew then what a success it was going to be,” he said. “It’s good, clean, honest comedy; the success is in all the characters.”

In 1973, BBC One commissioned a new series, The Gordon Peters Show, based around him. But despite some viewers hailing him as ‘the new Jacques Tati’ and even ‘the new Hancock’, the critics were less generous. One cruelly described Gordon’s face as “looking like it was put together at the wrong end of an assembly belt”.

After five episodes, the Gordon Peters Show was pulled. Roles followed in Are You Being Served?, Hi-de-Hi!, One Foot In The Grave, and a shoal of other series.
But the stage beckoned once again. Gordon had always collected songs, and linked up with Danny La Rue’s musical director, David Carter, to perform selections from Flanders and Swann, Noel Coward and Gilbert & Sullivan… and for the past 14 years the pair have entertained in halls, delighting audiences with singalongs and patter.

“I still enjoy performing,” he said. “I didn’t appreciate how clever Noel Coward was until I researched him.”

He even published an autobiography, From Choirboy to Comic, celebrating his career in entertainment.

The only headache with doing tribute shows, Gordon admits, is that you have to stick to the words of the songs. You get the distinct sense that Gordon is more relaxed with stand-up comedy, where ad libs and flights of fancy are more vital than strict line-learning.

Gordon and Pat initially lived in Weybridge before moving to Vaughan Road, Long Ditton, and later Elm Tree Avenue, near Imber Court. They have been in Grove Road, Surbiton, for the past 16 years. 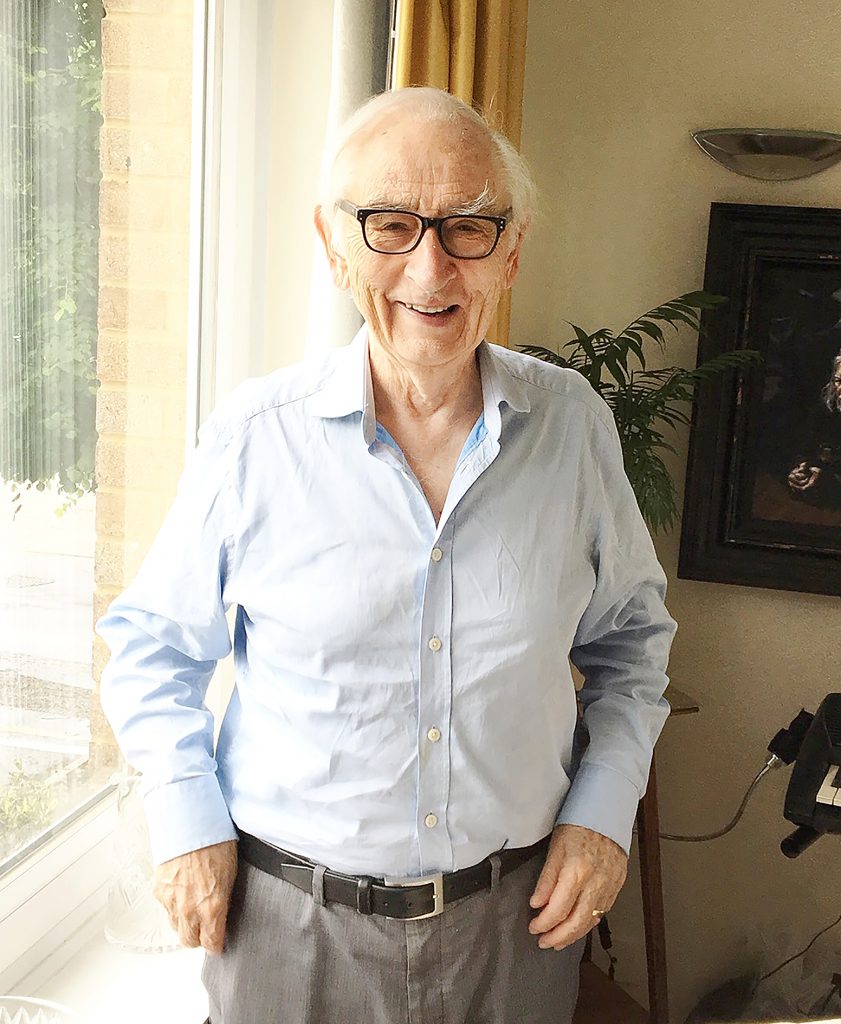 Gordon Peters as the lighthouseman in Dad’s Army (between Capt Mainwaring and Warden Hodges).

In the Dad’s Army episode Is There Honey Still For Tea, playing opposite Arthur Lowe