The football pioneer who coined ‘soccer’ 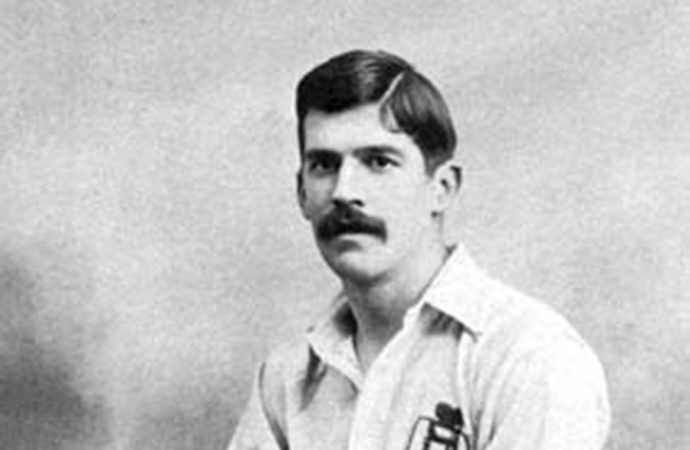 Former England football captain Charles Wreford-Brown is the man credited with coining the word ‘soccer’. A centre-half for Corinthian FC – now the Corinthian-Casuals, who play at Tolworth – he lived at 1 Walpole Road, Surbiton, an imposing pile on the corner with Upper Brighton Road. Affectionately nicknamed Mr Corinthian, he was an immense character

A centre-half for Corinthian FC – now the Corinthian-Casuals, who play at Tolworth – he lived at 1 Walpole Road, Surbiton, an imposing pile on the corner with Upper Brighton Road.
Affectionately nicknamed Mr Corinthian, he was an immense character of the game, combining his love for football with an impressive first-class cricket career, playing for Gloucestershire.

Demonstrating the breadth of his talent, he even once represented Great Britain in a chess tournament!
The Corinthians were football’s first global superstars. The club is credited with popularising the game around the world and championing sportsmanship and fair play – hence the term Corinthian spirit.

Though strictly amateur, they were typically made up of the cream of the players from the top schools and universities. Wreford-Brown fitted the mould perfectly.
Born in Clifton, Bristol, in 1866, midway through Queen Victoria’s reign, he was the second of five children, attending Charterhouse School in Godalming before moving up to Oxford University. It was here that he was recruited to play for the fledgling Corinthians.

CB Fry said of Wreford-Brown that “Charles played so long and so finely for the Corinthians that one period can scarcely claim him as its product.”
Oddly, he made his debut as a goalkeeper, coincidentally against Oxford University in 1887. It was here that Wreford-Brown supposedly coined the word ‘soccer’.
Legend has it that while having breakfast one morning he was asked: “How about a game of rugger after brekker, Wreford?”
Our notable Surbitonian is said to have replied: “No thanks, I’d prefer soccer.” That disarmingly simple abbreviation of the game’s then long-form name, association football, appears to have stuck.

Wreford-Brown also had the honour of being the England captain when Corinthian FC (on two occasions) became the only club side to ever represent the England team in its entirety, in games against Wales in 1894 and 1895 at the Queen’s Club in London and in Wrexham.

Only playing as an amateur, Wreford-Brown was a solicitor by profession and a partner in the city firm Jenkins, Baker and Wreford-Brown.

By 1911, he, his first wife Helen and their two children, Guy and Peter, had moved to a house named Curford, at 1 Walpole Road, Surbiton; ably attended by their four servants.
Later in life he’d remarry at the age of 70, getting spliced to Agnes Pope, a woman almost half his age.

He took pride in captaining his country, revelling in reminding the professionals in the side of his amateur status. One such pro, Derby County striker Steve Bloomer, recalled this story about their 1898 international against Scotland in Glasgow. “He wore good old-fashioned shorts which had side pockets in them. When Freddy Wheldon of Aston Villa scored England’s first goal, Wreford-Brown slipped his hand in his pocket and pressed a gold sovereign into Wheldon’s hand.

“When I then scored England’s second, he did the same. So Wheldon and I gave the money to the referee for safe keeping, and when I got another sovereign for scoring England’s third, the ref remarked: ‘If you keep this up, Steve, I shall have to go and get a handbag!’

“After finishing victorious, Wreford-Brown invited the team in to his private changing room to celebrate with some champagne.”

His final game for the club came an astonishing 40 years later, in 1927 at the age of 61. He clocked up 161 appearances for the amateurs. As an early legislator of the game, Wreford-Brown played a pivotal role in shaping football as we know it today. As a solicitor, he was first appointed to the council of the Football Association in 1892, a position he held for 59 years. He served as an FA vice president from 1941 until his death in 1951.

A first-class cricketer for Gloucestershire, Wreford-Brown lived an incredible sporting life.
A midfield general, he was at the heart of Corinthians’ most outstanding victories, touring
the world on early pioneering trips to South Africa, USA, Canada, Sweden and Denmark.
When his serious playing days ended, he represented Great Britain at the 1924 Olympics…
at chess! 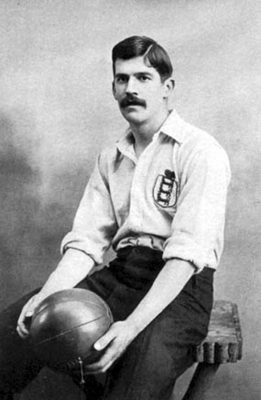 Charles Wreford-Brown, whose breakfast banter is said to have coined the word ‘soccer’ 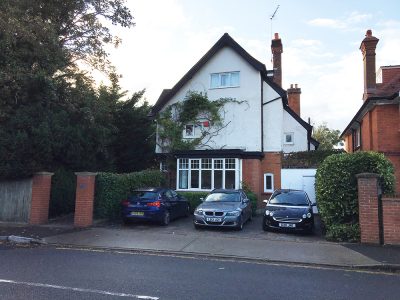 1 Walpole Road (the house in those days was called Curford) was home to Charles Wreford-Brown, his wife, two children and four servants