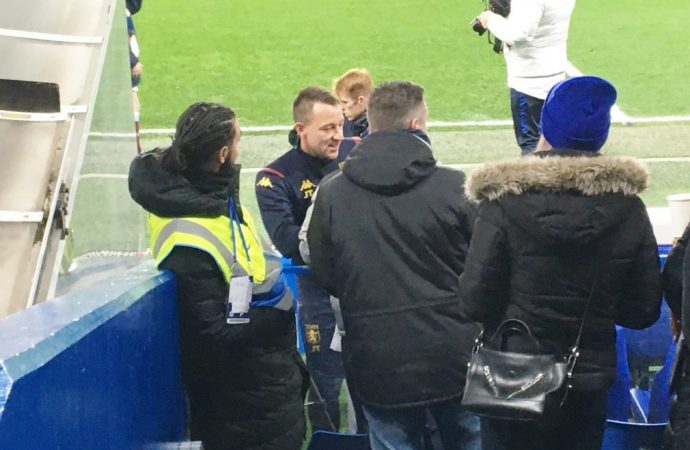 John Terry, returning hero, signed and posed and chatted and bonded ahead of the Blues’ game against Villa, but he – and his old team-mate Frank Lampard – know that the points Chelsea won as the temperatures plunged could easily have been snatched away. Without the cushion of an extra goal, Chelsea will always look

John Terry, returning hero, signed and posed and chatted and bonded ahead of the Blues’ game against Villa, but he – and his old team-mate Frank Lampard – know that the points Chelsea won as the temperatures plunged could easily have been snatched away.

Without the cushion of an extra goal, Chelsea will always look edgy and uncertain as they approach the final whistle.

Leading Villa 2-1 with more than 40 minutes of this chilly midweek Premier League match remaining, the Blues could and should have powered on to administer the coup de grace.

But they didn’t. They couldn’t. And – as is so often the case with Chelsea – the final nail-biting half hour was uncomfortable when it could have been serene. The days when the Blues would win games 4-0, 5-0. 6-0 or more seem to have disappeared… at least for the time being.

It isn’t so much the ‘final third’ that’s the issue with Chelsea. It’s the final 10th.

The Blues do all the patient build-up play from the back with assurance. They pass left and right, they move the action up the pitch, and work hard to run around defences to create the crosses that should lead to goals.

But unlike last season’s Eden Hazard model, the final bit is lacking. True, Mason Mount is maturing as a goal scorer from unexpected places, and it’s also fair to say that there’s a steady improvement to his link-up play with Tammy Abraham – back quickly (to general relief at the Bridge) after his hip injury.

However, the ability to close a game and manage the last phase seems to elude Chelsea in a way that doesn’t happen nearly so often to, say, Man City or Liverpool.

This was a slightly surreal evening which began with Chelsea fans chanting merry songs about the Aston Villa assistant coach, and Villa fans chanting back positive ditties about the Blues’ striker, who spent a productive season at Villa Park last year on loan.

Chelsea dominated the match in the early stages, and got their reward after 24 minutes when Reece James’ lovely lofted pass from the right found Abraham, who headed home. His muted, apologetic ‘celebration’ in front of the Villa fans will have cemented his place forever in the Midlands.

But the Blues couldn’t maintain the momentum, and a series of Villa corners paved the way to Trezeguet being in the right place to bundle Ahmed El Mohamady’s cross into the net past Kepa, even if the ball did come off the Villa player’s head, knee and toe before scurrying in.

So, 1-1 at the break, with Lampard, pacing the touchline, increasingly aware that Stamford Bridge is no longer the fortress it has been for long spells in the past decade.

Confidence was restored three minutes after the restart as Abraham chested the ball down for Mount to fire a superb volley into the roof of the net; the goal that would ultimately prove to be the winner.

But that second half was long and nervous without the cushion of an extra goal or two. It isn’t that Chelsea lack the ability to score extra goals, it’s just that there’s a tendency to sit back and protect when teams such as Leicester – flying high in the league for good reason – just keep on keeping on.

The Blues travel to Everton this weekend, for one of the dreaded lunchtime kick-off matches. Chelsea always do poorly when the game starts early, and the Toffees are now in dire straits and will be looking to punish the visitors. 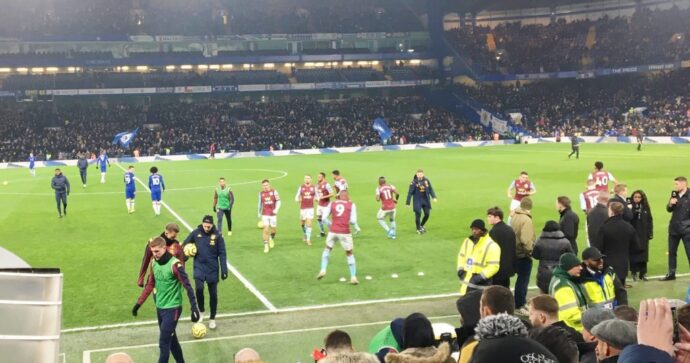