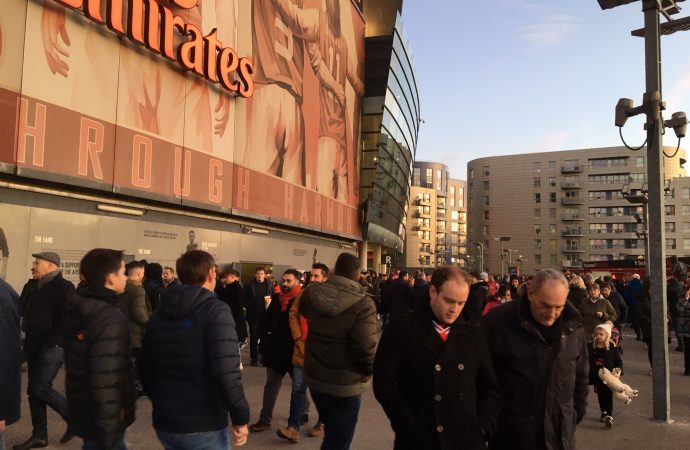 The glum faces streaming away from the Emirates told their own story. With seven minutes remaining of Sunday’s London derby between Arsenal and Chelsea, the Gunners were comfortably in command. But when ref Craig Pawson blew the final whistle, it was Arsenal 1 Chelsea 2 – a last-gasp ambush that had manager Frank Lampard bear-hugging

The glum faces streaming away from the Emirates told their own story. With seven minutes remaining of Sunday’s London derby between Arsenal and Chelsea, the Gunners were comfortably in command.

But when ref Craig Pawson blew the final whistle, it was Arsenal 1 Chelsea 2 – a last-gasp ambush that had manager Frank Lampard bear-hugging his deputy, Jody Morris, as disconsolate Gooners straggled home, shaking their heads.

In truth, this was a vital win for Chelsea, keeping the team in the top four as pressure begins boiling below them in the table.

But this victory cannot mask the real issues that still need addressing for Lampard; why long spells of possession simply aren’t turned into viable attacking opportunities. In the end it was Chelsea’s superior fitness that helped create this win, as Arsenal looked leggy and cream-crackered for the final 10 crucial minutes, and the Blues were able to break with real effect.

The ref’s yellow card was rarely out of his pocket as nine players were booked – a record for a Premier League match this season – with a succession of nasty, cynical trips, fouls and stamps by both sides.

Arsenal scored after 13 minutes, from their second corner of the match. Captain Pierre-Emerick Augameyang latched on to the end of a flipped-on header to nod past Kepa from close range.

And that looked like that. Chelsea – a team who had not gained a single point from a losing position this season – never really looked like clawing anything back.

Half-chances came and went, but even they were few and far between.

With no Chelsea player willing to attempt a direct, Eden Hazard-like sortie into the box, there was never the likelihood of an equaliser. ‘One-nil to the Arsenal’ rang round the ground.

Then Lamps suddenly decided to change the system, from the three-at-the-back, two wingback formation. With Emerson removed and replaced by Jorginho on 34 minutes, Chelsea went to a 4-2-1-3 line-up, with Mateo Kovacic sitting in front of N’Golo Kante and Jorginho.

Things picked up. Arsenal posed less of a threat, but the elusive equaliser seemed as far away as ever as the second half progressed.

More experiments were tried, including the introduction of young Tariq Lamptey for Fikayo Tomori on the hour mark. Gradually the chances came. When Mason Mount took a free kick on the wing in the 83rd minute, Jorginho was waiting at the far post. Bernd Leno came out, flapped at it and missed, and Jorginho scored.

Four minutes later, with the Gunners shellshocked and tiring, Chelsea broke upfield, Willian pulled the ball back from the line and Tammy Abraham nutmegged Leno for the winner. As the seven minutes of added time dragged by, Arsenal couldn’t get back into the game.

Mikel Arteta, on his return to the Emirates as Arsenal manager, described the defeat as “cruel”, adding: “In the first half we saw a lot of positives and saw what we are trying to implement. But the way we conceded was disappointing. We started to defend too deep and our energy levels are in a different place to Chelsea’s.”

Lampard admitted Chelsea had been awful for much of the first half, but took credit for making the tactical change early rather than waiting until half-time. “From my point of view you can accept a miss-pass but you can’t accept lethargy in a London derby,” he said. “The players were told that and they delivered. The second half was nothing to do with tactics; it was all to do with spirit and desire.”

Chelsea have now become the first team to win five away Premier League games against Arsenal at the Emirates; quite some achievement but – on today’s overall performance – one they shouldn’t crow too long about. 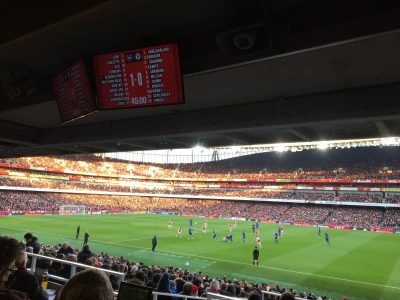