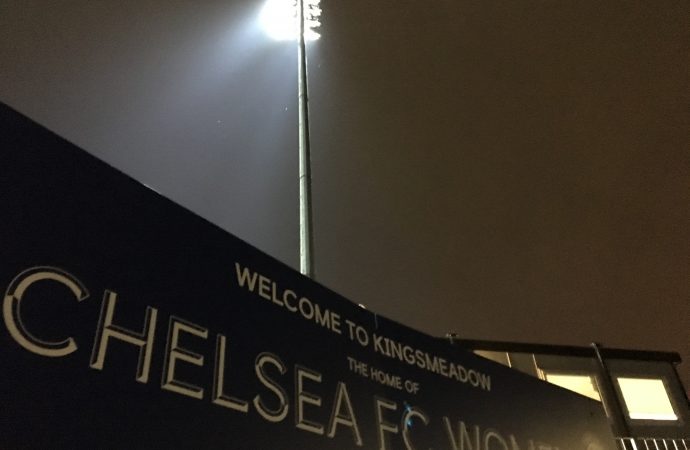 Chelsea Women’s next two weekends are dedicated to raising awareness of a problem that affects so many young men and women… mental health crises. The Heads Up campaign, launched by Prince William, is being backed by Chelsea Women as they travel to Manchester this weekend to play Man Utd in the league, and when they

Chelsea Women’s next two weekends are dedicated to raising awareness of a problem that affects so many young men and women… mental health crises.

The Heads Up campaign, launched by Prince William, is being backed by Chelsea Women as they travel to Manchester this weekend to play Man Utd in the league, and when they host Liverpool in the Women’s FA Cup at Kingsmeadow on Sunday February 16.

In a rare example of men’s and women’s football coming together to speak with one voice, the campaign urges more conversation about – and understanding of – the mental health crises that can engulf young people.

It’s a hidden problem; research from Heads Up shows that fans are more than twice as likely to talk about football than mental health, and just one in three fans discuss issues surrounding their mental wellbeing with friends.

Tomorrow, Thursday February 6, has been named Time to Talk Day, to stimulate discussion and reach out to those who may be suffering silently.

For two weekends this month, Chelsea and Chelsea Women, together with every football team in the Premier League, English Football League, National League, Barclays FA Women’s Super League, FA Women’s Championship and FA Women’s National League, and the Scottish leagues, will dedicate their matches to Heads Up, the partnership between The FA and Heads Together.

The season-long Heads Up campaign aims to harness the influence and popularity of football to make conversations around mental health as commonplace as chats about football, and remove the stigma surrounding the topic.

At Leigh Sports Village, where Chelsea Women will be hosted by Manchester United on Sunday February 9, and at Kingsmeadow, when Liverpool Women visit for the FA Cup clash on Sunday February 16, there will be themed branding, programmes and player kits in unifying displays to get the nation talking.

The Premier League’s winter break robs the campaign of some of its highest profile publicity this weekend, but on Monday February 17, when Chelsea men host Manchester United at Stamford Bridge, the Heads Up campaign will be given a fresh boost.

Young male fans (and there are plenty of them at Kingsmeadow) are much less likely to discuss their mental health than female fans (27%, compared to 47%).

“Imagine if we talked about mental health as much as we talk about football,” said the Duke of Cambridge. “Many of us wouldn’t go a day without talking about it. We will all face ups and downs in life which will affect it. It’s time we start taking our mental fitness as seriously as we do our physical fitness, and that starts with talking.”

FA Women’s director Kelly Simmons said: “Over recent years the women’s game
has been home to inspirational role models who have spoken with courage about their mental wellbeing, and now – because of the Heads Up campaign and excellent work by the leagues and clubs – we hope that these individuals are no longer lone voices.”

Meanwhile, the newly appointed Premier League chief executive, Richard Masters, added: “Our clubs are already doing vital work in this area, whether within academies or working closely with local communities and schools to support mental wellbeing.”

Chelsea manager Frank Lampard and star youngster Callum Hudson-Odoi added their voices to a powerful one-minute film last month, when every FA Cup 3rd round match kick-off was delayed by 60 seconds, to encourage fans to ‘take a minute’ to start looking after their mental health.

If you need immediate support, text HeadsUp to 85258 to connect with a trained crisis volunteer.

In the Surbiton and Kingston area, funds are being collected to help counsel young adults in times of crisis. A collection is being dedicated to Turan Duncan, who found it all too much to bear. Click here.

For more information go to www.time-to-change.org.uk or visit HeadsTogether.org.uk/Heads-Up for guidance on discussing mental health.