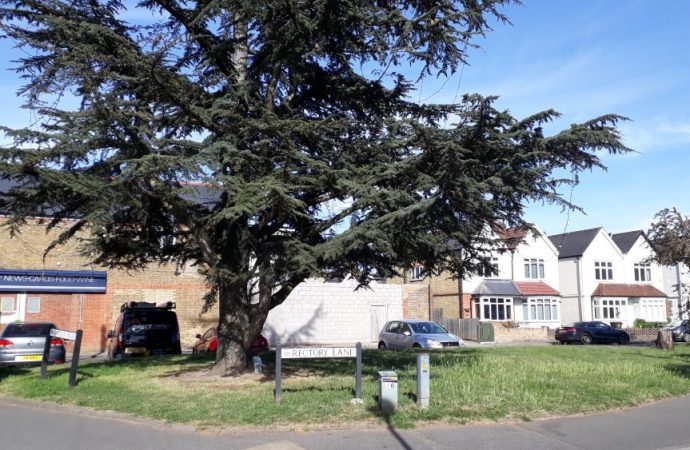 A proposal to build a 49ft mobile telephone mast on the village green opposite a junior school has brought a deluge of objections from Long Ditton residents.

So far 165 objections to the proposal to build the 15 metre EE mast on the green space opposite Long Ditton St Mary’s Junior School and near to Mannys convenience store have been received by Elmbridge Council, with only five in support.

A petition at the store in Fleece Road has also been signed by more than 60 people.

Long Ditton Residents’ Association vice chairman Mark Herbert said: “We are against the proposed mast as it would be a total eyesore in the middle of Long Ditton ‘village’ by the main shopping parade. It is also exactly where a gathering of residents takes place each December to see the Christmas lights switched on.

“While we agree the area does need better mobile coverage this application is totally unacceptable in our view.”

Ward councillors Shweta Kapadia, Barry Fairbank and Neil Houston have objected to the proposal “in the strongest possible terms”.

“The justification given for the need for a mast in the proposed location is “in order to provide coverage to the trains that run on this stretch of the railway”.  We would suggest that if coverage is needed for train passengers it should be provided on Network Rail land and not in the middle of Long Ditton,” said Cllr Kapadia.

She also added the large equipment boxes which go with the mast would dominate the area, which was a focal point for community activities, especially at Christmas-time, and there were concerns too about the location being so close to the school.

The Dittons councillor Nick Darby, echoed her views and also said there were a number of errors in the proposal by the agent Harlequin Group including siting Runnymede Borough Council in the application and in its plans of the site.

In a design and access statement to Elmbridge Borough Council, Harlequin Group’s project manager Dom O’Connell said: “The requirement for a mobile phone base station in this area is predominantly to address a gap in EE coverage and provide improved 2G voice and 3G/4G data coverage for travellers on the adjacent section of railway line. In addition, enhanced coverage will be provided to EE’s network in this area including residents, visitors, and businesses.

“There is very significant “black spot” at this location, where the signal strength is inadequate to provide the minimum acceptable level of coverage. The proposed monopole would provide coverage along the required section of track and also will provide enhanced coverage and capacity in the network for both train passengers and indeed the areas of Long Ditton and Thames Ditton that are closest to the proposal site.”

The deadline for comments to the council is this Friday, May 29. To view the application and plans and make your comments visit the planning applications section at Elmbridge Council here and search for 2020/0927