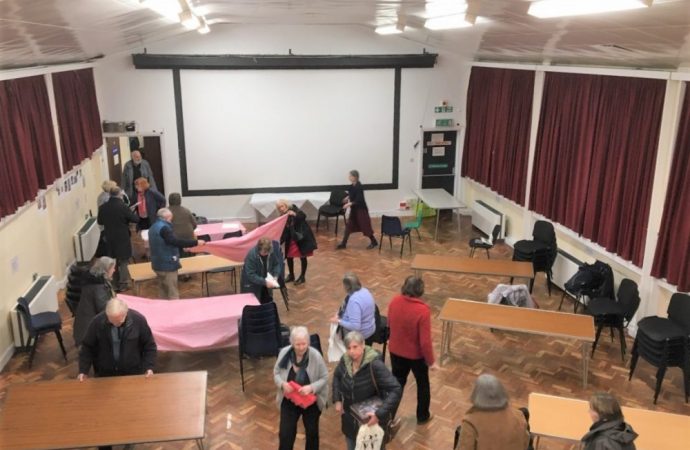 The future of many of Surbiton’s best-loved and longest-running societies and groups is in jeopardy after they were evicted overnight from the council-owned hall where they have met for decades. With no notice, 30 clubs were emailed by Kingston Council contractor Engie to say that all hire of the Ewell Road library annexe had ceased

The future of many of Surbiton’s best-loved and longest-running societies and groups is in jeopardy after they were evicted overnight from the council-owned hall where they have met for decades.

With no notice, 30 clubs were emailed by Kingston Council contractor Engie to say that all hire of the Ewell Road library annexe had ceased immediately as it was needed by council staff.

Engie, the £145billion French utility giant contracted to run many local services, informed hirers that “Kingston Council have decided to take back the hall for permanent use by their staff”.

The shock move has already forced two hirers to call it a day; the final straw in a coronavirus-ruined year.

Others may fold too, forcing out of business the special interest groups which contribute to the fabric of Surbiton community life.

Councillors are now looking into the debacle, and Surbiton MP Ed Davey is on the case.

Surbiton Library opened in April 1932, but a meeting space was also needed, and in 1964 – in one of the last acts of Surbiton borough before it was subsumed into Kingston – the annexe was built on land between the fire station and library, right behind the war memorial. 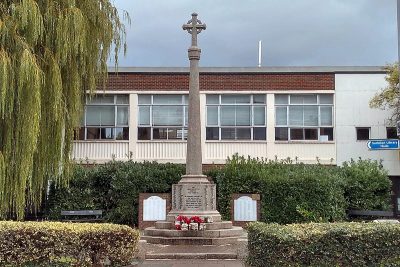 With a main hall which can comfortably seat 100, and measuring roughly 50ft by 28ft, it was designated for affordable hire to groups and societies, and has been well-used for more than half a century.

The council recently upgraded the heating, redecorated the main hall and treated the floor surface for dance hirers.

Tony Drake, who attends both historical society meetings and Talking of Trains lectures, said: “Closure of the hall could mean closure of many activities, and a great social loss to the community.”

The Jo Jingles music and movement class has now been forced to close. “I’ve hired the hall for five years,” said a sorrowful Rebecca English. “I’ve been in contact, asking when I can safely return, and for weeks was told ‘It’s still being decided’. I’m shocked they now want the hall for themselves.”

Engie said alternative halls were available in New Malden and Kingston, but that’s of little appeal to Surbiton societies and groups, many of whose members walk to their local meetings.

Eyebrows were raised at the explanation that “Kingston Council have decided to take back the halls for permanent use by their staff”, particularly when the new adult education prospectus was published, revealing that many classes have been allocated slots once used by hirers.

One hall user fired back: “I’m surprised they want it for staff; I didn’t realise they worked at night!”

A Guildhall insider told The Good Life that as so many staff are still working from home, the last thing the council needed was more desk space.

The council website admits that adult education classes, forced to move from the King Charles Centre after it was declared the site of a new school, will be staged at the hall this month, with drawing, flower-arranging and photography among the subjects.

Paul Lang, who chairs Surbiton & District Historical Society, described being booted out of the meeting hall as “a terrible shock”, while other hirers lined up to denounce the decision.

Don Rae, whose academy uses the hall for dance and drama training, said: “This is not fair, especially for organisations such as mine who have been out of operation for months to then be told we have no venue.”

Victoria Arnould, principal of the Arnould School of Dance, condemned the short notice as a new term was about to start, while line dancing coach Janice Golding said it was “extremely harsh of the council to make us homeless overnight”.

Pat McKenna, secretary of Kingston Archaeological Society, said: “I find it incomprehensible that in a year which has proved very difficult for all local societies, the situation for local societies has been made much worse.

“There is already a shortage of public facilities. If this action were necessary, there should have been a year’s notice at the very least.

“I feel their actions show just how much contempt these people have for those trying to run facilities for the people of this Royal borough.”

Surbiton Arts Group meets there monthly, and stages its exhibitions, in the hall. As with all groups, members said that one key advantage was the handy car park, tucked in behind it.

Brian Sole, secretary of the Kingston Philatelic Society, which has met twice a month at the hall for 30 years, said: “Lockdown has been bad enough, but the loss of our meeting place could result in the closure of the society for its 40 members.”

Clare Rowland, who runs Dancestars at the hall, called it “a total nightmare”, adding: “How can the council justify this?”

The situation is the same at the Hook Centre, where fitness, music, martial arts and sexual health groups have been given the heave-ho.

Pilates instructor Lesley Ann Compton was ordered to hand over her key after being escorted in for the last time. “They have no regard for the weekly hirers,” she fumed. “I assumed I’d be restarting my class, but they’ve kicked me out! I have 10 attendees and no place to go.”

Meanwhile Wes Heath, who runs the Rugbytots play programme, said: “We have been using the hall for nearly five years, with 70 children attending our classes on Saturday mornings. This has come as a huge blow to us and leaves us without a home. There’s a huge knock-on effect to our business.”