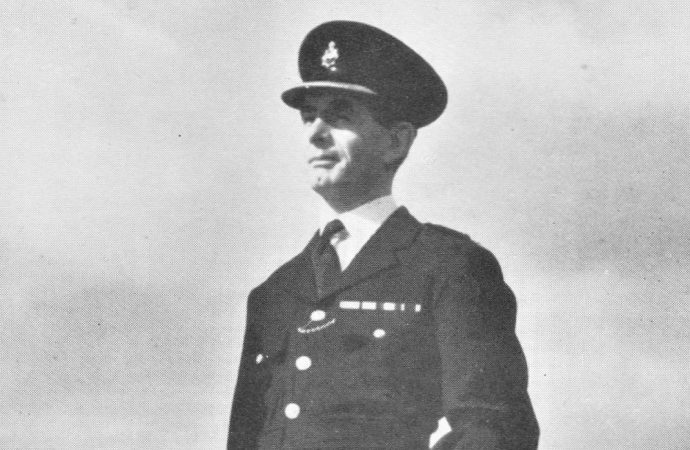 The man who helped devise the UK’s best-known telephone number lived in Elgar Avenue. Though humble about the role he played, Tom Fallon takes much of the credit for setting up 999. Born in London’s Docklands at the turn of the 20th century, he joined the police after serving in the Royal Navy in the

The man who helped devise the UK’s best-known telephone number lived in Elgar Avenue. Though humble about the role he played, Tom Fallon takes much of the credit for setting up 999. Born in London’s Docklands at the turn of the 20th century, he joined the police after serving in the Royal Navy in the First World War, beginning his career, as he put it, “pavement pounding in the East End”.
He married Mary, began a family and transferred to Scotland Yard in 1934, where he took charge of the information room where calls to the then emergency number, Whitehall 1212, were fielded. 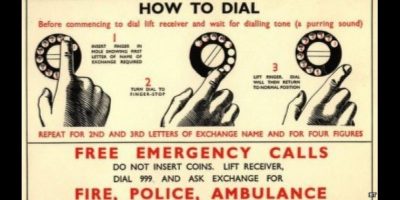 The birth of the 999 service followed a horrific early-morning fire on November 10, 1935 at 27 Wimpole Street. Neighbour Norman Macdonald tried to raise the alarm by ringing the fire brigade but was delayed because the operator at the local telephone exchange was busy dealing with a queue of other callers, and had no way of distinguishing between routine and emergency calls.

People watched helplessly in the street as doctor’s wife Julia Franklin, 55, shouted from a top-floor window: “For God’s sake get the fire brigade.”
Julia perished, as did her niece Lillie; cook Elizabeth Dunkley, 50; housemaid Alex Lamont, 22; and kitchenmaid Evelyn Hardy, 15. The doctor, Philip Franklin, who was away at the time, had the grim task of identifying the bodies.
Macdonald wrote to The Times to express his frustration, and the government set up the Belgrave Committee to look into the issue. The first problem they faced was that each local police station had just one telephone line.

As head of the police information room, Fallon’s input was key. Working with General Post Office officials (the GPO then controlled the phone network), he ran through options for a memorable number that could be fed through to a central control room from anywhere in London… and eventually anywhere in the UK. 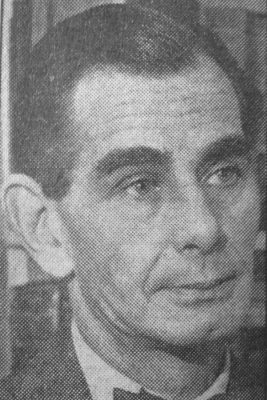 The simpler, snappier 111 was ruled out because when telephone lines flapped together in high winds they generated rogue ‘1’ diallings. Numbers beginning 2-8 had already been commandeered by exchanges, so 999 became the favoured option. Fallon laughed, and called it destiny. His first police shoulder number was 999K.

Modestly, he later played down the significance. “I helped launch the new radio crime-fighting system known as triple nine,” he said, adding: “While it was the number I first wore on my tunic collar as a constable on an East End beat, the coincidence of numerology was entirely unconnected with my early pavement pounding in the force.”

Tom and his colleagues also realised that on an old rotary dial it was possible to easily locate 9 in the dark, or in a smoke-filled room, thanks to the metal bar next to the digit.
Assistant postmaster general Sir Walter Womersley announced news of the world’s first emergency telephone number to the Commons on June 30 1937… to scepticism. Sir Sidney Herbert asked: “How does a lady with a burglar in the house remember to dial 999? Why not have some button on the telephone to be pressed?”
Sir Walter assured him that engineers had explored that possibility “but came to the conclusion that 999 was the best method to get a short, direct call”. 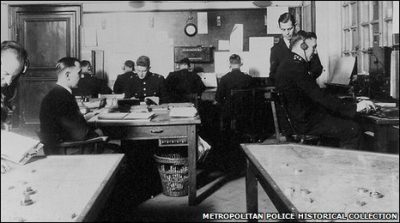 War interrupted a national rollout, and amazingly it wasn’t until 1976 that the whole of the UK was covered by an automatic system; the last bastion of manual connection in England being Abingdon.

The 999 service was an instant hit, though initially only covering a 12-mile radius from Oxford Circus. When should it be used? The Evening News was clear. “Only dial 999 if the matter is urgent; if, for instance, the man in the flat next to yours is murdering his wife or you have seen a heavily masked cat-burglar peering round the stack pipe of the local bank building. If the matter is less urgent, if you have merely lost little Towser, or a lorry has come to rest in your front garden, just call the local police.”

In the first week, 1,336 calls were made. Today it’s half a million.
Fallon transferred to Wapping to take charge of the Thames River Police, and he and Mary bought 166 Elgar Avenue (pictured) from the previous owners, Clarence and Lucy Purdy, settling in just as the Second World War broke out. 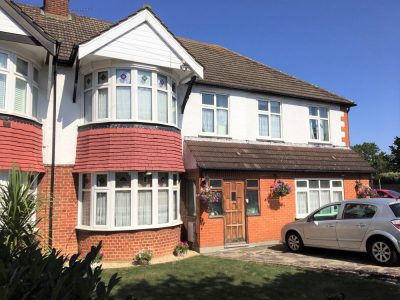 As head of the river police, he commanded 200 men and 30 boats for six years – right through the war.
Elgar Avenue got off lightly. Even on the notorious night of February 23, 1944, when 700 incendiary bombs blanketed Berrylands, the road escaped a direct hit.
Fallon retired in 1948 at the rank of chief superintendent, and he and Mary moved to Africa, where he took a security job in Tanganyika, now part of Tanzania, and helped found the ‘peanut police force’.

After a year or so the Fallons returned to Elgar Avenue where he reinvented himself as a writer, publishing River Police – the story of London’s waterborne coppers – in 1956, drawing on boyhood memories of the capital.
“I remember with what fascination I watched the Thames policemen in their tiny patrol boats, weaving in and out of the river byways and backwaters,” he said.
Fallon was technical adviser to the B-movie River Beat in 1954, and the television series Dial 999 in 1959 (billed as the UK version of hit US show Highway Patrol), its cast including future Doctors William Hartnell and Patrick Troughton. Fallon also wrote a radio crime series.

He lectured to church groups and townswomen’s guilds, and took up photography and golf, playing at Surbiton Golf Club for 10 years.
He died in 1964 following brain surgery, the funeral held at the Sacred Heart church, Wimbledon.

Mary continued to live in the Elgar Avenue house for a further 15 years. “We moved here in 1979; I just remember the last owner was an elderly lady,” the current occupant told The Good Life.