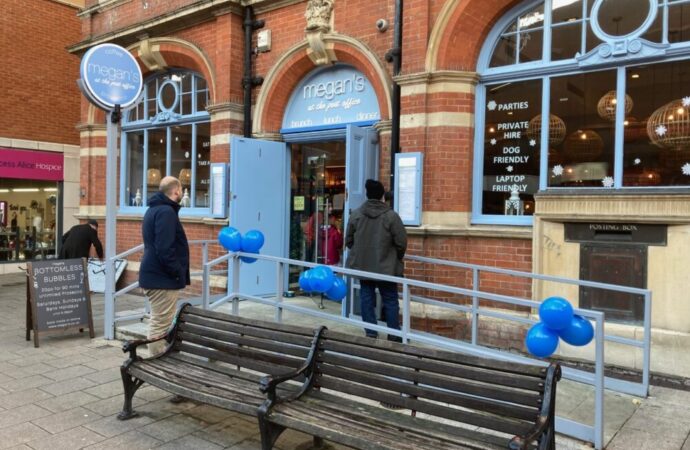 It’s open! Surbiton’s biggest, boldest new restaurant, Megan’s – a long-awaited local branch of the popular south-west London chain – has welcomed its first customers to the former Zizzi site in the town’s old post office building. There was a queue of eager local folk (some with pushchairs, some with dogs, some with the morning

It’s open! Surbiton’s biggest, boldest new restaurant, Megan’s – a long-awaited local branch of the popular south-west London chain – has welcomed its first customers to the former Zizzi site in the town’s old post office building.
There was a queue of eager local folk (some with pushchairs, some with dogs, some with the morning paper folded open to the crossword) keen to try it out on Saturday morning (December 5). 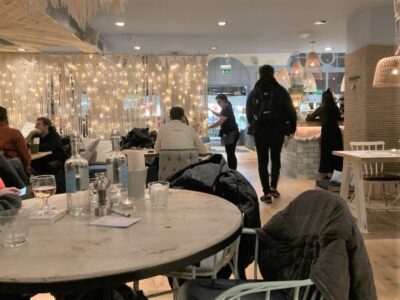 It has been a year since the building, one of Surbiton’s most attractive, has seen any life. Zizzi shut suddenly and with very little notice at the end of November 2019, a victim of a boardroom decision which saw half a dozen of its branches close.
Megan’s at the Post Office is the replacement, and – even in the middle of a pandemic – is an important boost to the future of the high street at a time when so many retailers and businesses are under pressure. 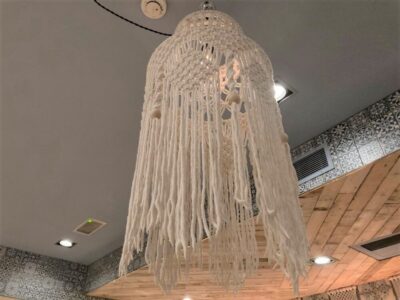 The old post office building in Victoria Road, opposite Sainsbury’s, dates from 1899. The site had previously been occupied (since October 1870) by Surbiton’s first cottage hospital, but when that moved to St James’ Road, the post office was built in its place.
While Zizzi focused on pizza and pasta, Megan’s is more broadly Mediterranean, but the emphasis of the menu changes through the day.
From 8am to 5pm it’s all-day breakfast and brunch – especially at weekends. After 5pm the menu switches to the evening offerings, which are very meat-orientated, although there are also veggie and vegan alternatives too. Most people seem to pool several dishes in the middle of the table and share. 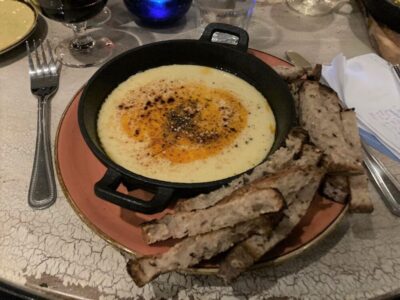 The executive chef of the entire Megan’s group is Turkish, and the menu is very much his choices. Think very upmarket kebabs.
There are now 10 Megan’s restaurants, each with their own character but sharing some things, such as lighting and seating. The new Surbiton branch has polished pale wood floors, a curious combination of rope, macrame and wood lampshades and wall hangings, and a scattering of post office memorabilia to remind you of its origins. 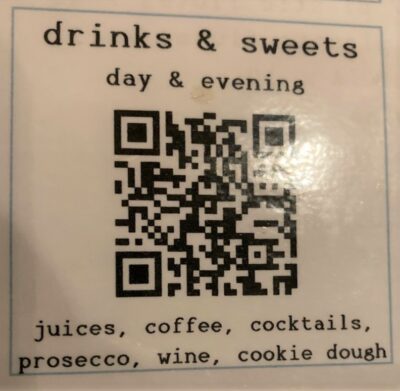 The all-day eatery had a successful friends-and-family launch on Friday December 4, to give new staff a taste of the bustle to come. The Good Life popped along to make an early assessment.
So you know who’s who, waiters and waitresses wear black, while managers (all protected by transparent mouth masks) wear bright colours.
The staff are exceptionally friendly and chatty… and fit. They have to be. Every starter, main course and pud, every salad, meat and veggie dish, has to be humped up the stairs from the subterranean kitchen to the main floor.
You order from an assigned waiter or waitress, who keys the order into a screen that hangs from their belt. Drinks menus are on QR codes, so you need your mobile phone handy. If you beg for a printed menu, they will eventually find one, but the type is tiny and it’s tricky to navigate in the dimmer light of an evening. 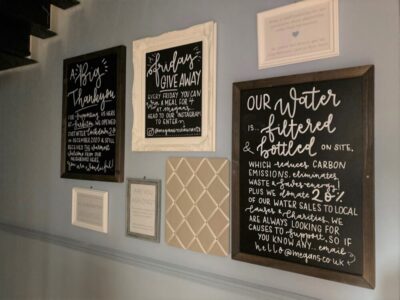 We had starters of gambas (prawns in garlic and chilli butter, £9.90) and Turkish cheese fondue (same price, served in a very hot shallow pan, rather than a fondue bowl). Both were very good quality. Other options to start include calamari, braised lamb hummus, a board which includes Turkish sausage (see what I mean about the meat emphasis)… and piri piri roasted cauliflower.
Our main course option was the multiple mix mezze, including hummus, Turkish salsa, coleslaw and garlic yoghurt to accompany a selection of chicken, chorizo and braised lamb.
Other options range from chicken shawarma, open kebabs (including vegan chorizo) and steak grills. You could order salmon, or you could go for the handful of other vegetarian dishes. 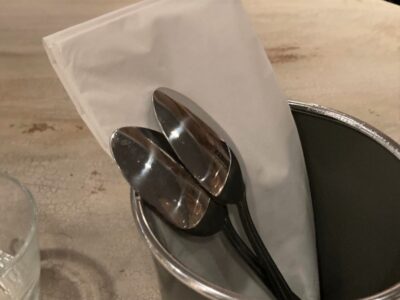 They are still finding their way with the puds. Not all are yet available, and our Turkish cheesecake (more like a flat sugary ‘Shredded Wheat’ baklava) wasn’t a spectacular success.
The deal with bottles of still and sparkling water is that 20% of the price is donated to local charities.
The restaurant is divided into three loose zones. When you go in, the bar is on your left and there’s a relaxed front area. A middle zone comes next, with dining tables of different sizes and wall tables. 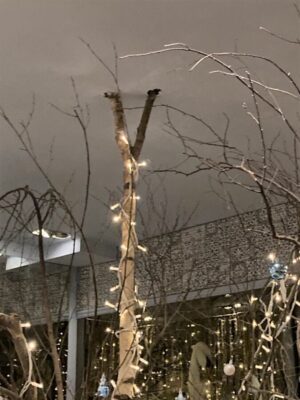 You pass the stairs, and the stairwell which incorporates a huge silver birch tree, and enter the final back zone – more intimate, darker, and containing sofas in the centre and tables and chairs round the side. Bizarrely, two holes have been poked in the ceiling plaster (see picture, left) to accommodate the upper branches of the tree.
There will be scope, in time, for each zone to be separately hired for parties. The loos are down the staircase, although there’s a disabled access loo on the ground floor as well.
The loo walls downstairs feature some old pillar box fronts for decoration.
All the early signs are that this dog-friendly, laptop-friendly all-day meeting and eating point is here to stay. The restaurant directors, who gathered for a celebration meal on the Friday evening, have invested heavily in kitting out the new restaurant.
The all-day breakfast and daytime menu includes a lot of poached eggs and exotic coffees, including coconut cappuccinos, as well as healthy cereal, oat and yoghurt bowls. 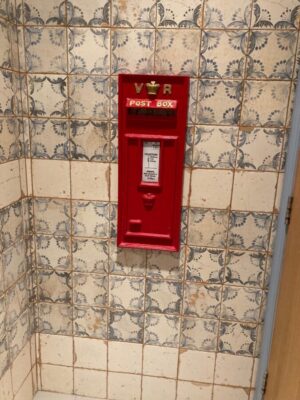 There are early bird offers on a reduced menu selection for £9.50 a head on Mon & Tues (all evening) and Wed, Thurs & Fri (5-7pm). Happy hour for cut-price drinks runs 5-7pm on weekdays, and there’s a £20 per person bottomless bubbles deal – as much Prosecco as you can neck in 90 minutes on Saturdays, Sundays and bank hols, up to 6.30pm.
It’s by far the biggest restaurant in Surbiton. Time will tell if locals decide it’s the best too, but with the amount of money that the owners have pumped into it during these tricky trading days, they’re determined to make a good go of it.