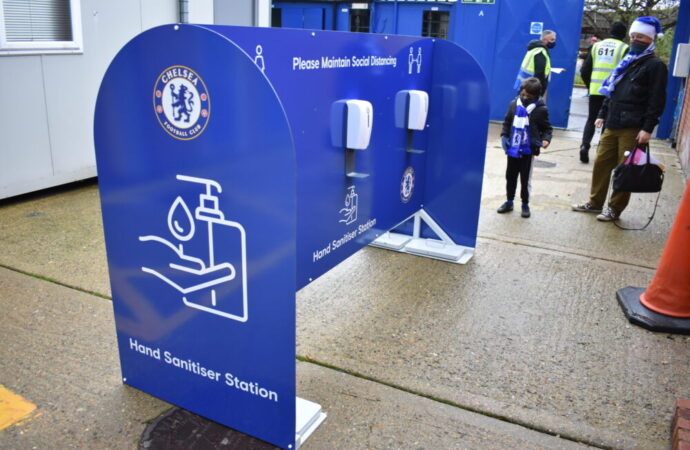 A string of positive Covid tests in the Chelsea Women’s camp means that Sunday’s scheduled London derby against Tottenham in the Women’s Super League has been cancelled. It is believed that three or four of the squad that defeated Benfica on Wednesday night at Kingsmeadow have failed Covid tests, so Spurs have agreed to postpone

A string of positive Covid tests in the Chelsea Women’s camp means that Sunday’s scheduled London derby against Tottenham in the Women’s Super League has been cancelled.

It is believed that three or four of the squad that defeated Benfica on Wednesday night at Kingsmeadow have failed Covid tests, so Spurs have agreed to postpone the fixture, even at this late stage.

In a club statement it was said that ‘a number of positive tests for Covid-19 were returned within the Chelsea FC Women’s team set-up after the last round of testing’.

The affected players went into 10-day self-isolation, which runs into the three-week Christmas and New Year break that was scheduled anyway. However, it means those players will not be able to link up with families over Christmas weekend.

The news comes after Chelsea were handed the toughest draw of all surviving teams in the Conti Cup quarter-finals… away to Man City on either January 13 or 14.

Chelsea’s multi-national squad had planned to disperse to family homes around the UK, and fly away to Scandinavia, South Korea, Germany, Canada and Australia for the festive break, immediately after the Spurs match. The positive tests in the squad could mean flights being abandoned for players now isolating.

West Ham’s match against Aston Villa, also due to be played on Sunday, has also been called off because of positive Covid test results.

Chelsea Women are not due to get together again until Monday January 4, to build up to the away game on Sunday January 10 against Reading. That fixture’s viability will depend on a rigorous series of tests in the week leading up to the game, but the latest cancellation shows the predicament of the sport if any member of the players’ bubble contracts coronavirus.

Chelsea were anxious to emphasise that the men’s team had not been affected, and so Monday night’s clash with West Ham at Stamford Bridge is still due to happen, though it won’t escape anyone’s notice that if both Chelsea and West Ham’s women’s training camps have reported positive tests, there is likely to be a need for further reassurance (and probably testing) before the sides meet.

Although there isn’t huge interaction between the men’s and women’s squads, there is shared use of some facilities at the training base. Sanitising stations (the one pictured above is at the Kingsmeadow stadium in Kingston) are located at points all around the Blues’ Cobham camp.

It is only four days since the FA confirmed that between December 7 and 13, 854 tests were carried out in the WSL and Championship… with four coming back as positive.

That announcement was made the day before the Chelsea v Benfica Champions League clash… so although the FA never announce which specific club or player had the positive tests, it can’t have been Chelsea. So Chelsea’s multiple positives came AFTER the Tuesday press release.

There will be worries in the Benfica camp that just three days ago their players were playing against a team which has now been forced to cancel their next fixture. UEFA have been informed, and will be liaising with the Portuguese club.