You don’t know what you’re doing 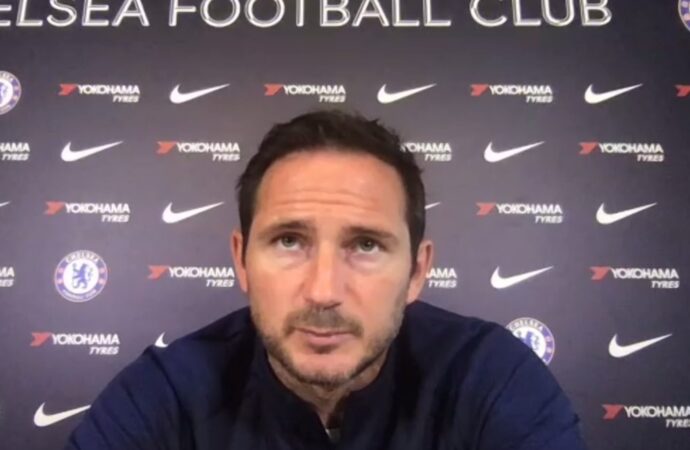 With the kind of logic only Chelsea FC’s board understands, Frank Lampard was allowed to steer his team to last 16 of the FA Cup on Sunday, then sacked. The latest banner to be unfurled and suspended at Stamford Bridge – flapping in the icy air as the Blues beat Luton Town 3-1 – read:

With the kind of logic only Chelsea FC’s board understands, Frank Lampard was allowed to steer his team to last 16 of the FA Cup on Sunday, then sacked.

The latest banner to be unfurled and suspended at Stamford Bridge – flapping in the icy air as the Blues beat Luton Town 3-1 – read: In Frank We Trust. Then. Now. Forever.

Forever lasted 21 hours. It has left fans flabbergasted. If we weren’t in the middle of a pandemic, they would be gathering for a sustained chorus of ‘You don’t know what you’re doing!’ Instead there’s a weary shake of the head which translates into: ‘We’ve been here before, many times’.

Lampard was allowed 18 months of his three-year contract before being sacked like so many before him by the most impatient board in world football. It will bring to £130million the amount Roman Abramovich has spent on redundancy pay-offs.

The results have been poor for the past month (they usually are at Christmas, when Chelsea traditionally throw away any advantage they’ve earned), but surely not poor enough to dismiss such a popular figure ahead of three crucial league matches in the space of a week.

The new manager, ex-Paris St-Germain boss Thomas Tuchel, had already been lined up. He, too, will serve half his contract, be handed a pension pot that mere mortals can only dream of, and be sent packing. You can pencil the announcement in your diary for May 2022.

Oh for Chelsea to have so little spare money that they have to stick with a manager through thin patches and poor runs of form like ordinary clubs such as Arsenal and West Ham! But there is so much excess cash swilling round the boardroom at Stamford Bridge that the directors appear incapable of leaving it in the bank. Fans of other teams accuse Chelsea of trying to buy success, and it’s increasingly difficult to argue otherwise.

Lampard is 42, and remains the only former professional footballer with a Latin O-level. He’ll be snapped up by another club who will give him the time to succeed. Meanwhile there’s no guarantee that Chelsea won’t slip from their current place – ninth in the Premier League.

“This has been a very difficult decision, and not one that the owner and the board have taken lightly,” read the club statement at 11.30am on the day after the cup win. “We are grateful to Frank for what he has achieved in his time as head coach of the club. However, recent results and performances have not met the club’s expectations, leaving the club mid-table without any clear path to sustained improvement.”

In a personal note tacked on to the end, Abramovich said that he had “the utmost respect” for Lampard. An interesting choice of words as you push someone out of the door.

Chelsea were only five points behind champions Liverpool when Lampard was sacked. His successor was dismissed by PSG on Christmas Eve, so can start work straight away.

Chelsea welcome Wolves and Burnley this week to the Bridge, then travel to Tottenham on February 4. The FA Cup win on Sunday means they will be away to Barnsley in the 5th Round, shortly before Valentine’s Day.