TT: there’s no time to waste 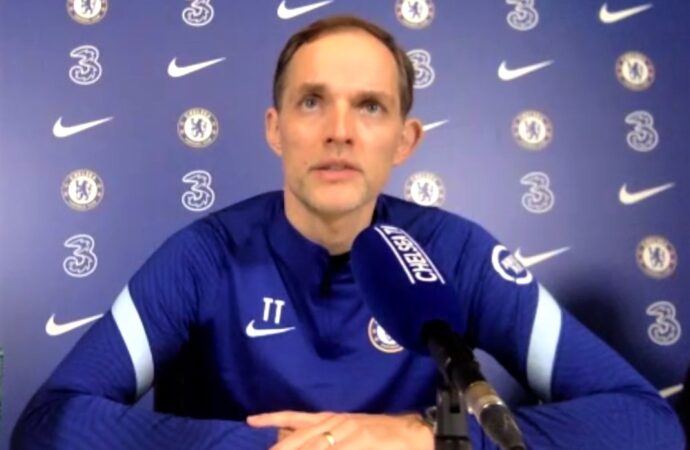 There’s no time to waste, insists Thomas Tuchel as he settles into a managerial seat still warm from the last incumbent. Things move swiftly at Chelsea, and the new gaffer was no sooner finished his midweek 0-0 draw against Wolves than he was setting up his team to face Burnley at the Bridge on Sunday.

There’s no time to waste, insists Thomas Tuchel as he settles into a managerial seat still warm from the last incumbent.

Things move swiftly at Chelsea, and the new gaffer was no sooner finished his midweek 0-0 draw against Wolves than he was setting up his team to face Burnley at the Bridge on Sunday.

“I like attacking football; scoring, making chances. I like to think offensively, and give players guidance on how to accelerate a game. I love it when we gain second balls; when we force mistakes and have active recoveries,” he said, when asked to define his style having arrived in place of Blues legend Frank Lampard. “Also I have to adapt to the characteristics of the players, and what is good is for the team to win the games. It’s a mix.”

He pledged that his aim was to entertain Chelsea fans and make them feel excited. “There’s no time to waste; we compete now for the FA Cup and in Champions League,” he said. His target is to “create a team that’s absolutely no fun to play against”, but in terms of competing in the league this season, he appears to acknowedge that a top-four finish is going to be a tall order – though one he’ll nevertheless attempt.

Realistically, he is looking to August to commence a proper campaign to be league champions. “From the start of next season we want to be ready to close the gap on Liverpool and Manchester City,” he said. “There are a lot of teams between us and fourth place, but we take little steps in terms of details and bonding and improving our game, to be able to win games every three days. The results will come, the points will come and we’ll do everything to jump into the first four places.”

In an amusing diversion, TT admitted that he may once have been considered a fan of arch-rivals Tottenham as it was one of the first English teams he heard of as a boy (he’s now 47). But he said in his unveiling press conference that he had liked ‘Tottenham Hotspurs’. By calling them ‘Hotspurs’, and admitting that he didn’t even know it was a London club, he neatly side-stepped any awkwardness with Chelsea fans.

The board at Chelsea, which gave Lampard his marching orders in a swift and merciless move, will be relieved that with social distancing rules and a spectator ban at stadiums there was no opportunity for supporters to make their shock and displeasure felt.

Fans are generally miffed that Lampard wasn’t given longer to prove himself. After all, it was only last month that Chelsea were top of the Premier League. Had Lampard asked for a two-year contract extension that week, he’d probably have been given it!

Diehard Blues loyalists point to the alarming dips in form experienced by Ole Gunnar Solskjaer and Mikel Arteta at United and Arsenal respectively. In each case, the clubs kept faith and have been rewarded by significant improvements.

“I absolutely assume that it is a big, big disappointment for the fanbase to see that Frank was sacked,” agreed TT. “I have the biggest respect for him and was a huge fan of Frank as a player. It was pure joy to watch him play to see how he played with personality. He was one of the key figures to demonstrate over 90 minutes what Chelsea is all about, about intensity, about devotion, about a winning mentality.”

He revealed that Lampard had sent him a message wishing him well – a move which, TT said, had raised his respect for the previous manager to a new level. Tuchel said that he wanted to create “a certain bond, a certain glue” between players in his squad, said he didn’t need any additions to the 22 squad players he already had, and said of his appointment that he had been “too hungry to hesitate” about taking the job.

He is closer to Pep Guardiola than his fellow German Jurgen Klopp. “I have spoke with Pep a lot since he started working here. This is the benchmark of leagues. I love it; it brings out the best in our coaches and players. It’s something to step up and beat the best,” he said. Of the Liverpool manager he added: “Klopp? It’s [going to be] hard to be as successful, but we’ll try hard. He’s one of the best coaches and most fascinating personalities. Our ways crossed many times. We don’t know each other so well. When we meet it’s super funny because he’s a fantastic personality. He’s in the place that’s a perfect fit between him and the club. He’s found his place to be; fans love him, people love him and he has the results.”

TT still has the same faith in younger players at Chelsea that Lampard demonstrated, and said he had deliberately not chosen to play Mason Mount or Billy Gilmour in his first game against Wolves to ensure there was no added pressure on them. “I like what I’ve seen of Mason; such a nice guy, so much talent. He cares for Chelsea 100% and gives 100% every time he plays. I will not stop guiding and trusting him. Billy the same; he’s a very strategic guy with a high level of understanding of the game, and is superfast in decision-making and positioning.”

Referring back to the fact that he had been sacked by Paris St-Germain on December 24, he said: “I had a pretty rubbish Christmas, job-wise”, before adding that the approach by Chelsea meant he had found one more present under the tree.

Indeed he has, with a well-remunerated 18-month contract. Telling, though, that it is only 18 months, compared to the three-year deal the inexperienced Lampard was handed. Does an 18-month contract mean you’re not in your comfort zone? At first he had been surprised it was so short, but it was only a momentary feeling. “Then I thought, what does it change anyway? You can never be sure [of anything]. I decided not to worry about it. I decided to take this adventure; I want to do it. I don’t want to miss the chance. I believe more in the chances than the risks. I’m grateful to do this job at this level, and I don’t want to waste time worrying about the risks.”

He’s got a good sense of humour, as well as a sure grasp of the technical aspects of football and a passion (demonstrated on Wednesday night against Wolves) for possession. Asked if he was a cool kind of dude, he responded: “How uncool would it be to tell you how cool I am? I’m here as a football manager; I’m the guy for the dressing room, for the tactics.”

TT believes he can rehabilitate and re-energise Timo Werner, a striker who appears to have lost his mojo. “Timo? He prefers to have space. He’s superfast and likes to play high up, a little more to the left. Can we develop his patterns? That’s my job; he’s eager to learn. At the moment his face is a bit closed, the weight is on his shoulders. He cares, and he’s not happy with himself and the way things have gone lately. It’s important to rebuild his trust and refind the smile on his face, then find the position where we can use his strength.”

Tuchel has yet to meet or speak to Roman Abramovich, having done all his negotiating with Petr Cech and Marina Granovskaia, but he feels that the fact that he won’t be at loggerheads with a sporting director at Chelsea, as he was at PSG, should mean there’s less risk of manager/board stress. “Because of the history of coaches at Chelsea, maybe I won’t stay long. I don’t want to talk about time right now, because there’s a match on Sunday,” he said, with commendable realism.

“We came close against the Wolves, but we have to improve, and maybe take more risks. This is the challenge. I will not lose a minute worrying about the opponents. We expect Burnley to be a structured 4-4-2, and this is fair enough. It’s how they play,” he said, anticipating Sunday’s noon kick-off match at the Bridge.