You’re the one that I want!

Sounding a little like Olivia Newton-John in Grease, Chelsea’s imposing central defender Millie Bright insisted: “You’re the one that I want!” when questioned about her desire for the Champions League trophy ahead of Wednesday night’s tie against Atletico Madrid. It’s the home leg of the double-header in the European competition’s Round of 16, with Kingsmeadow

Sounding a little like Olivia Newton-John in Grease, Chelsea’s imposing central defender Millie Bright insisted: “You’re the one that I want!” when questioned about her desire for the Champions League trophy ahead of Wednesday night’s tie against Atletico Madrid.

It’s the home leg of the double-header in the European competition’s Round of 16, with Kingsmeadow the setting.

Although she didn’t actually sing ‘You’re the one that I want’ in her pre-match press conference, she HAS just made a feelgood dance track with Rachel Daly to support mental health charity Ditch the Label, so there’s definitely music in the air.

The track As It Rains features the footballers (DalyBrightness) with Ashley Wallbridge, and is punchy enough to get the Chelsea Women’s team fired up in the dressing room ahead of the Atletico clash.

“The Champions League is really the trophy we’re going after,” admitted Millie, even though Chelsea are still (just) top of the tree in the league, and in the final of the Conti Cup later this month. “It’s a competition we belong in, and we don’t want to be out of it.”

After the heartache of not qualifying for the competition last time, when a strange run of scoreless games left them a mountain to climb, Chelsea are now confident of being one of three Women’s Super League teams who will go into next season’s competition as Uefa expands the tournament.

But they would like nothing better than to be in next year’s Champions League as holders, and that initially entails beating Atletico over two legs.

“We’re back where we belong and we’ve got to make sure we stay there,” said Millie, adding that it has been the arrival of a slew of new stars which has pushed up Chelsea’s quality. She particularly singled out Pernille Harder for raising the standard.

“Having those players come in with their Champions League experience has been massive. It’s taken everyone up to the next level, Pernille especially. That’s the experience we didn’t have before, and we now have. We’ve always been focused, but [experience] was just that last hurdle we had to get over.”

After leaving the England camp because of a hamstring tendon issue that she’s now overcome, Millie Bright aims to be back in the heart of defence alongside club captain Magda Eriksson for Wednesday night’s clash.

Atletico’s keeper is former Blues star Hedvig Lindahl, with both Millie and manager Emma Hayes looking forward to being reunited with an old pal to whom they were once Hopelessly Devoted.

“Hevig? We all know what she’s capable of,” said Millie. “I played with her for a few years at Chelsea, and I’m sure she’s going to motivated!”

However, Millie Bright is certain the Blues have the ability to secure a first-leg advantage. “We’re super ready for it,” she said. “I’m feeling really good in myself, everyone’s full of confidence.

“Winning the CL would be massive; I try not to look too far ahead, we have to go game by game and keep training hard. Every player’s putting in a shift and looking really sharp, and it’s the trophy we want.

“When you come up against a team you’ve never played before, details become even more important. You look at the likes of Lyon and they’re consistent in the league and the Champions League. Being consistent is what Lyon are, and it’s something we’ve taken on board and added to our game. 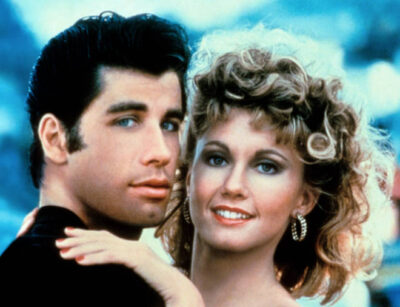 “I think we’ve got all the ingredients to go and do it; we just have to put words into action.” Much like John Travolta and Olivia Newton-John put it when the Grease film hit the screens, a staggering 42 years ago.

Millie acknowledges that Chelsea “weren’t ready” when it came to their last couple of tilts at European glory, but repeated: “I feel we’re ready now, and it’s the one that we want!”

Atletico come into Wednesday evening’s match in the wake of a 4-1 win over Valencia in the Spanish women’s top flight, with Ludmila da Silva racing up front like Greased Lightnin’ and scoring twice… and clearly being the one that Millie Bright will be paying close attention to. Well, there are worse things she could do…