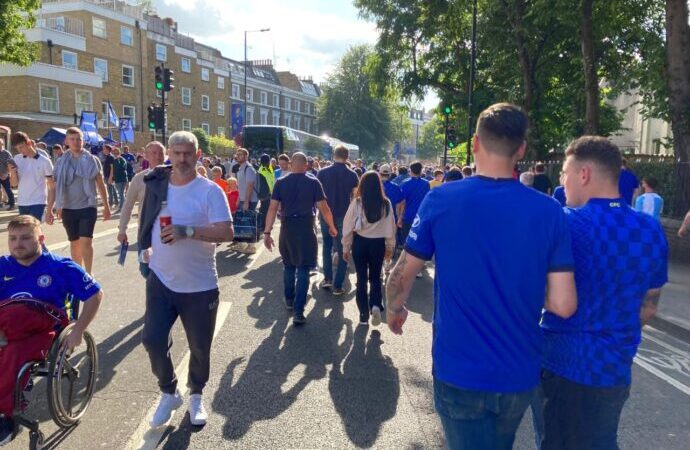 As Blues fans made their way home in the August sunshine after a satisfying 3-0 victory over London rivals Crystal Palace, all the talk was about Trevoh Chalobah, the defender manager Thomas Tuchel believes holds the key to Chelsea’s defensive foundation for the season. Tuchel has given the 22-year-old plenty of pre-season starts, and now

As Blues fans made their way home in the August sunshine after a satisfying 3-0 victory over London rivals Crystal Palace, all the talk was about Trevoh Chalobah, the defender manager Thomas Tuchel believes holds the key to Chelsea’s defensive foundation for the season.

Tuchel has given the 22-year-old plenty of pre-season starts, and now plans to alternate him with Reece James at right back, making Kurt Zouma likely to be sold or – at the least – go out on a season’s loan.

Tammy Abraham has already left; sold to Jose Mourinho’s Roma for £34million… news filtering out on Saturday evening after a match in which he was named as a sub, and made a fleeting last warm-up at half-time in front of a capacity crowd at the Bridge, waving enthusiastically to fans as he was applauded on leaving the pitch to take his seat again on the sidelines. 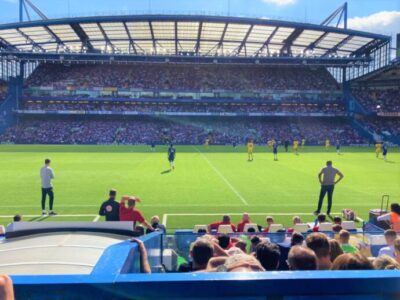 Chalobah was magnificent against Palace. Wearing his new shirt number, 14, he bossed the right flank, regularly skipping forward as part of a tall, defensive three-man back line alongside Tony Rudiger and (in the centre) Andreas Christensen. Outliers Marcos Alonso and Cesar Azpilicueta were ready to fly back to assist if required, but Patrick Vieira’s Palace side posed little threat.

“We see ourselves as hunters, as challengers to the three teams that ended in front of us [last season],” said Tuchel before Saturday afternoon’s match. But by the time Jon Moss blew the final whistle, it was looking even rosier than that.
Chelsea dominated, passing the ball with delightful fluency, setting up impressive attacks down the sides and having overwhelming possession, urged on at every step by Tuchel, who demands – and gets – the best from his charges.
Having fans back at the Bridge made a huge difference too. “A full house? It changes the whole game,” said Tuchel. “With the fans it creates a bond on which we can rely; hopefully we can show the energy that supporters want to see all over the world. It’s a special energy and attitude; it’s on us to produce that in every single match at Stamford Bridge. We need the spectators to be on their best level too.”
Tuchel’s target is to make life hard for any visitors to the Bridge, although the next test comes at the weekend when the Blues visit Arsenal, with Romelu Lukaku given his first start after finishing quarantine. “We’ve signed one of the best strikers in the world, but the best? I don’t like comparisons; different players have different qualities,” said Tuchel when asked to assess Lukaku. “He is a Chelsea boy, he knows the club well and we hope he can shine and do what he does, which is scoring.” 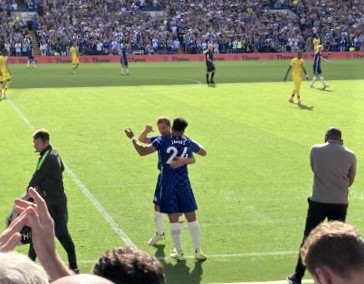 Abraham’s departure gives Lukaku the No9 shirt, which he is expected to wear when he makes his second debut for the Blues at the Emirates on Sunday afternoon.
“He is a true No9; the kind of No9 I see in a Chelsea shirt. He is a physical striker – the league demands it. It’s so needed. It’s the perfect fit for Chelsea to have this kind of player up front,” said Tuchel. “He’s matured, played abroad and had success with various other clubs. It’s a huge part of the story that he’s happy to make life easier for players around him.”

But it is Chalobah who has truly impressed Tuchel in pre-season. Out on loan in 2020/21, Tuchel was impressed by Chalobah’s work with Lorient in France last year, trusted him in the Super Cup and was rewarded with a fine 90 minutes against Palace… including that spectacular long-range goal from the right, two minutes before the hour mark.

“My shooting is not really good!” said Chalobah afterwards. “But sometimes you can hit the ball and be surprised! As I got closer to the goal I decided I was going to shoot. I had the space, and the crowd were getting behind me. It was perfect.”

The right back sank to his knees, overcome by the moment. Scoring on your league debut is a dream, but to score a goal-of-the-month contender on your first full match is simply beyond wonderful. “I didn’t know the ball had gone in,” he added. “When I heard the crowd, I was like ‘Wow, it must be a goal!’. I knew I hit it cleanly. The rest took care of itself.”

Chelsea’s first goal, on 27 minutes, was a beautifully weighted Alonso free kick which left Vicente Guaita rooted to the spot. The second was five minutes before halftime. Pulisic followed up after Guaita could only parry.