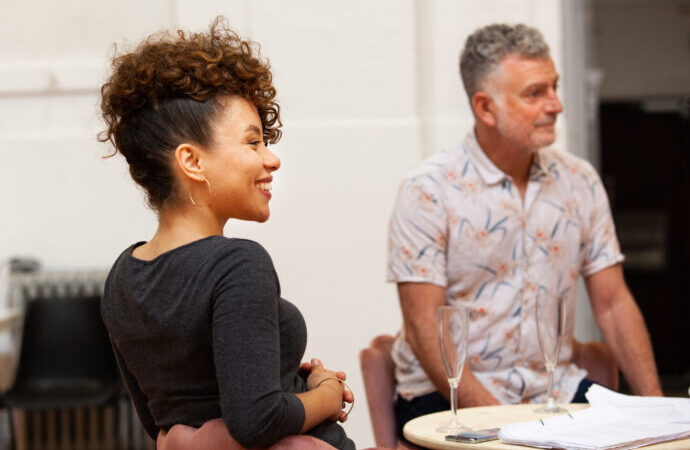 In the league of spot-changers, climate charity mandarin Ben has a virtuous smugness and an inability to alter his ways. This particular leopard fancies he’s the hunter, but it rapidly transpires he’s the prey in the world premiere of Alys Metcalf’s tense thriller Leopards, which runs until Saturday September 25 at Kingston’s Rose. It’s a

In the league of spot-changers, climate charity mandarin Ben has a virtuous smugness and an inability to alter his ways. This particular leopard fancies he’s the hunter, but it rapidly transpires he’s the prey in the world premiere of Alys Metcalf’s tense thriller Leopards, which runs until Saturday September 25 at Kingston’s Rose. 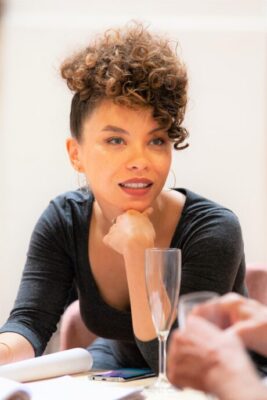 It’s a well-crafted two-hander. Ben (Martin Marquez) meets Niala (Saffron Coomber) in a hotel bar. One thing leads to another, and they end up in a grand bedroom suite, several floors up, where the twists and turns are both verbal and physical.

But all is not as it seems, and the audience (still socially distanced at present… though that’s under review) is led on a meandering and uncomfortable journey. 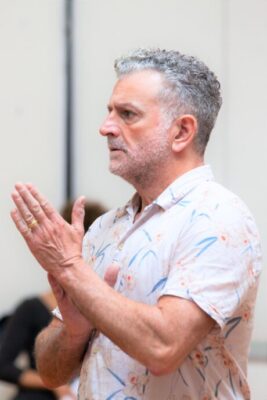 What’s dazzling, apart from the clever plot bends, is Metcalf’s dialogue. She has a gift for real, flowing sentences – an increasingly rare achievement when so many writers fall back on stilted cliches and ridiculous mannered construction.

Marquez, as the charity chief offering career tips to a young admirer, brings his experience at the Donmar, The National and Shakespeare’s Globe to bear on the part of Ben, though he’s still probably best known for his role as Gino Primirola in the BBC comedy drama Hotel Babylon.

Saffron Coomber was nominated for best West End debut for Emilia in 2019, and has a stunning future ahead of her on stage; she combines a bubbly exterior and a darker inner self so well in this production.

We’re all under strict instruction not to reveal the crucial plot twists, so I’ll restrict myself to saying that while I fell hook, line and sinker for each one, ‘er indoors claimed to have sussed most of it by about the midpoint.

Maybe I just enjoyed going with the flow, and relished being baffled and misled by Metcalf’s clever play construction. 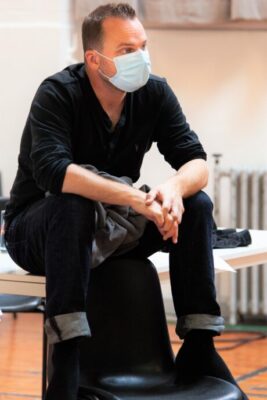 It’s director Christopher Haydon’s Rose debut, and he does an excellent job

The central issue is consent; a good topic to tackle. Though set in the present, and on one evening, the play references the past and – to some extent – changing attitudes.

Stormy weather provides a suitably dramatic backdrop to the sparse, but effective, set as the secrets start to spill out, and the implications of choices we make take their toll.

Haydon gathers the forces of the cast and setting together to construct this highly recommended show, with Lily Arnold’s design, Gareth Fry’s sound and Colin Grenfell’s lighting helping to make it a memorable evening. This is an impressive Rose directorial debut by Haydon.

The show is co-produced by the Fleabag production winner, with a short trailer – made by The Other Richard – available here, to taste before you leap.

Tickets for the final few shows are available here.