Blues crash out of Europe 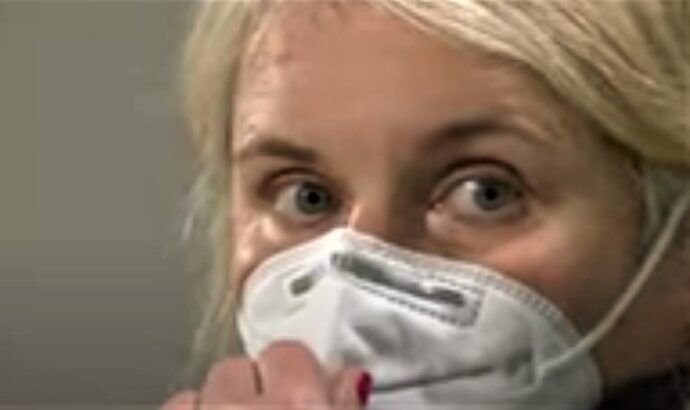 Despite putting out the strongest team she could, Emma Hayes had to accept that Chelsea Women were simply not good enough after they slumped to a 4-0 defeat in Germany in the Champions League on Thursday night… and were dumped out of Europe.  After losing first-choice goalie Ann-Katrin Berger to Covid, deputy Zecira Musovic was

Despite putting out the strongest team she could, Emma Hayes had to accept that Chelsea Women were simply not good enough after they slumped to a 4-0 defeat in Germany in the Champions League on Thursday night… and were dumped out of Europe.

After losing first-choice goalie Ann-Katrin Berger to Covid, deputy Zecira Musovic was between the sticks. But up front, Pernille Harder, Sam Kerr and Fran Kirby led the line; the strongest possible attack force after Kirby and Harder had been rested against Reading days earlier in a match which – though vital in a domestic context – was deemed less important than progress in Europe.

That 1-0 defeat should have been a serious wake-up call. But with a quarter of an hour gone against Wolfsburg, Musovic saved, pushing the ball into the path of Svenja Huth, who fired home.

She doubled the lead less than 10 minutes later as the Blues defence, in complete disarray with Jess Carter having one of her most confused and wayward games in a blue shirt, failed to generate any true authority in their area.

On the touchline, Hayes looked shocked by the first-half display while, at the opposite end of the pitch, gritty Wolfsburg defending nullified Chelsea’s forays.

A Kerr lob rebounded off the crossbar, but the Blues failed to match the home team, player for player. They lost out in midfield, couldn’t impose their customary possession style and – in the end – had no adequate answers to their opponents’ sheer determination.

Even the introduction of the more attack-minded Ji So-Yun into midfield for Sophie Ingle with five minutes to go before the half-time break (a tough call, and a harsh one for Ingle) failed to make a difference.

Two more goals followed in the second half. Before an hour had been played, Tabea Wassmuth made it three, then completed the rout with 12 minutes to go, as Chelsea pushed everyone forward and found themselves exposed to swift breaks. 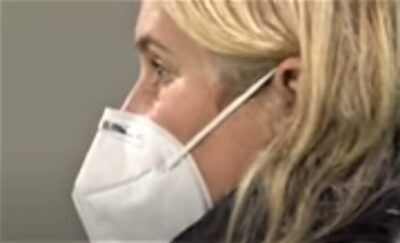 Blues manager Emma Hayes had a haunted look as the last moments of Chelsea’s 4-0 defeat played out       Pic: DAZN

The Blues have simply let their European, and domestic, dreams die in the space of a fortnight… despite winning last season’s delayed FA Cup in style just two weeks ago.

It will take Hayes time to rebuild battered confidence, with the women’s Christmas break looming. All her team had to do was avoid defeat to progress to the knockout stages of the competition the manager most wants to win.

Hayes cited ‘Covid anxiety’ as an excuse, adding: “I didn’t recognise my players tonight.” But whatever tests in the coming days reveal, her players fell well short. Germany and Spain have far stronger claims to European dominance, and Chelsea will have to strengthen and rebuild if they are to come anywhere near ruling the continent in the next few years.

“Our heads were all over the place [with Covid],” Hayes said, in a thoughtful, sombre and measured post-match assessment. “[Covid] spreads like wildfire in a team, and I’m gutted for the players. That in no way represents a performance for my team; they’re exhausted. It’s deja vu after another really, really bad Covid outbreak last year, and I think that played a major part in our performance tonight.

“We conceded too many goals [in recent games]. For tonight’s performance, everything had to be right… and unfortunately it was not.”

Chelsea have now gone three games without scoring – something that seemed unthinkable after the dazzling Wembley victory. “Have you ever seen so many individuals in this team perform so poorly?” asked Hayes, rhetorically, in one of the most damning assessments during her long tenure as manager. She answered the question herself. “Not really. Not often.”