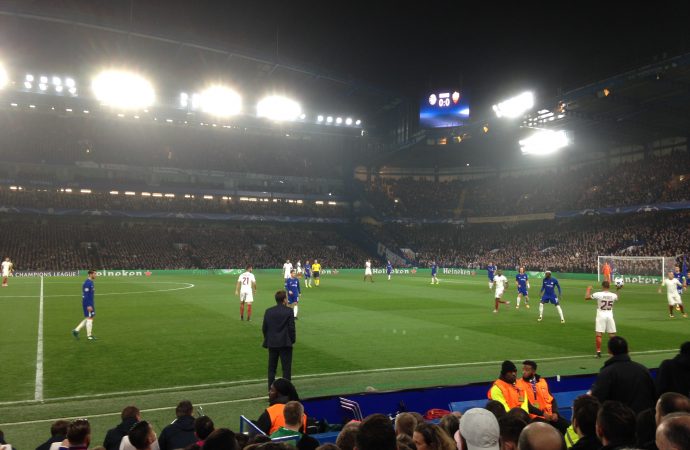 An exhilarating, all-action, breathless whirlwind of a game under the floodlights saw Chelsea initially overpower Roma, then get pegged back, then fall behind and finally snatch an equaliser in a 3-3 classic. The scoreline was actually Chelsea 3 Manchester City 3, as two City old boys – Aleksandar Kolarov and Edin Dzeko – supplied all

An exhilarating, all-action, breathless whirlwind of a game under the floodlights saw Chelsea initially overpower Roma, then get pegged back, then fall behind and finally snatch an equaliser in a 3-3 classic.

Intriguingly, AS Roma started without a single Italian in their line-up.

Had you suggested such a thing a few years ago to the boisterous, passionate fans of the club that produced Francesco Totti, few would have believed it.

But Roma’s international army gelled well, despite falling behind to a curling wonderstrike from David Luiz, pushed up into midfield because of N’Golo Kante’s injury, and then Eden Hazard’s neat half-volley.

Indeed, had Roma snatched all three points it wouldn’t have been a total travesty; but Hazard headed his second, and Chelsea’s third, with a quarter of an hour to go to make it 3-3 after Dzeko had nudged Roma ahead in the 70th minute.

Luiz looked annoyed to be subbed just before the hour mark, but Tony Conte justified it by saying his defender/midfielder had an injury.

What is certain is that when Luiz left the field, Chelsea lost much of their intensity. Luiz harried, hassled and pushed the boundaries between legal and illegal challenges every second he was on the pitch. Indeed, it was one of his finest games for the club. It was astonishing he wasn’t booked.

This was an autumnal cracker. Fans were beaming as they strolled back to Fulham Broadway.