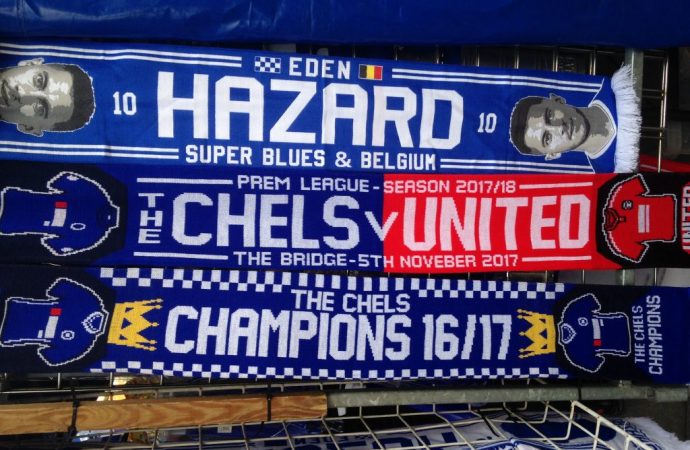 Welcome back, N'Golo Kante! To say you've been missed is an understatement. It's been a bleak, listless, rudderless October... but thank goodness you're fit and well again. That was the gist of the conversation on the way back to Fulham Broadway after the Blues' 1-0 victory over Manchester United; a surprisingly open and oddly one-sided

Welcome back, N’Golo Kante! To say you’ve been missed is an understatement. It’s been a bleak, listless, rudderless October… but thank goodness you’re fit and well again.
That was the gist of the conversation on the way back to Fulham Broadway after the Blues’ 1-0 victory over Manchester United; a surprisingly open and oddly one-sided affair, considering Chelsea’s dire display in Rome five days earlier.
The old midfield link-up play was back, with Kante at the heart of it. The next step will be to recreate the title-winning Leicester City midfield of Kante and Danny Drinkwater, when both are fully match-fit once more.
For the first time in living memory, an international break is actually welcome.
Chelsea’s next match is away to West Brom on November 18, so Tony Conte – a huge grin on his face at the end of Sunday afternoon’s win – will be regrouping, assessing and taking the chance to step off the treadmill for a while, to think clearly about future tactics.
Jose Mourinho’s return to Stamford Bridge on fireworks night was, from his point of view, a bit of a damp squib.
United never really got going – well, not until the aerial threat of Marouane Fellaini was introduced after an hour.
Even then, Chelsea bossed the game, and should really have won by two or three goals.
With Tiemoue Bakayoko in hyperactive mode, and Eden Hazard simply superb, it wasn’t until the 55th minute that the Blues edged ahead. Cesar Azpilicueta provided the perfect forward pass, and Alvaro Morata rose to head home, with David de Gea rooted to the spot.
Morata’s heading skills weren’t trumpeted ahead of his move to Chelsea – but they’ve become one of the most effective weapons in the armoury.
Andreas Christensen had an excellent game in central defence, in place of David Luiz, while the team as a whole were energised by little Kante’s overdue return.
“This type of win is important for our confidence,” said Conte after a game when the frosty relationship between the managers was underlined by the most perfunctory handshake before the match, and the complete absence of one afterwards.
But it is Conte who can now grin his way through this international break.