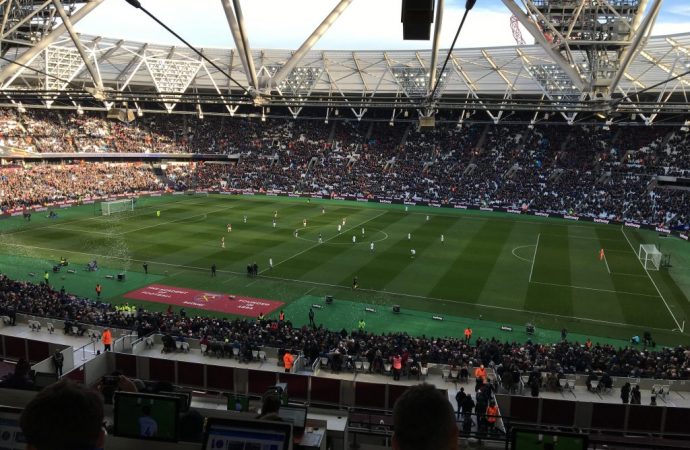 In one of the season's most masterful displays of running down the clock, West Ham managed to cling on to a sixth-minute goal advantage for a whopping 91 minutes of normal and extra time to win three crucial points and effectively end any lingering hopes that Chelsea had of retaining the title. David Moyes' Hammers,

In one of the season’s most masterful displays of running down the clock, West Ham managed to cling on to a sixth-minute goal advantage for a whopping 91 minutes of normal and extra time to win three crucial points and effectively end any lingering hopes that Chelsea had of retaining the title.

David Moyes’ Hammers, desperate for survival points, used every trick in the book to deny a lethargic Chelsea anything from the game. And, to be fair, the Blues deserved nowt.

Early kick-offs simply do not suit Chelsea. They fell behind against Newcastle during last weekend’s lunchtime fixture, and they did the same against the Irons – sleepily allowing Marko Arnautovic to waltz through the defence and send a left-foot shot curling past the dive of Thibaut Courtois.

No problem. With virtually 40 minutes of the first half still to play, the Blues would surely wear out the scurrying Hammers and equalise, then majestically overwhelm the hosts during a second-half blitz of superior passing, possession and shooting.

Instead, Chelsea turned in an underwhelming display of passionless drudgery for the remainder of the match, and clockwatching West Ham fans gleefully enjoyed the minutes on the electronic scoreboard ticking away.

A brief Blues revival in the second half, when Tony Conte took off Marcos Alonso and Davide Zappacosta, replaced them with Victor Moses and Willian and shifted from 3-5-2 to 3-4-3, only gave false hope for the travelling fans who – certain of the result before the five minutes of timewasting punishment was added by ref Anthony Taylor – had already begun straggling back to Stratford tube.

Chelsea have to realise that they cannot afford the luxury of growing into a game at a relaxed pace, and skipping the first quarter of an hour in a hypnotic doze.

Even when four Hammers – Adrian, Winston Reid, Aaron Cresswell and Pedro Obiang – were booked for timewasting in a bizarre 10-minute spell during the second half, the Blues failed to make possession pay, and scarcely troubled the West Ham defence.

Chelsea have lost momentum, lost credibility and somehow lost energy. A collective dip in fitness coupled with an apparent indifference to compete, toe-to-toe, with London rivals means they can forget about challenging either of the Mancs… and could struggle for a top-four place in the table.

On Saturday December 23 the Blues travel to Goodison Park for another lunchtime kick-off. Why doesn’t Conte save petrol, give everyone a day off, and simply post the three points to Everton in a glittery Christmas card?