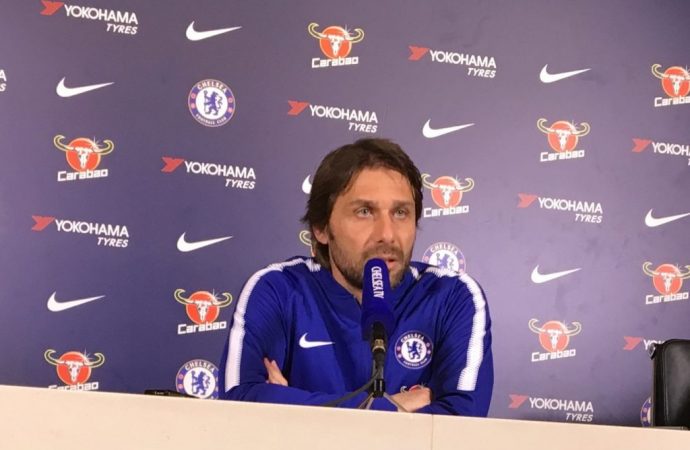 Am-pa-du-du-du, push pineapple, shake the tree... The 17-year-old wunderkid - and he's only just turned 17 - is a key part of Tony Conte's vision for Chelsea's future... although the Blues manager has a word of warning for the youngster who played in the David Luiz/Andreas Christensen central defensive slot in the 2-1 League Cup victory

The 17-year-old wunderkid – and he’s only just turned 17 – is a key part of Tony Conte’s vision for Chelsea’s future… although the Blues manager has a word of warning for the youngster who played in the David Luiz/Andreas Christensen central defensive slot in the 2-1 League Cup victory against Bournemouth on Wednesday night.

Speaking at the pre-Everton press conference at the Cobham training ground, Conte reiterated his satisfaction with the way Ethan Ampadu had coped in midweek, and confirmed: “He’s part of the squad.”

Ampadu has already featured against Everton this season, in the 2-1 Carabao Cup victory at the Bridge in October, and seems set to play a part in the Saturday early kick-off at Goodison Park, against Conte’s pal Sam Allardyce.

“He played against Everton as a midfielder, and he played a part against Huddersfield and against Bournemouth in what was an important match for us,” said Conte. “This player is very humble, despite being only 17. He keeps his feet on the ground.

“I’m sure he won’t lose his head; he has great calm, great composure.”

But Conte also had advice for Ampadu; players whose careers begin at a very young age often find their footballing days end sooner than those who start late.

Everton will be hard to beat, the manager warned, pointing to the team’s four-wins-out-of-five form. “They are in a good moment of form, so we must pay great attention,” he said, mindful of Chelsea’s recent chequered record during early kick-offs.