It was men against boys 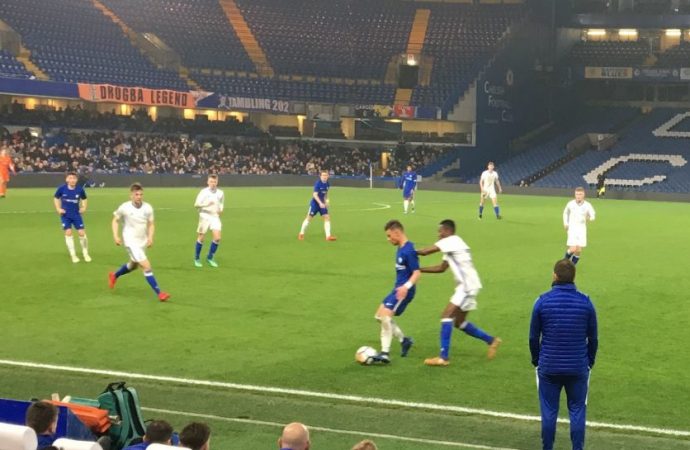 Yet again, Chelsea have produced a superb crop of U18s who have breezed through to the final of the FA Youth Cup. The Blues have won five of the last six finals, with Tuesday night’s 4-0 drubbing of Birmingham City (a 7-0 aggregate win) the perfect way to reach the seventh Youth Cup final on

Yet again, Chelsea have produced a superb crop of U18s who have breezed through to the final of the FA Youth Cup.

The Blues have won five of the last six finals, with Tuesday night’s 4-0 drubbing of Birmingham City (a 7-0 aggregate win) the perfect way to reach the seventh Youth Cup final on the trot.

The mystery remains, what happens to these gifted young men in the subsequent years?

OK, Callum Hudson-Odoi has been given a couple of cameo roles this season, at the tail end of matches. But when other clubs would be enthusiastically developing their youth into superstars, Chelsea just seem to let them drift and disappear.

Tuesday night’s game, under the lights, was a doddle. It was men against boys from the first whistle to the last.

Bringing a 3-0 advantage from the away leg into the match certainly helped, but the possession figures overall must have been nudging 80:20 in Chelsea’s favour, so comprehensive a victory was this.

Hudson-Odoi wasn’t the only Blues player on the pitch attracting interest from a knot of whiskery old scouts bedded down in the Stamford Bridge press box for the evening.

The diminutive right back has such blistering pace that he could, and perhaps will, be steered further upfield in the future – perhaps as a midfielder/forward in the mould of Rahim Sterling. Lamptey is tiny, but so gifted, that others are likely to come calling if the Blues don’t encourage him in the coming months.

And Hudson-Odoi is a surely a whisker away from big things in the grown-ups’ team.

Chelsea’s free-passing youngsters, drilled and patiently steered by manager Jody Morris, made their overwhelming advantage tell in the 31st minute, when a sweet free kick from Hudson-Odoi sailed past Adam Siviter in the Birmingham City goal for 1-0.

Eight minutes later, Charlie Brown, the centre forward, made it 2-0, weaving through the defence after being put in by Tino Anjorin and slotting the ball, left-foot, into the corner of the net.

Four minutes from the break it was 3-0, with Hudson-Odoi dancing across the edge of the box to fire home a beauty.

The Blues’ No11 then turned provider in the second half, teeing up Uwakwe to rifle in a richly deserved goal – Chelsea’s fourth on the night, and seventh over the two legs.

It is the first time since the Blues won the FA Youth Cup in 1961 that they have swanned through six qualifying games to the final without conceding a single goal, and it’s a real measure of the maturity and ability of this exciting squad.

Featured: Jody Morris watches George McEachran on the ball in the 4-0 win over Birmingham in the FA Youth Cup semi-final second leg at the Bridge