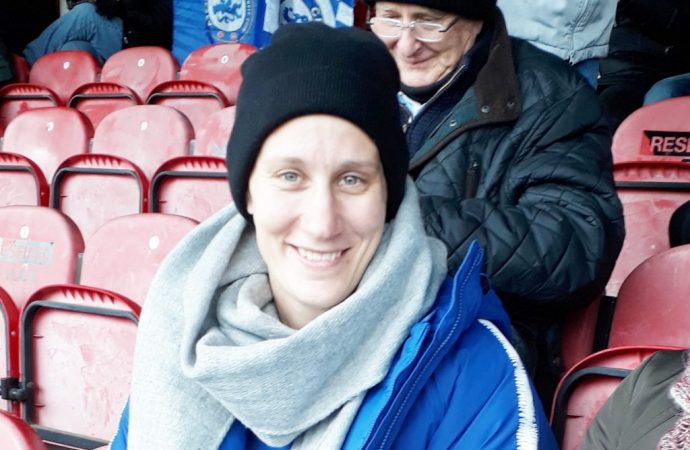 Chelsea Women's signing of another goalie - the fourth in the squad - is, at first glance, a conundrum. Everyone knows that manager Emma Hayes sets great store by her defence, and takes a ferocious pride in keeping clean sheets, but even she puffed out her cheeks and admitted the latest recruit's signing looks "crazy"

Chelsea Women’s signing of another goalie – the fourth in the squad – is, at first glance, a conundrum.

Everyone knows that manager Emma Hayes sets great store by her defence, and takes a ferocious pride in keeping clean sheets, but even she puffed out her cheeks and admitted the latest recruit’s signing looks “crazy” on the face of it.

As well as 35-year-old netminder Hedvig Lindahl – the most-capped player in Swedish footballing history, and England keeper Carly Telford (much-admired by national team gaffer Phil Neville), there’s 24-year-old Lizzie Durack, who has still to make a start for the Blues.

Now we can add to the mix Ann-Katrin Berger, the 28-year-old German keeper, who has signed a contract with Chelsea until May 2022 after spending two and a half years at Birmingham City.

And, of course, that means the Blues’ next opponents are… Birmingham, at Kingsmeadow on Sunday January 27.

“Chelsea feel like the right choice,” said Ann-Katrin after signing.

But what’s going on at Chelsea with this passion for keepers, and how do you keep four happy?

“We’re planning for the future – that was part of the consideration in the decision,” explained Hayes. “It wasn’t just about the remainder of this season… it’s beyond this season, and I don’t control when players’ contracts come out.

“In an ideal world this would have been done in June, but I never had that option so I had to do it now, knowing one of our [goalkeepers] will be leaving at the end of the season. Of course it seems crazy for those not in the know, but I had to do the signing now as the player was out of contract in December.”

So which keeper is leaving? The presumption is that Lindahl may be thinking of calling it a day in May, but the club won’t confirm a name yet.

“No one’s going out,” said Hayes, asked if anyone would be leaving in the January window. “Only Jade [Bailey] has gone out on loan [to Reading, having signed a fresh one-year deal with Chelsea].”

Hayes believes that for two seasons Berger has been “the best goalkeeper in the league”, with her international experience in Germany and France (she also played for PSG) adding another dimension to Chelsea’s defence.

The big question is: Will Berger get her first go between the sticks against her old club?