No whitewash, no blue rinse 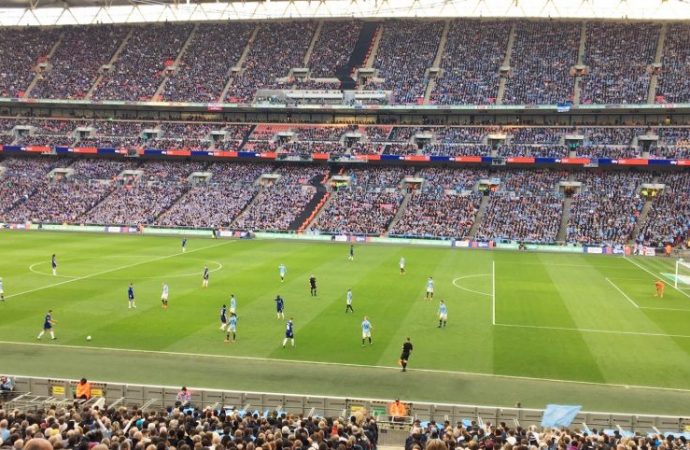 With everyone confidently predicting a one-sided whitewash – or possibly a blue rinse – from Manchester City against the Chelsea team they had thrashed 6-0 just a fortnight ago, this Carabao Cup Final was a surprise. A largely dull surprise, but still a surprise. That Chelsea held on for the whole of normal time and

With everyone confidently predicting a one-sided whitewash – or possibly a blue rinse – from Manchester City against the Chelsea team they had thrashed 6-0 just a fortnight ago, this Carabao Cup Final was a surprise.

A largely dull surprise, but still a surprise. That Chelsea held on for the whole of normal time and extra time, and had chances to snatch victory on the break, was itself remarkable.

Yes, in the end Manchester City won the League Cup on penalties, but few thought it would boil down to that uncertain lottery.

And, anyway, it was a war of wills between dead-man-walking manager Morrie Sarri and goalie Kepa which proved the most diverting spectacle of a most curious cup final.

In the dying seconds of extra time, and having fallen to the ground twice with cramp, Kepa flatly refused to be substituted with two minutes remaining before the inevitable shoot-out.

The fourth official waggled his board, clearly stating that No1, Kepa, was to be replaced by No13, Willy Caballero. It was to have been Chelsea’s fourth substitution – a fourth being permitted in extra time.

But Kepa refused to leave his goal, waggling his hands at Sarri and everyone else. Ref Jon Moss looked on with bemusement as Sarri flew into a touchline rage, hurling a drink bottle down, then storming off to the dressing rooms, down the tunnel, before returning to the dugout, still shouting in fury.

If ever a man needed a momentary lifting of Wembley Stadium’s smoking ban, it was the arch puffer Sarri.

The sympathy went out to Caballero – ex-City and a penalty specialist poised to face his old team and armed with more inside knowledge than most – who was stripped off, warmed-up and ready to rock.

The stand-off continued as extra time ended, and Tony Rudiger had to act as the human shield to keep the netminder and manager separated during the brief pre-penalty planning huddle.

Raheem Sterling netted the winning spot kick after Jorginho and David Luiz had missed for Chelsea; Luiz hitting the post, while Ederson easily saved from Jorginho. Kepa blocked Leroy Sane’s kick with a superb flying save.

What the fallout from this bizarre tussle is likely to be, no one is sure.

Chelsea play Spurs at the Bridge on Wednesday night, with Sarri still likely to be the gaffer then. But only just. A serious drubbing by City at Wembley in the League Cup Final would probably have been too painful for the board to endure, but the Blues’ determined defensive display, smothering City’s attacking instincts, turned out to be so far from pre-match predictions that he may have bought more time.

This was anything but a classic. After a non-eventful first half, Chelsea gradually created a handful of half-chances and could have nicked the cup on the break, N’Golo Kante having a superb match, and every other player in royal blue having decent games too.

The ball did fly into the net, in the 56th minute, but VAR confirmed that Sergio Aguero was offside by the tightest of margins. Otherwise, Aguero’s threat was nullified effectively, if not prettily.

Having just had the craziest stand-off with your own manager about being substituted, Kepa was arguably not in the best mindset to face Manchester City’s penalty takers. And so it proved. City won, retaining the League Cup, but it was not a whitewash, not a crushing defeat… nothing of the sort, in fact.

Chelsea FC are in turmoil. But then again, they usually are. Watching the Blues is never dull. Ever.