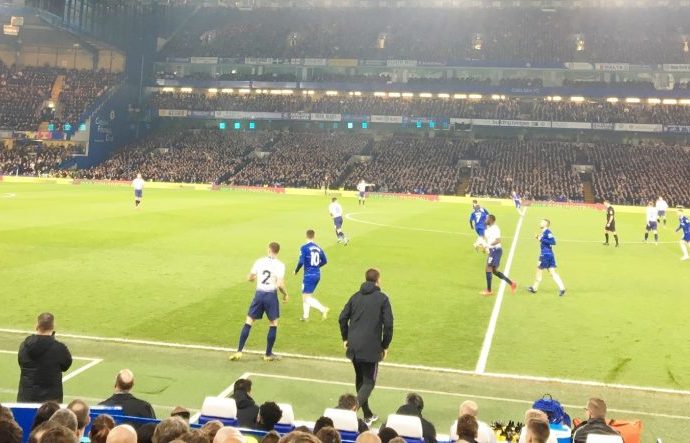 What a difference three days make. The defeat in the League Cup final to Manchester City was overshadowed by insurrection as goalie Kepa refused to obey Morrie Sarri’s order to leave the pitch. But Wednesday night’s 2-0 victory over arch-rivals Spurs proved that the Blues can, when required, play together as a unit. Much more

What a difference three days make. The defeat in the League Cup final to Manchester City was overshadowed by insurrection as goalie Kepa refused to obey Morrie Sarri’s order to leave the pitch.

But Wednesday night’s 2-0 victory over arch-rivals Spurs proved that the Blues can, when required, play together as a unit. Much more of this and the board will have to extend Sarri’s contract, never mind dispense with his services.

Dropping Kepa to the bench in a public display of authority was key. By putting Willy Caballero between the sticks (Rob Green, still alive, helped in the warm-up) and allowing a few boos to ring out when the subs’ list was read out in the stadium, the point was made.

Chelsea responded to the criticism of recent days by producing the most whole-hearted, committed and energised display of 2019, a magnificent effort against a Tottenham side boasting danger in every position. Except, perhaps, in defence.

Up front, Harry Kane, Christian Eriksen, Erik Lamela and Son Heung-Min, all sprinting marauders. Yet Chelsea’s defence, marshalled as usual by captain Cesar Azpilicueta, were quick, slick and polished from start to finish.

The Blues’ attacks were suddenly direct, rather than sideways. There was real purpose to moves, not endless efforts to bore/wear down/stupify opponents.

Although it was 0-0 at half-time, it was one of the best halves of football witnessed at the Bridge for months; a glorious, free-flowing display.

The Blues finally went ahead in the 57th minute as man-of-the-match Pedro, fed by Azpilicueta, pushed forward, jinked inside Toby Alderweireld and nutmegged Lloris to deafening cheers.

When, moments later, Hazard was taken off to be replaced by Willian, the Tottenham faithful at the Shed end began one of those slow-build-up Woooooooooooooooooo noises usually reserved for dodgy keepers, to make the point that Chelsea substitutions are anything but simple.

William picked up where Hazard, and the energetic Mateo Kovacic, had left off. Emulating the buzzing N’Golo Kante, he chased down every ball.

Pedro cemented his title of most valuable player shortly after the hour mark with an inspired interception in the Chelsea box – one that would have produced a penalty had it gone wrong – to thwart a frustrated Kane.

Then came a moment of high farce, caused by Willian’s harrying. As Kieran Trippier got into a tangle with Lloris over a back pass, under pressure from the Chelsea No22, and sent the ball into his own net, to disbelieved jeers all round the Bridge.

It’s happened again, it’s happened again, chanted the crowd… but there were only empty seats to be seen at the Spurs end by the final whistle and a rousing chorus of One Step Beyond before a contented crowd went home, Sarri was able to stride into the post-match conference with purpose and confidence, and everyone could look forward to the weekend’s west London derby at the Cottage instead of focusing on dissent and division.

The only question: if Caballero managed to keep a clean sheet against Tottenham – and it’s only the second time that Spurs have failed to score in a league game this season – why not keep him between the sticks for a bit longer?