Now we all believe 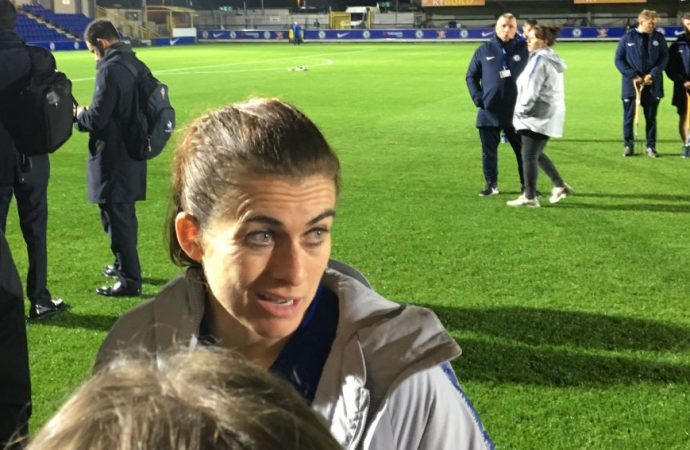 Chelsea captain Karen Carney helped inspire England to a 3-0 thumping of highly fancied Japan in the SheBelieves Cup in Florida, to lift the trophy and put the world on alert ahead of France this summer. The Lionesses go into the Women’s World Cup with renewed vigour and confidence as Phil Neville’s squad played out

Chelsea captain Karen Carney helped inspire England to a 3-0 thumping of highly fancied Japan in the SheBelieves Cup in Florida, to lift the trophy and put the world on alert ahead of France this summer.

The Lionesses go into the Women’s World Cup with renewed vigour and confidence as Phil Neville’s squad played out of their skins – especially in front of goal – with one of the best goals-to-shots ratios of recent international football as three out of four on-target shots hit the back of the net.

Meanwhile, at the other end, Blues keeper Carly Telford kept a clean sheet – including deflecting one firmly struck second-half shot over the bar – as Japan turned on the style after, for them, a very poor opening 45 minutes in a chilly Tampa stadium where a disappointingly low 8,580-strong crowd turned up to watch.

You could have expected five times that had the game been taking place in England, such is the growing support base for women’s football at home.

This victory will have helped boost the sport further in the UK as the summer World Cup in France looms… with another England v Japan match in prospect.

England, who had already beaten Brazil and drawn with the hosts from the States in probably the most keenly fought match of the tournament, lifted the SheBelieves Cup for the first time after Jodie Taylor set up Lucy Staniforth for an early lead with a well-struck shot on the move from outside the area before Carney rose, unmarked, to meet a lofted cross from Taylor to make it 2-0.

Arsenal’s Beth Mead added a third before the break to ensure the final game – a 1-0 win for the States against Brazil – was effectively a meaningless conclusion to a round-robin competition in which England couldn’t be caught.

England, ranked fourth in the world, gained sweet revenge against Japan, who had knocked them out in the semis of the 2015 World Cup.

Only Rikako Kobayashi’s addition to Japan’s ranks after the interval led to any serious questions being asked of the Lionesses, with Telford finally forced into serious action to tip her half-volley over the bar.

Fran Kirby also had a run-out as a second-half sub in the match.

Describing his team’s performance as “sensational”, a delighted Neville added that his sole goal had been to see a collective improvement in play, “knowing we are definitely [moving] in the right direction”. What he got was that… plus the trophy.

“We remain humble, have fun and enjoy moments like this,” he added. “You don’t get many chances to get your hands on a trophy. It is my first as a manager so I am just going to enjoy it. It’s great for everybody but I think we have bigger things to aim for. We will enjoy it but tomorrow we will look forward to the April camp.”