Erin’s the one to fear 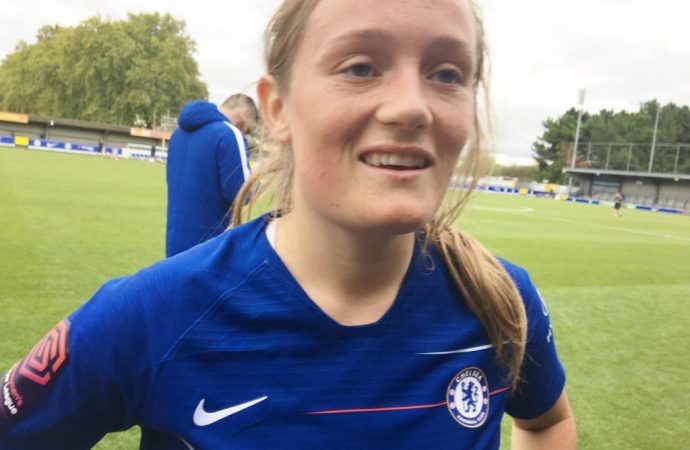 She’s growing up quickly. A few days after the Women’s World Cup in France ends, Erin Cuthbert gets the key of the door. The mighty atom of Chelsea Women’s attacking line turns 21 next month… and she’s the threat that the Lionesses fear as kick-off approaches in the England v Scotland game at 5pm London

She’s growing up quickly. A few days after the Women’s World Cup in France ends, Erin Cuthbert gets the key of the door.

The mighty atom of Chelsea Women’s attacking line turns 21 next month… and she’s the threat that the Lionesses fear as kick-off approaches in the England v Scotland game at 5pm London time on Sunday.

All eyes will be on the girl who represented Scotland at U15 level at Rangers, before going on to become one of the pivotal figures in the Chelsea Women side, and – rightly – winning the club’s Player of the Year title for 2018-19.

She received her award at an end-of-season bash in London after a season which saw her score in every round of the club’s progression to the semi-finals of the Champions League, just falling at the last hurdle against Lyon, despite almost edging it home and away against the serial European champions.

“I’m shocked beyond words to be honest,” said Cuthbert when told she’d won the prize… following on from past winners Eni Aluko, Katie Chapman, Kaz Carney and Fran Kirby. “It’s a great feeling for me, but it wouldn’t be possible without the amazing backroom staff behind me. I’ve got amazing team-mates and staff. I am so blessed to be at this football club.”

Cuthbert was distraught after Chelsea Women narrowly lost to Lyon, and was sobbing with emotion pitchside as she summed up her thoughts. “We should be proud of ourselves today, you know. We’ve got a record crowd. Sometimes it’s just not meant to be,” she said.

“When you work so, so hard all season. We’re out of the FA Cup, we’re out of the league – we knew the league was almost gone by October – and we really tried to focus on the Champions League, and it shows the fact that we can go toe-to-toe with a club like Lyon, the five-time champions. We’ve matched them. I’m still happy.”

Ever the optimist, Cuthbert was able to take one positive from the fact that Chelsea will not be competing in the Women’s Champions League next season, after a still mystifying string of draws (including 0-0 draws) left them too much ground to make up on Man City and eventual league champions Arsenal.

“It gives us great confidence for next year,” she said. “Obviously we won’t be competing in the Champions League, and we know how hard it is to compete in all four competitions. I think that Arsenal and Man City might find it difficult, so we have to use that to our advantage in the league next year.”

It’s a measure of Cuthbert’s honest endeavour and attitude that she wouldn’t be drawn into any sour-grapes analysis of one of the pivotal moments of the second leg of the Champions League semi at Kingsmeadow, watched by a record crowd for women’s matches at the stadium, and pictured below.

Asked whether Lyon’s Delphine Cascarino should have been shown a red card when Cuthbert was brought down after half an hour, resulting in a free kick which led to Ji So-Yun’s equaliser, she said: “I tried to stay on my feet; it’s not my decision [whether it should be a red card], but in my opinion it’s a goal-scoring opportunity.

“The fans always sing ‘Ji So-Yun, she’s unbelievable’, and she was in this game – she scored a great goal to keep us in the game.”

So how does Chelsea Women manager Emma Hayes sum up the character of the player attacking England’s defence – including Millie Bright, her team-mate at Chelsea – this weekend?

“Erin Cuthbert? My goodness, what a player, what a person!” said Hayes. “She’s a fantastic person who gives her all day in, day out. She’s growing in stature every day.

“She’s great on the training pitch and she’s a great tactical player who can play in multiple positions. She will never give up. She’s Scotland’s best player by a country mile for me.

“She’s got a bright future ahead of her as long as she keeps doing all the things that have got her to this point.”

Cuthbert signed for the Blues from Glasgow City in 2016, and still has to pinch herself about how her career has flourished. “Sometimes I do sit back and think “Wow, how has this happened?” because some of the things I’m experiencing [at Kingsmeadow] are bonkers.

“I was named in the PFA team of the year, and scored in a Champions League semi-final, and I’ve got the World Cup.

“Two and a half years ago I was studying at the University of the West of Scotland, and playing part-time for Glasgow City. I was miles away from where I am now, both in terms of location and what I’m like as a player and a person.”

Irvine-born Cuthbert, who dressed up as Braveheart to celebrate Blues defender David Luiz’s 32nd birthday at a Stamford Bridge fancy dress bash, believes she can learn – and draw support – from everybody… including Luiz.

“David is a really good guy. I’ve spoken to him a few times and he messages me on Instagram when I score or whatever,” she said, adding that she had been delighted when (with a beany hat pulled down over his hair in semi-disguise) he popped up in the Kingsmeadow VIP seating area to cheer on Chelsea Women.

“He watched the first leg of our Champions League quarter-final against PSG, and gave me some tips about what it is defenders don’t like coming up against,” laughed Cuthbert.

Despite her meteoric rise in women’s football, Cuthbert had her share of challenges at the start of her Blues career.

“I was 18 and a half, and was living in a house with three of the other girls,” she said of her early days at Chelsea. “Ji, from Korea, was one, and the other two lived in England, so quite often they went home.

“It meant that quite often I felt a bit alone, shut away in my room wondering what to do. I couldn’t restart my business degree with the Open University until the October, so I had 10 months of watching Netflix! It’s what I suppose a gap year must be like!”

Now she has her own flat, in Weybridge, although she regularly links up with a crowd of the Chelsea Women stars who live in Surbiton. The kettle is almost always hot, as she’s one of the world’s biggest tea drinkers!

“That’s made a huge difference. [Weybridge] is near the training ground, and you can go home and close the door behind you and don’t have that awkwardness of asking your flat-mates if they mind your dad coming to stay!

“You don’t realise how intense it is, working and living with the same people, either, so I’m probably more sociable now, too. London feels a long, long way from Ayrshire sometimes, and in loads of different ways.”

The Lionesses will be hoping Cuthbert doesn’t have one of her better days on Sunday… but they fear she’ll make an impact on this crucial match in Nice. The match is live on BBC One. 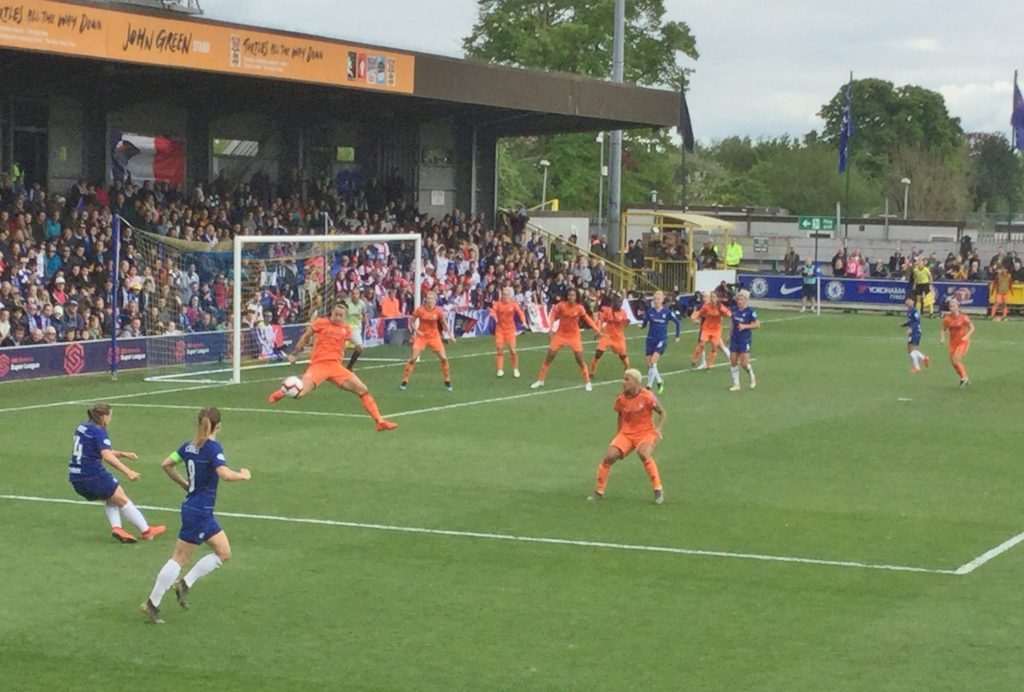