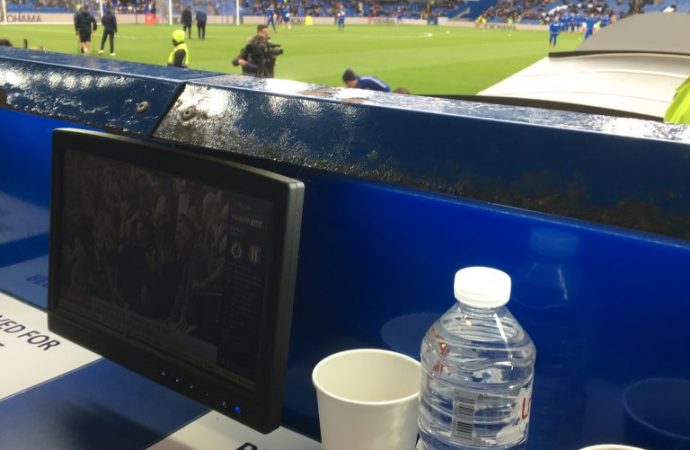 Frank Lampard is back in the dug-out at Stamford Bridge – one of the Blues’ favourite sons, returning as manager in what amounts to something of a gamble for Chelsea. Having only relatively recently attained his training badges, and with experience limited to managing Derby County last season (a stint that impressed many within the

Frank Lampard is back in the dug-out at Stamford Bridge – one of the Blues’ favourite sons, returning as manager in what amounts to something of a gamble for Chelsea.

Having only relatively recently attained his training badges, and with experience limited to managing Derby County last season (a stint that impressed many within the game), he acknowledges that being pitched into running a top-five Premier League clubs is “the biggest challenge of my career”.

It’s hardly been a secret for the past few weeks, but from the moment Morrie Sarri’s never-wholly-acclaimed spell as gaffer ended last month with his return to Italy, Lampard was in the frame as a possible successor.

The major plus, as the club begins pre-season training with some friendlies in Ireland, is that Chelsea have not made a late, last-minute appointment this time around.

Lampard knows the squad – especially the youngsters – and with Jody Morris (also experienced as a youth coach at Chelsea) alongside him, there’s a fighting chance Chelsea will come out of the blocks flying.

The 41-year-old ex-England midfielder spent 13 years as a player at the club, where his name is still chanted during matches… often in connection with notching 200 goals for the Blues against the team where it all began, West Ham.

Lampard was in charge of Championship side Derby – his first job in management – for 14 months.

“I am not naive. I understand fans want success,” he said at a formal unveiling in the Drake Suite at Stamford Bridge shortly after lunchtime on Thursday. “I don’t see this as a risk. I am not fearful of the downsides.”

When asked if taking charge at Stamford Bridge, where he remains the club’s all-time leading goalscorer – partly through his fearless penalty-taking down the years – will be the biggest challenge he has faced, Lampard replied: “Yes.”

But this level-headed, unflappable former player knows how to keep things in perspective. He recalled how, arriving at the Bridge 19 years ago, his signing as a player had been questioned by some… particularly in the light of the pricetag of £11million! Today, that seems like small change.

He over-achieved at Derby, taking them to the play-offs and narrowly avoiding a promotion which would have given him a much harder decision to make had he succeeded in reaching the Premier League by that route.

Lamps stressed that he wasn’t assembling ‘an old boys’ club’ around him, despite the appointments of Morris as assistant, ex-Blues coach Chris Jones, former Chelsea midfielder Eddie Newton and under-23s coach Joe Edwards to his backroom staff.

Former goalkeeper Petr Cech, who played for Chelsea between 2004 and 2015, returned in June as technical adviser, while ex-team-mates Didier Drogba and Claude Makelele have also been linked with returns.

“It’s a very Chelsea-orientated team but what I want to make clear is this is not an old boys’ club,” said Lampard.

And the risk of a big club like Chelsea appointing someone with limited managerial experience? “I know it is an obvious question and I understand it. What I do believe is that I played under a lot of fantastic managers and learned a lot, and I think that stands me in good stead.

“I learned a lot at Derby and I know this club and how it works – but I have to prove that.”

Still, at least Chelsea start with an easy fixture… away to Man U on Sunday August 11!