What is the REAL legacy? 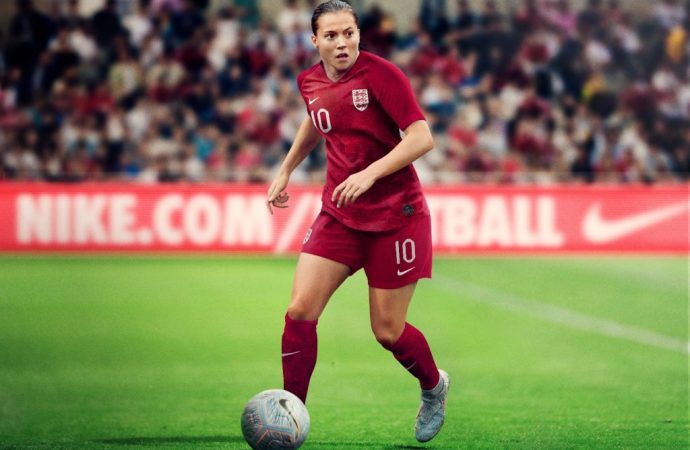 What is the ‘legacy’ of the 2019 FIFA Women’s World Cup – or ‘the World Cup’ as it’s now talked of in a way unimaginable just months ago? The word is bandied around a lot, with much gushing talk about girls everywhere being inspired by the Lionesses’ ultimately unsuccessful campaign. But is it true? The

What is the ‘legacy’ of the 2019 FIFA Women’s World Cup – or ‘the World Cup’ as it’s now talked of in a way unimaginable just months ago?

The word is bandied around a lot, with much gushing talk about girls everywhere being inspired by the Lionesses’ ultimately unsuccessful campaign. But is it true?

The answer is, probably. Previous generations of Lionesses, including Alex Scott, whose insight and enthusiasm on BBC broadcasts of matches has been top-quality, didn’t have their own role models to look up… and the fact that Fran Kirby (above), Lucy Bronze, Steph Houghton, Millie Bright, Nikita Parris and Ellen White are now household names means that the youngsters of today have trailblazers to draw inspiration from.

That can’t be underestimated. Not that long ago, the FA – which now delights in telling anyone who’ll listen that it’s 100% behind the women’s game and doing all it can to support girls taking up the sport – was actively discouraging girls from playing by banning young mixed sides and putting its huge resources into supporting boys’ football.

So who emerged as the heroes and heroines of the Women’s World Cup? Well, you’d have to say the BBC has been pivotal in popularising and promoting the sport. The fact that it was featured so fully on free-to-view telly (unlike if, say, Sky or BT had covered the tournament) meant it was accessible to all. The games were on at UK-friendly times, allowing youngsters to catch them without having to negotiate later bedtimes, and the competition became the first in history where social media coverage was every bit as important and significant as TV.

Phil Neville had a good World Cup. The Lionesses respect and, indeed, love him and his bubbly, infectious enthusiasm. But he didn’t have a brilliant World Cup. The final outcome – fourth place after failing to master Sweden in the bronze medal play-off – could have been averted, even if both teams were dead on their feet, and now richly deserve some overdue holiday and recharge time.

He insisted the Lionesses continued to play out from the back, with Chelsea keeper Carly Telford under strict instruction to roll the ball to the nearest free defender rather than welly it upfield.

Such dogmatic prescriptive rules do not permit scope for lightning-fast opportunistic attacks, releasing a lone striker to surprise and bamboozle opponents with breakaway moves.

As a result, until a change was instigated after half an hour (by which time the Lionesses were two-down), England were unable to get any balls up to the front players, who waited aimlessly as their side went behind.

The momentum was finally wrestled back, but it was too late, and the all-too-familiar sight of VAR ruling out what would ordinarily have stood as an equaliser once again thwarted England.

The simple fact is, England are good, but not good enough. The skill levels are there in pockets and for short spells, but the off-the-ball positioning, the 100% concentration and the sheer ball control on display in, particularly, the USA side are still missing.

It will get better. By 2023 everything should be in place to properly rival the Stars & Stripes, and Neville is undoubtedly the man for the job. But he will need to clear out a few players and refresh the squad.

Fortunately the Women’s Super League at home is expanding all the time, and is now the place to come to watch World Cup stars on a week by week basis.

Chelsea’s match attendances at Kingsmeadow are set to rise and rise as the club is one of the most attractive to watch. Expect Man City, Arsenal and newly promoted Man U to also soar.

Chelsea have not only the passionate Kirby as a local star, but also Telford, Magda Eriksson from the Sweden team and a host of other Scandinavian imports.

Millie Bright will, sadly, remember the World Cup for that red card during the USA game – a sending-off which ultimately made little difference to the outcome of the semi-final.

“The dressing room was a quiet and lonely place after I was sent off, but my immediate feeling was anger,” she said afterwards. “Sitting there, watching the remainder of a dramatic game on a TV with one of our physios, I just kept replaying the moment over and over again in my head.

“For me, it was a harsh sending off and you start questioning everything that has happened and how it relates to other incidents. I can accept the second yellow card, but the first one was undeserved.”

The TV audiences for the World Cup were more than impressive, justifying the BBC’s faith in putting so much in the way of broadcast resources into it, with Dion Dublin and Gabby Logan also having an excellent tournament; Dublin striking just the right note in his analysis of the game, the model of an informed passionate, but honest, fan.

Previously, the record UK TV audience for women’s football was four million, but new records were set four times in France, culminating in a peak audience of 11.7 million for England v USA.

The Lionesses’ fourth-place finish means there will be a Great Britain football team at the 2020 Olympics, before Euro 2021 is staged in England.

The growth, worldwide, has been astonishing. In 2015, only 37 countries broadcast the Women’s World Cup. This time 62 countries covered it.

“This World Cup has felt different,” Blues boss Emma Hayes told 5 Live’s Football Daily podcast. “We’ve grown up in a country where women’s football has been kept to one side, and it hasn’t been a part of the masses and it hasn’t dominated numbers in terms of audience figures and press coverage. The interest now is above and beyond what we’ve ever seen.”

Maddeningly there is now a two-month wait until the start of the Women’s Super League season, by which time the men’s game will again be hogging the headlines.

But the move is definitely in the right direction. Several Chelsea Women players are now on six-figure salaries, and Barclays’ £10million sponsorship deal for what is now a fully professional league means parity will come closer with every passing month.

The FA has woken up to the value and appeal of friendlies, with a friendly game against Germany at Wembley in November having already sold more than 30,000 tickets.

In league football, the FA is aiming to achieve an average attendance of 2,020 fans in the WSL by 2021. Last year the top-flight average was 965, although Manchester City, Chelsea and Arsenal did a lot better.

The women’s game feels better. There isn’t the swearing and aggression, the players are not so aloof that they don’t come and chat to fans at the end, families make it a day out for all.

There’s even a suggestion that some of the opening Women’s Super League games on September 7 might be staged at Premier League grounds, the obvious candidate being the Manchester derby which could be moved 300 yards from the Academy stadium to the Etihad.

FA chief executive Martin Glenn thinks that, following the BBC’s coverage of the World Cup, the key is getting domestic women’s games on terrestrial TV. “What will make the WSL more attractive is getting more exposure in the millions, so being on terrestrial TV, making sure games are played in men’s stadiums and continuing to improve the quality of the football,” he said.

Emma Hayes agrees. She wants to see a regular weekly slot for women’s games on telly. “One area which would be great is getting all the results from men’s and women’s matches together on TV,” she says. “We want regular reportage, so that it’s not isolated in the corner but side by side with men’s football. If you look at what’s been achieved already, we wanted to get the England players as households names, and I think some of them will be.

“We smashed the viewing figures and level of interest, we have changed perceptions and we have qualified a team for the Olympics.

“Yes, a World Cup win would have quadrupled all that, but we walk away with something we could never have dreamed of. We have shifted the dial and we are not stopping. We have the best opportunity ever and we are going to keep on smashing it.”