Millie pulls out of squad 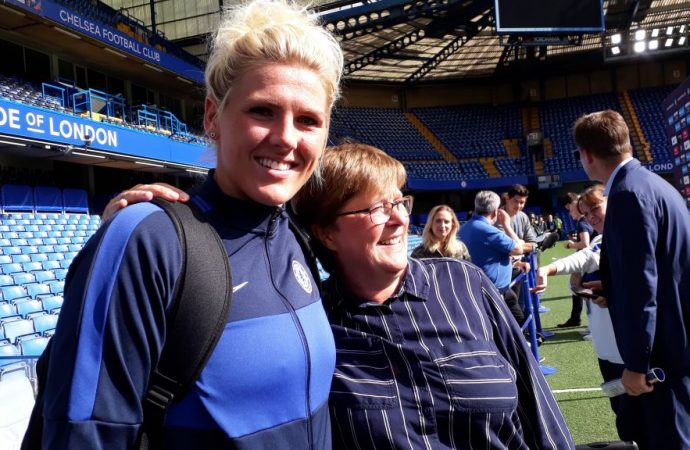 Millie Bright, Chelsea Women’s star defender, has pulled out of the Lionesses squad which is playing Brazil this weekend, because of injury. It is a huge disappointment to the centre back, but it gives her a longer recovery time ahead of Chelsea Women’s crunch clash with Arsenal at Kingsmeadow on October 13. Bright played the

Millie Bright, Chelsea Women’s star defender, has pulled out of the Lionesses squad which is playing Brazil this weekend, because of injury.

It is a huge disappointment to the centre back, but it gives her a longer recovery time ahead of Chelsea Women’s crunch clash with Arsenal at Kingsmeadow on October 13.

Bright played the full match for the Blues as they beat Bristol City 4-0 away last weekend, in front of nearly 1,000 fans.

The nature of Bright’s injury hasn’t been specified; there was simply a stark bulletin issued via the Press Association saying that both she and defender Demi Stokes had withdrawn from the England squad ahead of Saturday’s friendly against Brazil in Middlesbrough’s Riverside Stadium, for which 30,000 tickets have already been sold.

The Lionesses then travel to Lisbon to play Portugal on Tuesday… but Bright won’t be on the plane.

Bright is pictured above with one of Chelsea’s unsung heroines of the past, Marina Couch, who caught up with the defender on the side of the Stamford Bridge pitch after Chelsea’s WSL opening fixture against Spurs – a 1-0 win, thanks to an early England strike – on Sunday September 8.

“There are two different generations of [Chelsea Women] footballers here from the 1970s and 1990s,” Marina told The Good Life, before posing with Magda Eriksson, Blues manager Emma Hayes and Millie. “It is fabulous to meet up with them and come and see the game. It is just a fantastic experience; I don’t think anybody here wasn’t in awe.”

She explained to Millie how the Chelsea of old had been a totally different era to the present day, and that as recently as two decades ago, the players operated in a sporting world unrecognisable from today.

“I was captain from 1995 until 1998 – when we had to pay £15 for our shirts and we got the socks and the shorts free,” laughed Marina, with a slightly envious glance at the kit each player is handed in the modern age.

“We did have the U14s team for Chelsea that won everything in sight, but that was when I was in the first team,” she said.

Of the win against arch-rivals Tottenham, Marina – also pictured below – added: “The atmosphere was great. They are targeting the younger crowd now, these are children playing at school – we didn’t, it wasn’t the done thing.”

She said everything in the women’s game was different now including the fitness levels: “The women are awesome. It is totally different – they are professionals now.

“We did this after work, after school. We paid our subs, we trained as hard as we could on a Friday evening for two hours and then we played matches on a Sunday!”

Next up for Chelsea is the return to Kingsmeadow on Sunday Oct 13, at 3pm. Tickets are £9 for adults (an increase on last season) but just £1 for U20s and over 65s.