Move up a gear: Emma’s plea 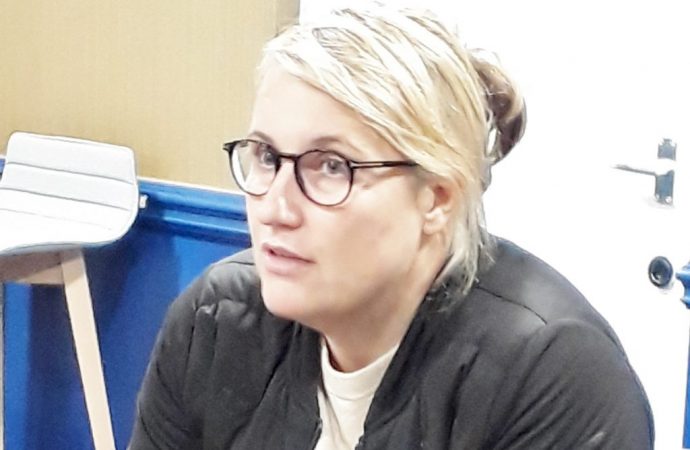 Ending Arsenal's unbeaten league run stretching back nearly 10 months was one of the most satisfying moments in Blues gaffer Emma Hayes' career to date, but she still feels her side have more to give. A strangely subdued first half against the Gunners at a boisterous Kingsmeadow, in which Chelsea fell behind to a Danni

Ending Arsenal’s unbeaten league run stretching back nearly 10 months was one of the most satisfying moments in Blues gaffer Emma Hayes’ career to date, but she still feels her side have more to give.

A strangely subdued first half against the Gunners at a boisterous Kingsmeadow, in which Chelsea fell behind to a Danni van de Donk shot that took a cruel deflection off defender Millie Bright’s thigh before beating Ann-Katrin Berger, was followed by a much tighter and more positive second 45.

Hayes made two inspired substitutions in Ramona Bachmann and Maria Thorisdottir, and they combined to conjure up a winner for the tall blonde Norwegian after the dependable Beth England had controlled a Fran Kirby cross and teed it up to volley home for an equaliser.

“The players who started the game took a while to get in the game, and they were too passive, we held back,” she told a scrum of journalists after Sunday afternoon’s victory, revealing that she had geed everyone up before kick-off with community singing in the dressing room from the new edition of the Chelsea Women Supporters Group songbook, distributed to fans on their way in to the ground.

“We had a great half-time collectively; we were calm, considered. I often ask them if we do one thing: ‘Are we all in on that?’ Because I hate a dressing room when they say afterwards we should have done this or that.

“I believe in a collective approach; I’ve learned a lot this weekend about the value of the ‘whole’. And when you’ve got a top group of players, picking 11 of them is really challenging because there’s world-class talent out on the bench.

“Everybody’s got to go up a notch. In the second half we were totally dominant and I’m so over the moon for Maria Thorisdottir and Ramona Bachmann. They deserved to be in the team, but so does everyone else. So when they trudged off from training extremely disappointed yesterday, I said to Paul Green [her managerial assistant] their training performances were outstanding.

“It’s not about not deserving, sometimes you just select team you think is going to win a game. It’s not about proving your manager wrong, I don’t believe that, it’s proving your team-mates right. In return, I have to make sure that I keep reminding them of their importance and value.”

She urged her players to remember that they have the skills to go up a gear to salvage losing positions, and she was well satisfied with the outcome of those urgings last weekend.