Adult education is axed in Surbiton 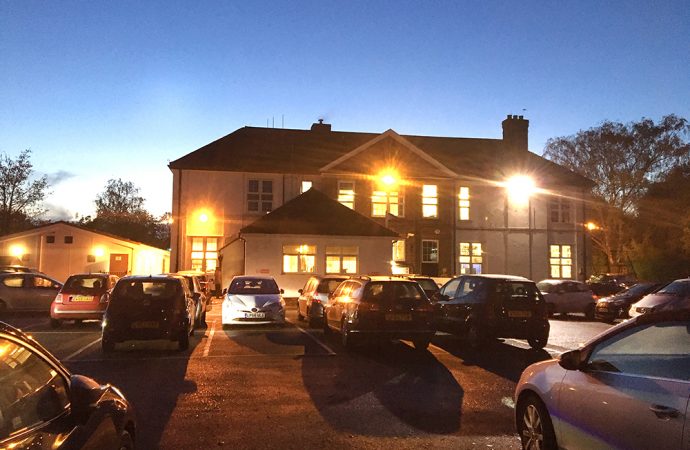 The King Charles Centre, hub of adult education in Surbiton, has been sold off for £3million to become a new free school. Courses will move to Kingston, upsetting many of the centre’s 3,000 users. “It’s terrible news,” one art student told The Good Life. “We love coming here.” Staff are putting a brave face on

The King Charles Centre, hub of adult education in Surbiton, has been sold off for £3million to become a new free school.

Courses will move to Kingston, upsetting many of the centre’s 3,000 users. “It’s terrible news,” one art student told The Good Life. “We love coming here.”

Staff are putting a brave face on it, but in eight months, all adult classes in the rabbit warren of the old Hollyfield School end.

Principal Sam Burgess said: “I love it here. This is a really lovely adult education community; it’s the people that make it.” She added that the service had survived past relocations, and said Kingston had better transport links than the King Charles/Hollyfield Road site. “It means more people will be able to access us,” she said.

Adult education finishes at King Charles in July after the council’s finance committee agreed to sell the acre of prime land to the Department for Education for just over £3m – well below the price a house-builder would have paid.

The £700,000 cost of upheaval to Guildhall 1, a block beside Kingston’s 1930s Guildhall, will have to come from the sale price. The council is braced for a dip in adult education take-up following the move, but hopes numbers will recover.

Gems Learning Trust, which has been searching for five years for a Surbiton academy site, will open a two-form-entry primary school on site in September 2021, demolishing existing buildings, which now need serious, overdue maintenance.

Most classes will move to the Guildhall complex, but arts and crafts will get a purpose-built home, including kilns for pottery firing, alongside Kingston Museum, where the children’s library once stood. Time is tight, but the council insisted: “Subject to formal planning permission it is anticipated that the arts and crafts units will be in place for September 2020 to provide continuity of service to learners.”

Arts and crafts are a big earner for the council, and are among courses most valued by students. Adult education makes a £300,000 annual profit… but less easily quantified are the skills gains, the reduction in social isolation and the well-being benefits.

A consultation of 62 learners revealed deep affection for the King Charles Centre, which costs £200,000 a year to run, with many students saying the social side of taking a course was as important as the learning. Also popular is the centre’s Balance community café, which trains people with learning disabilities. A similar café is planned for Guildhall 1.

The 70-year-old Avondale Gymnastics Club, next to the King Charles Centre, isn’t part of the sale.

Kingston Council has inserted a clause in its sell-off deal so that if in future the site is sold on, it has first dibs to buy it back at the original sale price.

Why ‘Hollyfield’? It was the name of the house on Surbiton Hill owned by Sir Frederick Butler, from the tobacco family (as in Lambert & Butler).

In May 1935, Surbiton Urban District Council bought the 12-acre Fishponds estate from Sir Fred, for £10,000, turning it into a public park. 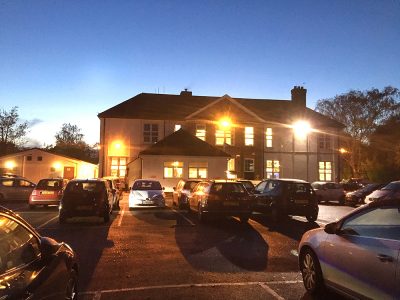 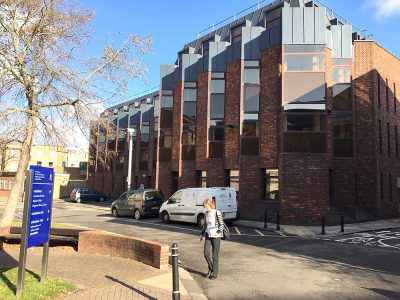 The Guildhall 1 building in Kingston