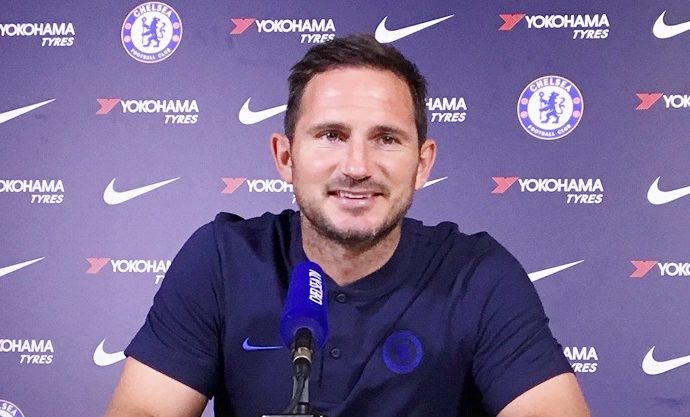 It’s the conundrum facing Chelsea manager Frank Lampard, and he knows it. When I asked him, at the most recent press conference at Cobham, for the answer to the ‘consistency’ mystery, he looked heavenwards and puffed his cheeks out. If he, or his deputy Jody Morris, knew the answer, they’d have surely done something about

It’s the conundrum facing Chelsea manager Frank Lampard, and he knows it.

When I asked him, at the most recent press conference at Cobham, for the answer to the ‘consistency’ mystery, he looked heavenwards and puffed his cheeks out.

If he, or his deputy Jody Morris, knew the answer, they’d have surely done something about it by now.

As it is, Chelsea travel to face Arsenal at the Emirates with the issue unresolved.

So what IS Frank’s take on becoming more balanced, more consistent, more dependable – especially at home – where everyone knows he has such an impressive pool of talented young footballers at his disposal?

He is loathe to kiss goodbye to his project of turning juniors and development players into first-team regulars, and he doesn’t want to go down the route of buying off-the-shelf talent just because the famous transfer ban has now been lifted.

But asked why Chelsea’s recent home form compares so badly with the team’s away form, Frank paused and said: “I wish I knew. That’s probably something that would be a test for all of us!

“I suppose we’re all human; that’s the start of it. And there are a lot of demands on teams and on individuals to keep reproducing high-level performances, and we can’t disrespect a Bournemouth or a Tottenham or a West Ham or an Everton to think that they won’t have their day against us, or make it difficult for us. And then, I suppose, the onus is on us to find a way.

“They were completely different games; Bournemouth and Tottenham. Bournemouth: we didn’t break the team down that came here, very organised, and determined not to give us space behind or in between the lines. Tottenham was different; we had space on the sides and we used it really well.

“So I think that inconsistency will always be there, and it’s how much you fight to make it as minimal as it can be… and that’s something that has been the beauty of Liverpool and Manchester City in the last few seasons; they’ve managed to bring the inconsistency levels down, down, down. We’re [still] working towards it.”

It’s the big problem facing Chelsea – how to achieve consistency at a time when the points are slipping away (as they did against Southampton) and the Blues’ grip on fourth place, and the Champions League, loosens.

Captain Cesar Azpilicueta also acknowledges it as a major issue. For him, it’s a case of “recovering respect”.

“We haven’t managed to score or win in the last couple of home games, and it’s a big issue if we want to keep the consistency and stay where we want to be,” he said.

“The fans want us to perform and get results, and we are not giving them that. It’s true at home; we face teams who sometimes sit back, more than when they play at home, and we can find more space. But it’s up to us to find a way.

“In the first half [against Southampton] we shot once on target. In the second half we got the ball in the box, we went past a defender, but we didn’t find the man in the box, or we didn’t create the chance to get a goal. We are putting ourselves in difficulty.

“It’s up to us to find always the consistency, the level to play home or away, against any team. We know every game in the Premier League is very tough. When teams see you are losing points at home they come with more confidence. We have to recover this respect at home.”

After away games against Arsenal and Brighton, Chelsea’s next home fixture is against Forest in the cup. Lampard has the advantage of having set out teams against Forest, home and away, last season when he was managing Derby, so he knows what to expect.

But consistency at home? It has to be earned, and it can only be earned by working on failings such as Chelsea’s poor shot ratio, and the lack of a player (Eden Hazard springs to mind) able, willing and prepared to make some fast, forward runs straight into the opponents’ box – defying defenders to trip him up – before unleashing firm, targeted shots at the goal, instead of constantly passing sideways in the hope of developing a better option.