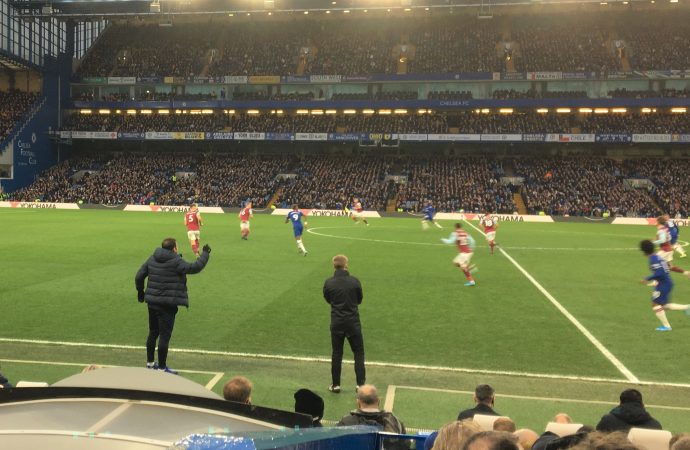 After a string of stuttering home league performances, Frank Lampard was finally able to welcome a straightforward victory as the Blues beat Burnley 3-0 at the Bridge. It was a good showing, although chance after chance to rack up a really serious win were squandered in traditional fashion. All in all, though, this was a

After a string of stuttering home league performances, Frank Lampard was finally able to welcome a straightforward victory as the Blues beat Burnley 3-0 at the Bridge.

It was a good showing, although chance after chance to rack up a really serious win were squandered in traditional fashion.

All in all, though, this was a ship-steadying exercise that left the fans traipsing home feeling happy about life and looking forward to away trips to Newcastle and Hull, in between a home tie against Arsenal.

Tammy Abraham had a fine afternoon… in fact there were no weak links in a match which saw the further blossoming of right back Reece James, who is on the brink of being offered a five-year contract to ensure other clubs keep their mitts off.

Lampard called the victory “a convincing win”, adding: “We played with a really positive attitude, particularly Ross [Barkley] and Callum [Hudson-Odoi]. We have set a standard today and we know we haven’t reached that recently.”

The Blues manager agreed that Reece James, who only recently turned 20, was the man of the match, dominating Chelsea’s right flank with intelligent running and cool passing. “He is still very, very young,” said Lampard. “In terms of his quality, he is getting better all the time. He is a big player in the making. If he keeps working hard he has a great chance.”

Chelsea started the game at the gallop, piling on the pressure with a string of quickfire corners, yet it was Burnley, against the run of play, who got the ball in the back of the net after 17 minutes – Ben Mee’s cross-box header finding Jeff Hendrick, who nodded home.

The Chelsea electronic scoreboard immediately flashed up: Chelsea 0 Burnley 1, but then VAR intervened (despite some very disparaging chants from the Matthew Harding end), and the ‘goal’ was chalked off for offside. It was a tight call. It was also a wake-up cry.

Nine minutes later, Willian was felled in the box by defender Matthew Lowton, and ref Kevin Friend pointed to the spot. Jorginho sent Nick Pope diving to the keeper’s right, while he calmly slotted the ball into the resultant space for 1-0.

Seven minutes before half-time it was 2-0; James chasing what seemed to be a lost cause, and hoiking the ball across from the byeline for Abraham to nod down and in.

A third goal came after four minutes after the break. As the ball sailed into the Burnley area, Abraham rose and missed it, only for Callum Hudson-Odoi to poke home at the far stick for his first league goal. After another heart-in-mouth wait for VAR to confirm it, the goal stood.

Other chances came and went, but Chelsea always looked in control after that rocky first-half spell, and this win will have done their overall confidence the world of good.

History was made. It was the 100th meeting between the clubs, and before this weekend, it was all-square in terms of wins.

Andreas Christensen made a Premier League start, and did well, with the first clean sheet at home in the league for two months giving the manager almost as much relieved pleasure as the win itself.