Beth and Emma are the tops 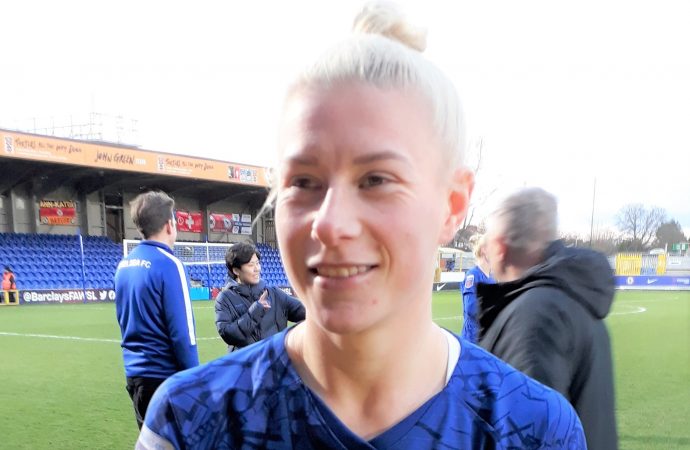 Chelsea Women have scooped both manager of the month and player of the month awards, with Emma Hayes AND Beth England winning the prizes, writes Jane Grove. Hayes, pictured below, now in her seventh season at Kingsmeadow, won the January monthly gong in the Women’s Super League, despite many predicting it would (nostalgically) go to

Hayes, pictured below, now in her seventh season at Kingsmeadow, won the January monthly gong in the Women’s Super League, despite many predicting it would (nostalgically) go to Nick Cushing of Man City, who has now left to take up a new job in the States.

But Hayes’ three-out-of-three win record in the Women’s Super League (with 13 goals for, and three against) saw her receive the trophy, which is voted for by the public and by a panel of the great and the good.

Beth England, above, scored four WSL goals during a month where her hard work and unerring net-finding ability might have been overshadowed by the arrival of Aussie striker Sam Kerr.

Hayes dedicated her award to her backroom staff, explaining: “The team’s performances have gone to a higher level, and that is not just down to the players but also the people behind the scenes.”

Of her winning striker, Hayes added: “Beth’s willingness to do absolutely anything for the team, both in and out of possession, makes her a stand-out team player. She has probably been the most improved player in the country over the past two years, and fully deserves the recognition she is getting both at club and international level.” 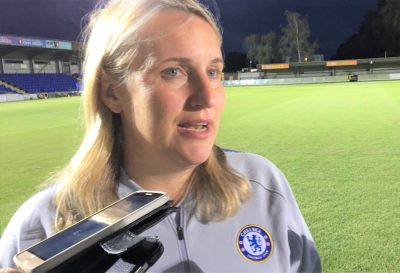