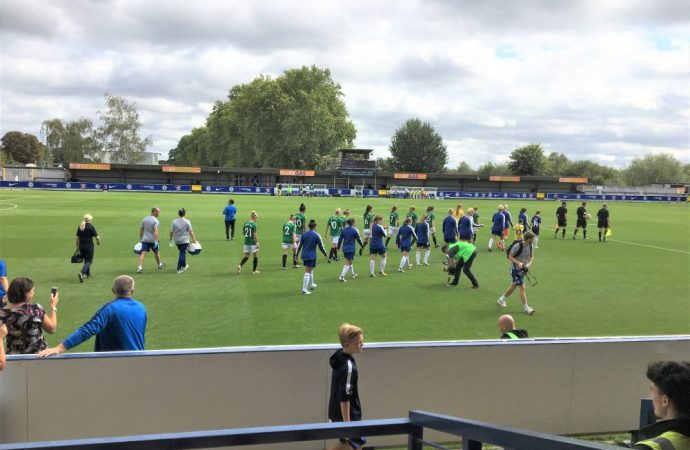 Chelsea Women, and the other teams in the Women’s Super League and Championship, have agreed to do the sensible thing – officially end this virus-interrupted season and focus entirely on starting afresh in August. Unlike the Premier League, both the WSL and Championship decided “in the best interest of the women’s game” to call it

Chelsea Women, and the other teams in the Women’s Super League and Championship, have agreed to do the sensible thing – officially end this virus-interrupted season and focus entirely on starting afresh in August.

Unlike the Premier League, both the WSL and Championship decided “in the best interest of the women’s game” to call it a day.

There are still issues to finalise, such as who have theoretically won the title and (perhaps more importantly) who will qualify for European football in 2020-21, but as the women’s game is continuing to grow, the sport has an opportunity to take a deep breath, keep organically expanding… and buy time to put in place the measures that will be needed for the fresh season to go ahead in a changed climate.

The Premier League, which is caught between a rock and a hard place over huge player wage bills and the threat of having to repay millions to broadcasters for not providing live football for months, is persisting with the aim of completing 2019-20 matches in empty stadiums; a move that will run the men’s clubs straight into the next season.

But the women’s game, with its more modest TV deals and relatively low wages, is able to call a dignified halt to a season that most fans, players and officials have already given up on in their minds.

The women’s decision means clubs can properly weigh up options and have time to plan ways of playing, ways of distancing and maintaining safety, and ways of making it possible to spectate without needless risk in the new coronavirus era.

As crowds at Kingsmeadow in Kingston are much lighter than at Premier League grounds, Chelsea Women should be able to work out some form of separating supporters – perhaps allowing family groups to clump together, as the sport has established itself as such a family-orientated activity.

With the season now prematurely ended, Chelsea Women sit second behind Man City, but with a game in hand. How that will affect the final agreed placings is intriguing, but largely immaterial.

If goals are taken into account, Chelsea have 47 to their name (Arsenal Women, 40; Man City 39). If the title is given to the teams playing the most attractive football, it would be a narrow tie between the Blues and City, with Arsenal a smidgen behind.

And if the title is awarded to the team with the best manager, it’s Chelsea by a country mile. Emma Hayes, the Blues gaffer, was named manager of the season in a BBC lockdown poll – and deservedly so. Chelsea are the only team in the WSL to be undefeated this season; a run of form which includes a dozen victories.

Whatever is decided, the breathing space that the enlightened bosses of the women’s game have created may prove the best decision anyone in football has made for a while.

It’s now up to the clubs, the FA Women’s Super League & Women’s Championship Board to present their thoughts to the FA Board, which will then determine and announce the most appropriate sporting outcome for the 2019/20 season.

It is entries for the 2020-21 UEFA Women’s Champions League which the top three clubs will be watching most closely. Arguably the fairest solution is to build on the steady expansion and award WSL teams three entries.

Whatever is decided, only Chelsea Women are in a position to truly crow about the season, having won and celebrated the Continental League Cup trophy thanks to a 2-1 victory over Arsenal shortly before lockdown.