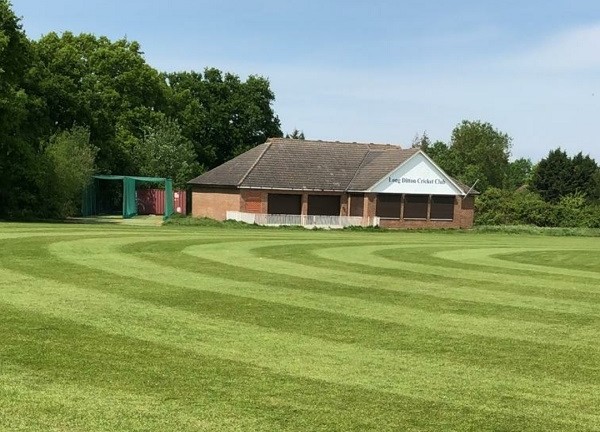 It seems to be a war of attrition between mobile phone companies wanting to build telephone masts and the residents whose communities will be affected by them. The latest application on The Good Life’s radar is a bid by Telefonica/02 to build a 69ft (21m) mast at Long Ditton Cricket Club. This follows attempts by

It seems to be a war of attrition between mobile phone companies wanting to build telephone masts and the residents whose communities will be affected by them.

The latest application on The Good Life’s radar is a bid by Telefonica/02 to build a 69ft (21m) mast at Long Ditton Cricket Club. This follows attempts by EE to build a 49ft (15m) mast on Long Ditton’s village green (decision still pending), and for a massive 82ft (25m) mast in Victoria Recreation Ground off Balaclava Road, Surbiton, which was given the heave-ho by Kingston planners.

Long Ditton Residents’ Association is opposing the latest bid to build a mast on Green Belt land at the cricket club in Stokes Field off Betts Way, while the club is in discussions with its members, Stepping Stones (the pre-school which rents the pavilion) and its neighbours about the proposal.

Mark Herbert, vice chairman of the residents’ association, said: “The LDRA committee fully acknowledges that Long Ditton village desperately needs a significant improvement in mobile communication service, and has no issue with the technology being used. However, as with the application for a mast at ‘Manny’s green’, the LDRA objects to this application on the grounds of location.

“Given how hard the committee, and its seconded volunteers, have fought to protect and preserve the precious Long Ditton Green Belt land, we cannot support an application for development on it, irrespective of purpose or size.

“We are talking with all four Long Ditton councillors to see if we can get these telecommunication companies to coordinate their efforts and liaise with us.”

Meanwhile the cricket club is in discussion with its members, Stepping Stones (the pre-school which rents its pavilion), its neighbours and Telefonica’s agents about the bid to build the mast in its car park.

“We are always open to looking at ways we can develop the club, providing it is mutually beneficial and acceptable to our neighbours and others who use Stokes Field,” said club treasurer Richard Smith.

“It is true the plan is to site the mast in the car park behind the clubhouse. That may be the least worst location practically, but we would be looking to see some substantial improvements to Stokes Field in order to support the proposal.”

Opi Outhwaite, chair of the pre-school committee, said: “We are talking to our landlord (the cricket club) to find out whether the company building the mast would be investing in the club and local community. As of right now it sounds like they are not and so we will oppose the planning.”

The Dittons councillor Nick Darby said he would also be opposing the application: “At the very least, the mast will be six metres higher than the nearby trees, it would be within the Green Belt, not obviously “exceptional circumstances”, and next to a well-used footpath from Surbiton Hockey Club to Stokes Field.

“While one cannot object in planning terms on the basis of scientific issues, parents who use Stepping Stones may take a different view.”

Cllr Darby said he thought a mast register would be hugely useful, to show who owned the masts, which providers used them, and what the coverage was. He said it would be even better if Elmbridge Borough Council and the local community worked together to see what agreement might be reached on suitable locations, both for masts needed to serve residents and local businesses, and also to understand what was needed to provide coverage for rail users.

“In a perfect world this might somehow be included within or alongside the Local Plan and regularly updated. Surely it is best to take a proactive approach than be at the whim of whoever next applies for a new mast?”

He said separate to all this were the commercial interests of the cricket club whose lease runs out in four years, as well as the position of the council as their landlord.