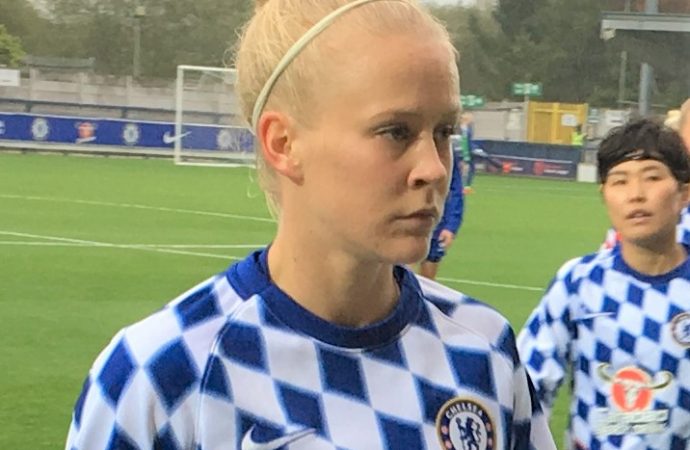 The inevitable summer departures have begun at Kingsmeadow as Emma Hayes turns her thoughts to the shape of the squad for 2020-21. A trio of Chelsea Women have exited the club, with underused striker Adelina Engman (pictured above), versatile defender Deanna Cooper and dependable midfielder Anita Asante all leaving… as champions. All three suffered serious

The inevitable summer departures have begun at Kingsmeadow as Emma Hayes turns her thoughts to the shape of the squad for 2020-21.

A trio of Chelsea Women have exited the club, with underused striker Adelina Engman (pictured above), versatile defender Deanna Cooper and dependable midfielder Anita Asante all leaving… as champions.

All three suffered serious injuries in their time at Kingsmeadow, limiting the chances to show what they were really able to offer.

Engman never managed to push to the front of the queue of Chelsea strikers, even when Fran Kirby’s health issues offered hope of more appearances.

The Finnish forward, who turns 26 in the autumn, has switched to the French Division 1 side Montpellier, where her skills will be used to solve the perennial conundrum: how to haul Lyon off their pedestal.

Engman, who took over Katie Chapman’s No17 shirt, described her two years at Chelsea as a rollercoaster. “I’m thankful for having been a part of this amazing club,” she said, adding that injuries (most recently a thigh issue) had interrupted her progress.

Hayes valued and respected Engman, as much for her footballing brain as her performances. “I know she hasn’t had the best couple of years, due to injury, but she’s made telling contributions when they mattered,” said the manager.

Engman has already made 68 appearances for the Finland national team.

Cooper, right – coming on as a sub at the start of this season – arrived at Chelsea in 2017, from London Bees, but an anterior cruciate ligament injury restricted her to 29 appearances for the club.

Her crowning moment was a 35-yard screamer in a 1-1 League Cup draw with Reading in December last year – the goal of her career so far, which had 1,783 fans at Kingsmeadow leaping to their feet. She controlled with her left, let fly with her right and was mobbed by team-mates as the ball flew home.

The No21, who has just turned 27, said of her chums at Chelsea: “You guys have made me a better player and an even better person. To the staff and supporters, I will never forget all you have done for me.”

Former Blues goalie Hedvig Lindahl said of Cooper: “When you are at your best, not many can beat you!”

Approachable, chatty but always modest and thoughtful, Cooper’s footballing future is uncertain. “It’s time for me to move on and continue to chase my dreams,” she said – giving nothing away.

“Her injuries made it difficult at a big club like ours to get back in the team on a regular basis,” said Hayes, describing her as “a valuable team member on and off the pitch”. 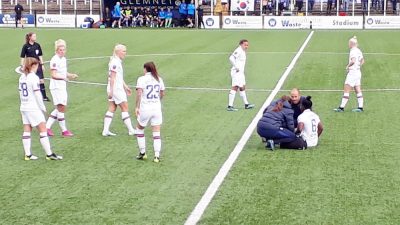 ‘Neetz’ Asante, the 35-year-old No6, had two spells at Chelsea, including one in her early 20s, and may now focus on boosting the women’s game after she completes her PhD on women’s football governance.

It was a thigh injury, sustained against Palace in the Conti Cup on Bromley Town’s plastic pitch, pictured, that put paid to her career.

Four minutes had elapsed when she fell to the ground, clutching her right leg. “I think it’s a torn muscle,” she told The Good Life at the time. It proved to be a quadricep tendon tear. Hayes said in the post-match interview: “I’m absolutely gutted for her; she’s such a pivotal part of this team.”

A vocal campaigner against racism, Asante said she was proud to be declared a champion in the truncated WSL season. “It’s the best outcome; I’m a very proud Chelsea player, although my journey is ending at the club. It’s been emotional.”

Hayes said of the player: “I’m full of pride about the person she is.”