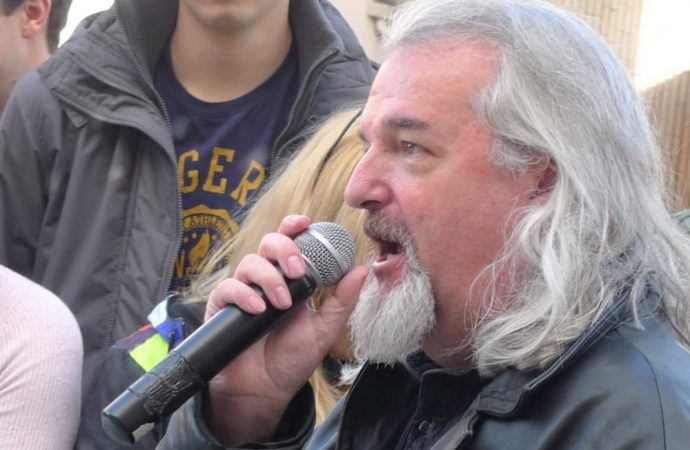 Congratulations to the group which organises wacky events such as Surbiton Ski Sunday, and regeneration initiatives including Tolworth’s food and arts and crafts market. It has hit the jackpot in the latest batch of Arts Council grants. The Community Brain has been given £28,843 to help it weather the coronavirus crisis. Although the pandemic has

Congratulations to the group which organises wacky events such as Surbiton Ski Sunday, and regeneration initiatives including Tolworth’s food and arts and crafts market. It has hit the jackpot in the latest batch of Arts Council grants.

The Community Brain has been given £28,843 to help it weather the coronavirus crisis.

Although the pandemic has forced the cancellation of most of the community interest company’s scheduled events this year, including the Surbiton Food Festival, summer sports day on the Victoria recreation ground and Seething festival, it will mean there’s enough in the coffers to bounce back strongly next year.

Gaining the generous grant is a real feather in the cap for the group run by Robin Hutchinson (pictured above at a past Ski Sunday on St Mark’s Hill)… it is the only organisation in Surbiton, Tolworth or Berrylands to share in the government’s £1.57billion support package for the UK arts sector. 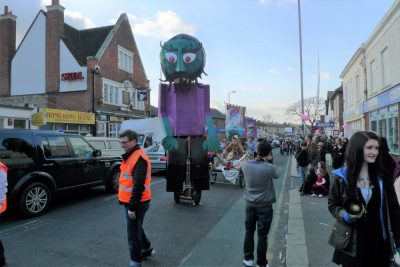 Robin seems to have the Midas touch! As well as the financial support for The Community Brain – described by Arts Council England’s emergency response fund as a ‘non discipline-specific’ group as it encompasses such a wide range of projects – the Kingston-based charity Creative Youth, of which he is founding trustee and chair, has been awarded £35,000.

Its annual event, the International Youth Arts Festival for the under-27 age group, was forced to become an online-only activity this year because of government restrictions on the arts due to the coronavirus crisis.

Robin is also a founding director and trustee of Kingston’s Rose Theatre, whose trust has been awarded a further £35,000 in the tranche of grants published last week.

Few arts and events organisations in south-west London are as inventive or prolific as The Community Brain, set up a decade ago to develop local neighbourhoods through engaging with the arts, business, education and heritage and focusing on ‘place not space’.

It opened the Museum of Futures in Brighton Road with the help of Greater London funding, and fitted a Community Kitchen. 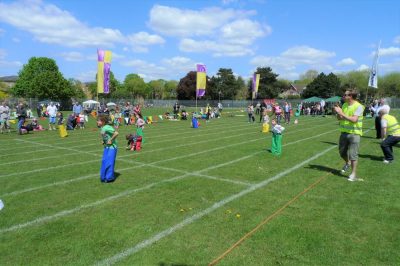 In 2016, the Community Brain was given a cheque for £25,000 by sports presenter Gabby Logan after triumphing in the Britain Has Spirit competition.

And in March 2018 the group, in conjunction with Kingston Council, secured £385,239 from the Greater London Authority’s Good Growth Fund for its community-led regeneration project SHEDx.

SHEDx, which among other activities has promoted suburban farming and community planting along Tolworth Broadway and in other areas of the borough, looks as if it will be resuming activities sooner rather than later.

An easing of lockdown means that the First in Tolworth market (pictured below), which is staged opposite Our Lady Immaculate, aims to resume on Sunday August 2, 11am-3pm, with a mix of craft and food stalls on the slip road. 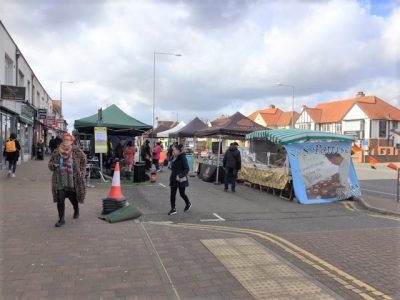 The only other Arts Council emergency grant recipient with a Surbiton connection in the latest list is the Hinchley Wood-based project It’s Not Your Birthday But (based just across the borough boundary in Elmbridge).

It has been awarded £4,875 for activities such as encouraging letter-writing by young people to brighten the lives of lonely elderly residents – a creative initiative which has made a positive impact on the residents of Surbiton’s Star & Garter home.

Its purpose is to “help them stay afloat while their doors are closed” and to support staff and freelance workers who depend on them.

“This money will help safeguard the sector for future generations, ensuring arts groups and venues across the UK can stay afloat and support their staff while their doors remain closed and curtains remain down,” said the PM.

It led Andrew Lloyd Webber to say: “This news is truly welcome at a time when so many theatres, orchestras, entertainment venues and other arts organisations face such a bleak future.

“I know how hard Oliver Dowden has worked to secure this support. It is absolutely critical that Britain’s cultural sector is restored to health as soon as possible.”