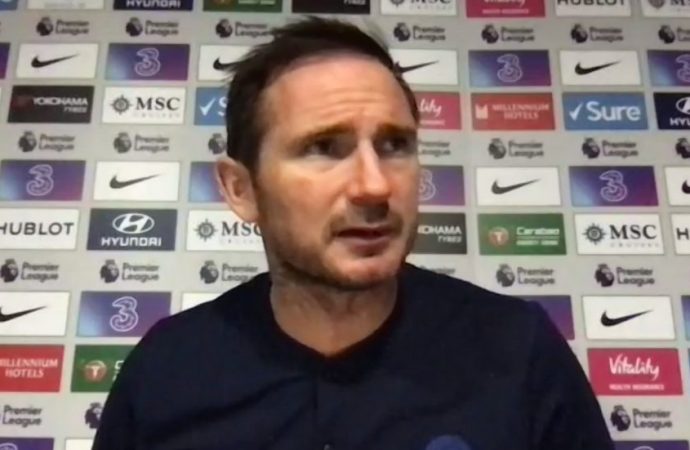 Some have questioned his tactics recently, but Chelsea manager Frank Lampard got them spot-on at Wembley to cruise past Manchester United in Sunday’s FA Cup semi-final and set up an August 1 clash with Arsenal in an all-London final. That the Blues so completely dominated a match in which – on form – they were

Some have questioned his tactics recently, but Chelsea manager Frank Lampard got them spot-on at Wembley to cruise past Manchester United in Sunday’s FA Cup semi-final and set up an August 1 clash with Arsenal in an all-London final.

That the Blues so completely dominated a match in which – on form – they were second favourites was little short of remarkable.

But the Chelsea team that marched out to deafening silence on Sunday evening was the team that eclipsed Leicester City in the second half at the King Power, rather than the team that succumbed to Sheffield United last weekend.

Every player hassled and harried United, denying them any time on the ball. Then the overwhelming possession that Chelsea secured wore down the Mancs’ spirit in what proved to be a one-sided romp, aided by a couple of goalkeeping howlers by the usually dependable David de Gea.

The Blues went into the game on the back of three defeats to United this season, but stand-out performances by scorers Olivier Giroud and Mason Mount, and an assured showing by Reece James – who Ole Gunnar Solsjaer had identified as the ‘weak link’ – set up a barnstorming display by Chelsea that simply overwhelmed a Red Devils side that looked demoralised by the break.

That half-time break came 13 minutes after the standard 45 because of a string of unfortunate head clashes.

But that couldn’t be used as an excuse by the United gaffer. With both managers trying to outwit the other by playing with an unfamiliar three at the back, it was Chelsea who instantly adapted and capitalised. The Blues also had two days extra to plot, plan and train, which certainly helped.

United pulled one back late on with a penalty, but Giroud, Mount and an own goal forced by Tony Rudiger’s pressure had already won the match.

Afterwards, Mount said that the team was going to focus wholeheartedly on the last two league games against Liverpool and Wolves. “They’re massive games in the league, and we want to gain that third position [in the Premier League] and keep it,” he said.

Lampard concurred. “It was the work ethic and performance,” he said, when asked to put his finger on what had led to such a dominant display.

“We played with a system which we hadn’t played with for some time. In the early part of the game we were on top, and when they changed their system I thought we were even better!”

He added: “I’m really proud of the lads. Today was a performance full of character and personality, and we had leaders all over the pitch. The players should take confidence from that and continue being leaders for us as they come in all different forms.”