It’s a lonely life in goal 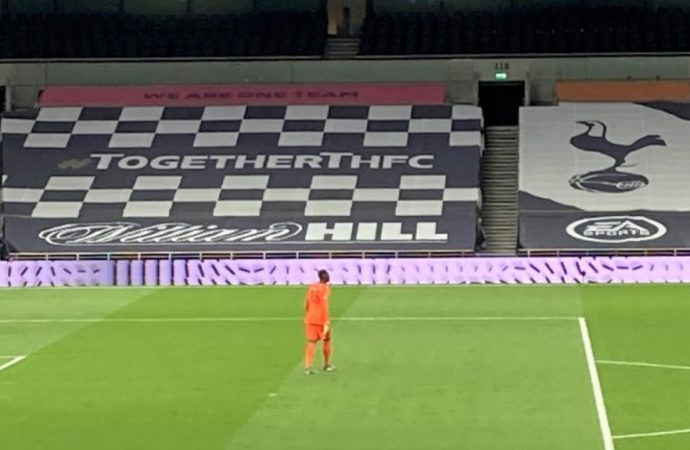 Meet Eddie Mendy, the Blues’ new netminder. At 6ft 6in he’s an imposing figure… but it is a lonely life for long stretches, as he found at White Hart Lane on Tuesday night, when Chelsea were knocked out of the League Cup on penalties. Spurs were second best for much of this contest, which spent

Meet Eddie Mendy, the Blues’ new netminder. At 6ft 6in he’s an imposing figure… but it is a lonely life for long stretches, as he found at White Hart Lane on Tuesday night, when Chelsea were knocked out of the League Cup on penalties.

Spurs were second best for much of this contest, which spent interminable spells deadlocked in midfield, leaving both Mendy and Tottenham’s keeper Hugo Lloris – five years Mendy’s senior – marooned; reduced to barking orders in the empty, cavernous stadium.

In the end, Mason Mount’s spot kick hit the post and bounced harmlessly away (though Lloris may argue he had it covered) to give Jose Mourinho yet more fixture congestion, and deny his former charge Frank Lampard, in this master/pupil duel, a fresh route to silverware.

Mendy did well. There was little to do, but he did that little with assurance, leaving an even lonelier figure warming up at half-time and sitting in the stand… Kepa Arrizabalaga. What hope is there now of Kepa being given a chance to prove himself after some patchy past performances? Frankly, none.

Chelsea took an early lead in a first half they dominated. With 19 minutes gone, Cesar Azpilicueta galloped down the right, left Sergio Reguilon on his derriere after cutting in, and delivered the perfect square ball for Timo Werner to fire home through a thicket of defenders.

Mourinho and Lampard exchanged words soon afterwards, summing up the surly Mourinho’s current outlook, but Lampard tellingly turned away to his bench to grin broadly, as if to say ‘He’s rattled!’

The loneliness of the long-distance keeper – Mendy has travelled from France to bolster the goalie’s position at Chelsea – was underlined by the emptiness of the stadium, for what would have been a packed house and a cup atmosphere. It really is soulless and despairing to have no supporters present; not like football at all.

Reporting on matches is just as strange, with a facemask, a gap of two seats to the nearest fellow hack, and the stadium tannoy blasting out rap songs at full volume, it’s hardly an experience to treasure. 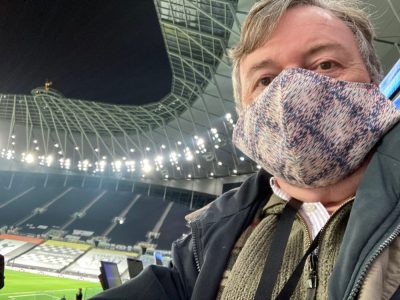 Mendy is vocal, passionate, loud, commanding and authoratative. Any time the defensive line ahead of him drifted back towards him, he burst into an animated chorus of ‘Out, out, out, out’, like a firebrand union leader addressing a rally of workmates in the 1970s.

For Chelsea, though, man of the match was Azpilicueta. His inventive runs, his concentration and his majestic command from the right back position gave the Blues the platform to win the game. He actually seems to be getting younger, not older.

The fact that Chelsea didn’t seize the opportunity is partly down to tactics and partly to the continued time it is taking to fully integrate newcomers.

Spurs were allowed the run of their own park in the second half. Chelsea should have closed them down and added to that one-goal lead… but they didn’t. With six minutes remaining, Eric Lamela found himself in space in front of goal, and levelled.

Then came the shoot-out, with neither goalie making a save… but Mount missing the target by a whisker for a 5-4 penalty victory.

The oddest incident of the night came when Eric Dier raced off the pitch in the 77th minute to go to the loo, hotly pursued by a livid Mourinho who chased after him into the changing room! “I’m proud of the players… even the ones not on the pitch,” said the Spurs manager pointedly afterwards. 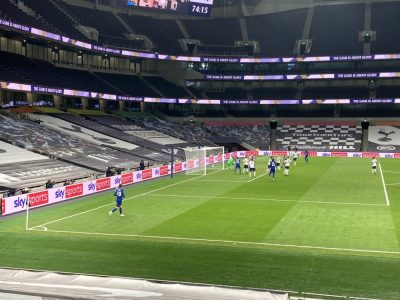 With left-back Ben Chilwell and Eddie Mendy starting, it was a chance for Lampard to assess how his £200m of summer investment is looking. “I can’t be unhappy for a lot of the performance,” said Lamps. “I keep saying the same thing but there’s no doubt that if you look at our first-half performance and some of the great stuff we did, that’s going to keep coming. To sustain that for 90 minutes with the fitness we’ve got is hard – you can see they were dead on their feet at the end. Tottenham had an extra two weeks of pre-season.”