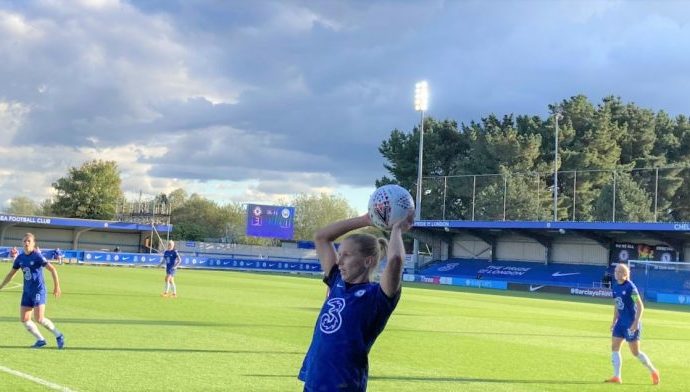 Chelsea made an emphatic statement at Kingsmeadow on Sunday, defeating arch rivals Manchester City 3-1 as the summer signings showed they’d bedded in properly, and the team showed a united, purposeful front. At times it was frantic end-to-end stuff, but the Blues always had the edge, and as dark clouds rolled away to be replaced

Chelsea made an emphatic statement at Kingsmeadow on Sunday, defeating arch rivals Manchester City 3-1 as the summer signings showed they’d bedded in properly, and the team showed a united, purposeful front.

At times it was frantic end-to-end stuff, but the Blues always had the edge, and as dark clouds rolled away to be replaced by blinding low sun, manager Emma Hayes beamed with pleasure.

Of course, she still found plenty to work on in training as Covid’s grim tentacles once again intrude on the club’s fixture list.

Having played three games in a week, Chelsea now have three weeks without a game! A positive test among Aston Villa Women means that next weekend’s game is off and – combined with international diversions – the Blues haven’t a competitive tie until early November. 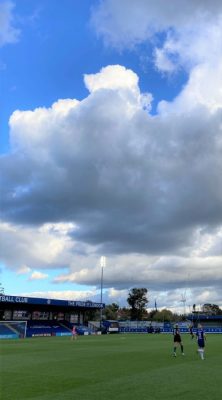 A well-taken penalty from Maren Mjelde, a morale-boosting goal from Sam Kerr and a cool, calm slot-in from the reborn Fran Kirby were enough to clinch this critical Women’s Super League victory.

A handball from Millie Bright allowed City a glimmer of hope with less than 20 minutes remaining, but Chelsea controlled this match from first to last, and anything less than three points would have been a travesty.

“I thought that defensively as a team, and from the front, we carried out what I asked us to do, and we did that with a lot of diligence in the first half,” said Hayes afterwards.

“We won our 1v1 battles everywhere; that was one of the reasons that we dominated, and going forward… the scoreline may not reflect the play, and we had a lot of open-plan chances. We need to look at that; for all the chances we created, we need to finish.

“If we don’t finish our chances, we’re going to leave [opponents] in the game. We’ve got another level in us. We can do more, and I won’t stop until we’ve achieved everything I’ve set for us.”

This was an immensely enjoyable match – again played, frustratingly, without fans present. It flowed and ebbed, punctuated by sharp passes and crunch tackles (one from Bright earning her a first-half yellow card).

In the 36th minute, Chelsea were awarded a corner after Erin Cuthbert’s fierce shot struck Demi Stokes. Mjelde did the honours.

City tried to impose their authority on the game in the second half with a string of substitutions, but Chelsea held firm, adding a fine second in the 57th minute when Fran Kirby squared from the right during one of the Blues’ galloping counterattacks, and Sam Kerr met it with the perfect connection to beat Ellie Roebuck.

City’s penalty in the 73th minute allowed Chloe Kelly to claw one back, but Kirby’s individual effort (fed by Cuthbert) with 10 minutes remaining made the game safe. She latched on to the ball, rounded Roebuck and slid home into an empty net.