Megan’s gets set to open 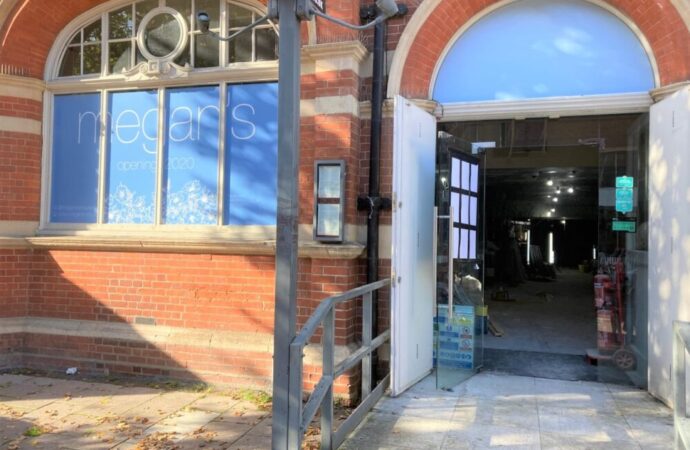 Surbiton’s newest restaurant is just weeks from opening, and aims to launch by early December. Megan’s is the replacement for Zizzi in the high street, and is already being described by the chain as ‘Megan’s At The Post Office’, playing up surviving relics of its former incarnation as Surbiton’s main PO, such as the outsize

Surbiton’s newest restaurant is just weeks from opening, and aims to launch by early December.

Megan’s is the replacement for Zizzi in the high street, and is already being described by the chain as ‘Megan’s At The Post Office’, playing up surviving relics of its former incarnation as Surbiton’s main PO, such as the outsize letterbox in the wall.

When it reopens as the town’s largest-capacity restaurant, it will be precisely a year since Zizzi closed.

Hard to believe, but it was Saturday November 24 2019 that Zizzi (pictured below in spring 2019) suddenly and dramatically shut down its prime site opposite Sainsbury’s, sacrificing the lucrative pre-Christmas party trade that brought in so much of its income after a corporate decision was taken to close half a dozen of the chain’s 25 restaurants as an urgent cost-cutting measure, long before coronavirus was even being mentioned in the news. 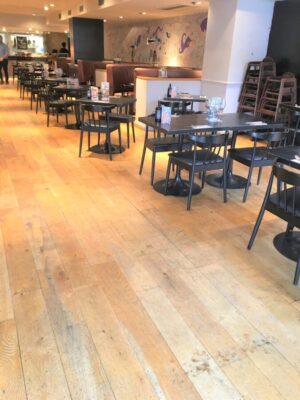 Megan’s similarly caters for parties and groups… but not at present. The gathering-of-six rule currently applies.

It will have a real tree growing up the circular staircase that leads down to the loos, and will open throughout the day (Covid rules permitting), from 8am for breakfast to late evening.

What’s on the menu? Well, it’s an all-day brunch kind of place, serving hearty breakfasts (poached eggs are a speciality) until around 5pm every day, then diversifying into a Mediterranean-style eatery including kebabs.

The chef at the new Surbiton branch is Turkish.

There are happy hours, cocktail hours, early-bird meal deals and so on, and Megan’s has some distinctive offerings such as coconut cappuccinos.

It is laptop-friendly, has plenty of plug points with a promised strong WiFi signal, and is encouraging Surbitonians to use it as an office away from home, insisting that it doesn’t mind if you hang around all day nursing one cold cup of tea.

The Megan’s chain began in 2002 in Chelsea. It donates a small percentage of profits to local charities as a corporate policy, and it’s currently recruiting via instagram (@megansrestaurants). 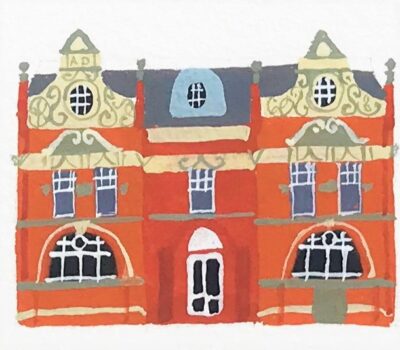 Just like Wags n Tales around the corner in Brighton Road, Megan’s makes play of the fact that it’s dog-friendly.

Although a precise opening date has still to be formally announced, the word on the streets is that by the last week of November it expects to be welcoming diners.

With many Surbiton restaurants really feeling the strain of lockdown and the pandemic (Allegro’s doors, further up Victoria Road, remain resolutely bolted, and the Duke pub opposite the Vic shows no sign of reopening), the opening of Megan’s is seen in the local business community as a huge boost to the high street and a vote of confidence in the longer-term night-time economy of Surbiton.

This picture of the old post office building is part of local artist Lisa Tolley’s homage to Surbiton. celebrating the landmark as one of the town’s notable structures.