The perfect day out? 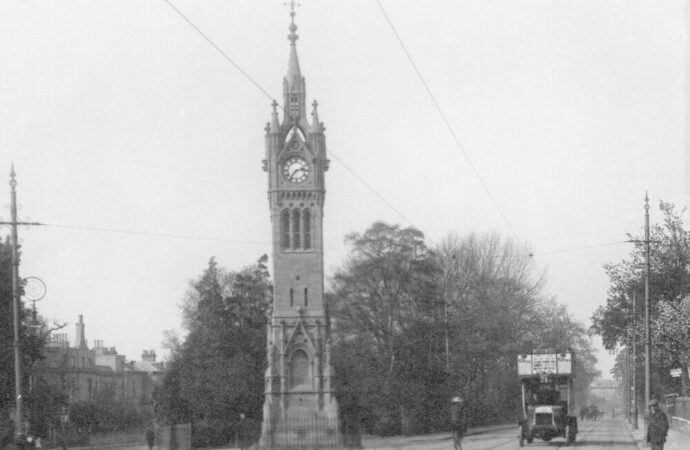 Let’s take a moment from the absolute disgrace that is 2020, and focus on the important fact that the Coronation clocktower by the entrance to Waitrose car park is rated on Tripadvisor as the fifth best thing to do in Surbiton. I told you this was important. If you’re surprised by this, then perhaps, like

Let’s take a moment from the absolute disgrace that is 2020, and focus on the important fact that the Coronation clocktower by the entrance to Waitrose car park is rated on Tripadvisor as the fifth best thing to do in Surbiton.
I told you this was important.
If you’re surprised by this, then perhaps, like reviewer FunkyWildcat, you’ve ‘walked past this many a time so it’s become normal I suppose’, which is exactly how I imagine people who walk past, say, the Pyramids feel each day.
Admittedly there is some confusion on Tripadvisor as to the clocktower’s place on the list – as Alex W a little irately points out, it’s ‘not actually something to do’ – and a feeling that one shouldn’t go out of one’s way to look at it, but ‘if you walk past it, great’.
I think what Alex W is saying is that the following scenario probably wouldn’t go down very well:
MUM: Right kids, it’s the first day of the summer holidays, guess what we’re doing today?
KIDS: Strawberry picking!
MUM: Nope.
KIDS: Guildford Spectrum!
MUM: Nope.
KIDS: Legoland!
MUM: Nope.
KIDS: (breathlessly) Not… not Disneyworld?!!
MUM: Nope… the clocktower by Waitrose!
Mum’s smile fades as her children seem to age 1,000 years in front of her.
On the flip side, there is some serious clocktower appreciation on display, with Pumbridge going so far as to say ‘Goodness me, we’d miss it if it disappeared’. I mean, I’m all for historic landmarks (it was built in 1908 to commemorate the coronation of Edward VII, don’t you know), and as clocktowers go it’s… nice… but it’s… it’s not St Paul’s, is it? If St Paul’s Cathedral suddenly disappeared one can imagine a bit of a hoo-ha, but if Surbiton’s clocktower suddenly disappeared, the owners of the Clock Tower Cafe would have the mild irritation of changing its name to, I don’t know, the Waitrose Car Park Cafe. But… would we miss it?
John M sagely concedes that he ‘cannot expect it to be much more than a distraction from the heavy traffic that passes it’, but he does point out that ‘as a fan of, and annual visitor to, Surbiton, I’m glad the clocktower exists’, which leads me down the rabbit hole of being incredibly interested in John M’s annual pilgrimage to Surbiton. Weird to think people may actually leave their own towns to visit Surbiton.
I mean, we’re pretty cool but we’re not exactly New York, are we?
At least now I’ve brought this landmark to your attention you might notice it, and some may try to make it something ‘to do’. Though I’d ask that, before you do, think of the children.