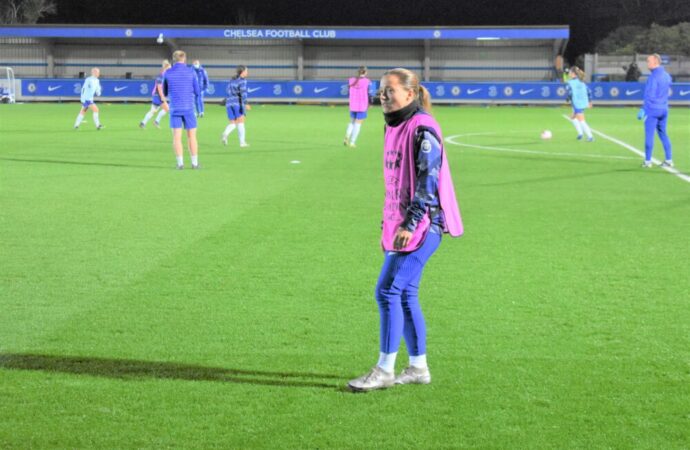 Chelsea have sent its women players food hampers as they face a week and a half of self-isolation across Christmas following a string of positive Covid tests. It’s a gesture that has been appreciated by the players. “Thanks so much Chelsea for this amazing hamper getting us through Christmas,” said Beth England, while Fran Kirby

Chelsea have sent its women players food hampers as they face a week and a half of self-isolation across Christmas following a string of positive Covid tests.

It’s a gesture that has been appreciated by the players. “Thanks so much Chelsea for this amazing hamper getting us through Christmas,” said Beth England, while Fran Kirby – pictured above, warming up ahead of last week’s Benfica game – shared the contents of hers with her Instagram followers after piling it up on her kitchen table.

Nestling among the fruit and veg (with a bunch of bananas particularly prominent) is a drizzle cake, a cup cake… and four large milks (see right). 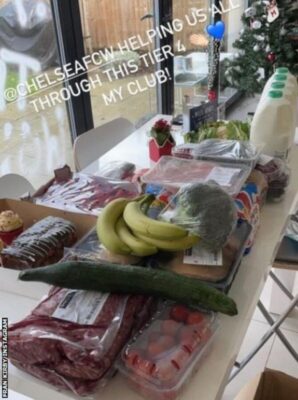 But these are worrying times. Here are the stark facts. In the week to Dec 13, four footballers in the Women’s Super League and Championship tested positive for Covid-19. But in the week to Dec 20 – in figures released by the FA today – 32 were positive.

Although the FA won’t go into detail about which clubs are affected, we know for sure that Chelsea and West Ham are among them… both in Tier 4, where the new variant of coronavirus is (in the words of the Health Secretary) out of control.

It is probably just as well that we are now in the three-week mid-season winter break for women’s football. Chances are, had the season continued across Christmas, cancellations would have outnumbered fixtures played.

Chelsea players are grounded; unable to travel home, despite all having made travel arrangements to do just that.

So where are Chelsea, form wise? They sit third in the table, although they have two games in hand over high-flying Man Utd. If they win those, they would go top on goal difference. Arsenal are in second, but they’ve also played two extra games. One win would see the Blues leapfrog the Gunners, despite the north Londoners having a vastly superior goal difference, thanks mainly to Vivianne Miedema’s remarkable scoring record.

Chelsea Women are not due to get together again until Monday January 4, to train ahead of the away game on Sunday January 10 against Reading. That fixture’s viability will depend on tests in the week leading up to the match, but the cancellation of Chelsea v Spurs last weekend highlights the risks players face when one gets ill in a tight, close-quarters bubble.

The postponement denied the rejuvenated Fran Kirby a chance to shine again. Kirby, who missed 10 months after a career-threatening inflamation around her heart sapped her strength, has bounced back so impressively that she could now give a greyhound a run for its money. 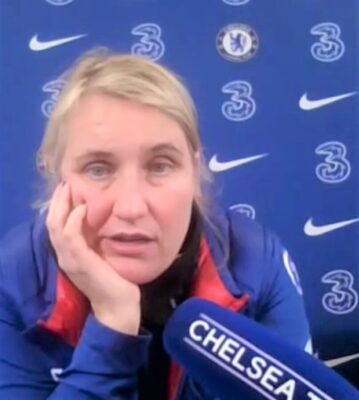 Blues gaffer Emma Hayes is in awe of the diminutive striker’s determination and willpower; the product of months of hard work and focus in the gym. Still only 27, despite accumulating the wisdom of someone twice her age, Kirby has defied doctors who suggested that her severe bout of pericarditis would mean she may never play football again.

“I don’t know what she eats for breakfast,” Hayes, left, told The Good Life. “There might be some secret in that!” Joking aside, Hayes has observed Kirby closely during the long months of inaction – keeping an eye on the forward’s mental state as well as her physical recovery.

“This is someone who’s gone through a lot, and has had to sit on the sidelines and watch,” she said, pointing out that such a prolonged bout of introspection had made Kirby appreciate just how important her footballing career is.

For Hayes, that outlook is key. “I think it’s an extremely positive mindset,” she said. “She manages setbacks well. She’s matured, she’s responsible, she’s thoughtful, she’s selfless… and I’m fortunate to be in a postition to coach her in my career. I’m extremely grateful.”

In the brief window between lockdowns when fans returned to Kingsmeadow for the recent league game against West Ham, Kirby’s name was chanted regularly. “Fran always talks about how loud they are as a fan group,” said Hayes. “Fran is a national treasure, and we must look after her the best we can.”

Cancellation of the Tottenham game means Chelsea must wait until January 17 to attempt to win their 13th home WSL game on the spin, to set another new record. That promises to be a real six-point cruncher as Man U are the visitors.